Experience our four-course meal from the comfort of your own home. We'll deliver your meal right to your doorstep*, along with the reheating instructions. Join us as we celebrate great cuisine with Jack Bishop from America's Test Kitchen!

Dinner includes four courses and a specialty cocktail from ATK's "How to Cocktail" recipe book. Meal prepared by Rich’s Catering and Special Events

*Unfortunately, we can only provide local delivery in Western NY.

Eat along with Jack as he demonstrates how to make British-Style Currant Scones and answers your questions! We’ll provide you with the scones and the recipe*!

*Unfortunately, we can only provide local delivery in Western NY. 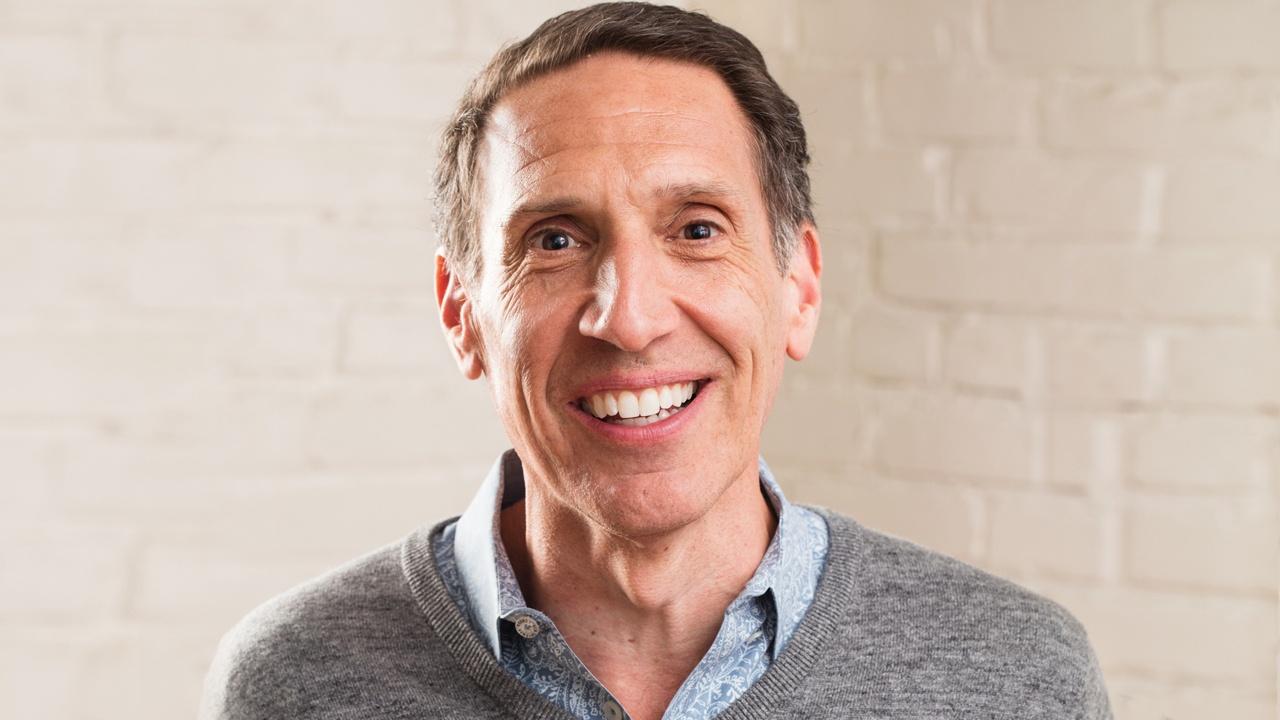 Jack directed the launch of Cook’s Country magazine in 2005 and the building of the company’s book publishing division.

Jack is the author of several cookbooks, including Vegetables Every Day and The Complete Italian Vegetarian Cookbook.

You know Jack Bishop from his taste test segments on America’s Test Kitchen. But Jack is more than just the man who hides samples of pantry staples underneath black bags and watches as unwitting tasters suffer through half a dozen sips of soy sauce. While he’s not indulging in this special sort of schadenfreude (his admission!), Jack is busy in his role as Chief Creative Officer of America’s Test Kitchen. Eileen Elibol caught up with Jack to chat about how he learned to cook, his favorite dish on the menu for the Celebrity Chef's Table dinner experience, memorable test kitchen mishaps and more.

How did a guy who graduated from Yale University with a Bachelor of Arts degree in English Literature get into the cooking world?

You can do anything with an English major. I think liberal arts training teaches you how to think, how to problem solve. I started out, my first job out of college was working in book publishing. Did a lot of writing in college, worked for the college newspaper and I knew I’d do something with words. And a couple of years out of college, I realized I would be happier writing and editing things that I was actually interested in. I had grown up loving to cook and decided that I really wanted to start working in the food area and got a job at a food magazine and started writing about food and it all began there. And so, I think the cliché of write about things you care about is actually kind of true, it just makes it all that much more fun.

So really cooking has always been your passion since you were a little guy, and I understand you actually used to cook for the family.

When I was about 13, my mother went from a stay-at-home mom to a working out of the house 60- hours a week mom. And very quickly it was clear that we could either eat dinner every night at 9 o’ clock or somebody could take control. And my father was not going to cook. That was not happening.

My mother’s mother was an amazing cook and I spent a lot of my childhood in the kitchen watching her cook. And I actually learned to cook over the phone. My mother would call me from work and explain to me how to make things and I pretty much mastered my mother’s repertoire pretty quickly and grew to love it. And so, I’m one of the few people at America’s Test Kitchen that actually did not go to cooking school. So all of my cooking knowledge is self-taught so I like to say that puts me in a good position to understand our audience because my skills aren’t all that different from people who are watching our shows or reading our magazines.

Our mission here from day one at America’s Test Kitchen is to empower people to cook successfully at home. We believe in home cooking, we think it makes you happy, we think it makes you healthier, it is a part of being human is to prepare food and share food. And we think the biggest impediment to cooking at home is failure and people increasingly grow up in homes where there isn’t much cooking and so that transmission of knowledge from one generation to the next.

We’re teaching you to cook and we’re giving you not just a recipe that has been vetted and we know is going to work, but we’re explaining what you’re doing along the way, hoping that you’ll learn something. It isn’t just “Oh you made a batch of chocolate chip cookies” but you understand here’s what melted butter will do vs. softened butter in a cookie recipe. And you’re like “Oh okay, if I want a chewy cookie, I should be melting the butter because that allows the water in the butter to activate the glutens in the flour” and you learn a little lesson that you might apply to other recipes that will make you a better cook down the line.

We spend about six hundred thousand dollars a year in the test kitchen on groceries. There are now about two hundred people who work at America's test kitchen. Now that includes the people in the finance department, our designers, our IT people; there about fifty people who spend part of their day developing recipes you know they're researching recipes, they’re writing, tasting other people's recipes.

Was there ever a disaster where when you were taping, you know a show, where something had to be re-done?

One of my favorite disasters was power outage. It actually lead to an interesting test kitchen discovery. We were roasting chickens in the oven and the power went out and rather than toss the food, someone had the idea of well there's residual heat in the oven let's just leave the oven doors closed and see what happens to the chicken. As it turned out, it was the best chicken that we had ever made. The problem with chicken is it tends to dry out especially the breast meat and by letting the residual heat in the oven gently finish the job, we got super juicy perfectly cooked chicken that was not the least bit dry. And so, you know that was a sort of fortuitous disaster.

Years ago Bridget was actually putting a pizza in the oven and we had the pizza on a peel and it just went right off the peel and then stuck to the back of the oven. She missed the whole baking stone, she was trying to land it on and oh my heavens. . . And then the thing caught on fire and you everyone was running. It's probably one of my favorite kitchen bloopers. We now use parchment to cook pizzas off of peels onto baking stones. The parchment can go into the oven and rather than trying to shove them with brute force.

What is your advice for someone just starting out in cooking?

The most important thing I think is to develop a repertoire. I think one of the biggest mistakes I see novice cooks making is they think if you want to be a good cook you should make something different every single time you cook. And you know the way you learn is by making the same dish over and over again and mastering it. You know that's what I did when I started cooking. I learned how to make one dish and then I mastered another dish and eventually I had a repertoire of a half dozen things that I could make credibly for dinner.

It’s mostly because I love vegetables. I probably eat vegetarian dinners five nights a week. I just I think that vegetables connects you to place and time. So you know, what's growing locally, what time of year it is-- it's a celebration of what's now, whether it's cauliflower and butternut squash in the winter or vine ripened tomatoes and basil in the summer.

Do you have time for a home garden?

I had such a great year last summer with cucumbers, zucchini, eggplant- seriously I was bringing rolling suitcases because there were so many vegetables and rolling into the test kitchen--twenty, thirty, forty pounds of vegetables on a Monday morning after a very productive weekend of farming.

What's your favorite dish to cook?

I make amazing polenta, I know it sounds very, very humble, you know corn meal mush. But I make great polenta. And then the second thing, I make just great salad and I'm very meticulous about salad and really feel like there is an art, allows me to express some of my visual creativity because I think salads are as you know you do eat with your eyes and a beautiful salad is a great way to start a meal or I often do an Italian style and have salad between the main course and dessert and so you know fennel, radicchio, citrus fruits, all kinds of greens, shaved parmesan, toasted nuts.

The choices you put together for Celebrity Chef’s Table at WNED sound just fabulous Jack. We've got that beef top line roast with roasted potatoes and fresh herbs, roasted asparagus, roasted vegetables are so wonderful. This eggplant involtini with ricotta and skillet tomato sauce, that's probably one of your favorites?

I love this dish you know I think first of all, eggplant if it's prepared correctly is just so incredibly satisfying. So I wanted to put something Italian on the menu I wanted to put something vegetarian for people who didn't want to eat meat and so the filling is with pecorino romano and ricotta and there's lots of basil and it just, oh it sings Italy. And with garlic and oregano in a just an amazing tomato sauce and so it’s a delicious dish.

I’m excited to meet everybody in Buffalo and it’s going to be an amazing weekend. I am looking forward to it!

Thanks to Our Presenting Sponsor

Thanks to Our Sponsors