Buffalo Toronto Public Media celebrates the power of women this Women's History Month, and all year-round.

We are celebrating by featuring public media content centered around the social, economic, cultural and political achievements of women.

From the WBFO Women's News Desk

The series began with a two-part exploration of the history of Title IX. Despite the advancements delivered by Title IX legislation over the last 50 years, girls still participate in sports less than boys and the disparity widens with the pressures of adulthood. Why does it matter? Because kids who compete do better in school, at work and throughout life. So WBFO's Marian Hetherly took a look at leveling the playing field in a series she is calling "Girl Power." Today's young girls weren't around in 1973, but that is where our story begins. It was a critical moment in the Women's Rights Movement -- the "Battle of the Sexes." It was 1992. Stacey Schroeder was an All Star in high school basketball and volleyball, waiting for her name to be announced over the PA to the entire school. Despite the advancements delivered by Title IX legislation, girls still participate in sports less than boys, and the disparity widens with the pressures of adulthood. Despite the advancements delivered by Title IX legislation over the last 50 years, girls still participate in sports less than boys. 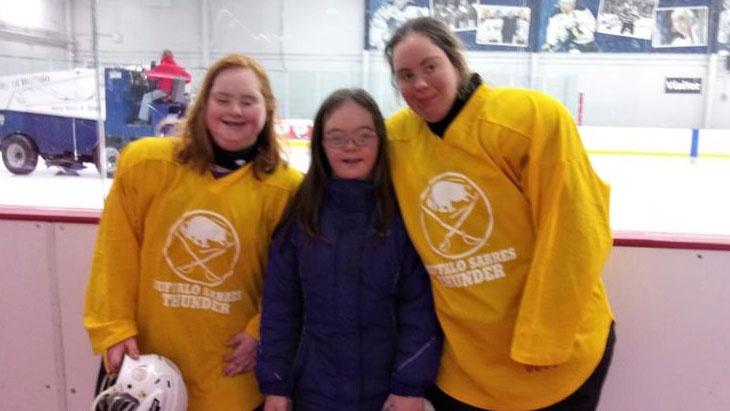 Despite the advancements delivered by Title IX legislation over the last 50 years, girls still participate in sports less than boys.

Tune in to WBFO, your NPR station, every Monday in March to hear the reports.

The WBFO Women's News Desk is funded by the Catholic Health System. 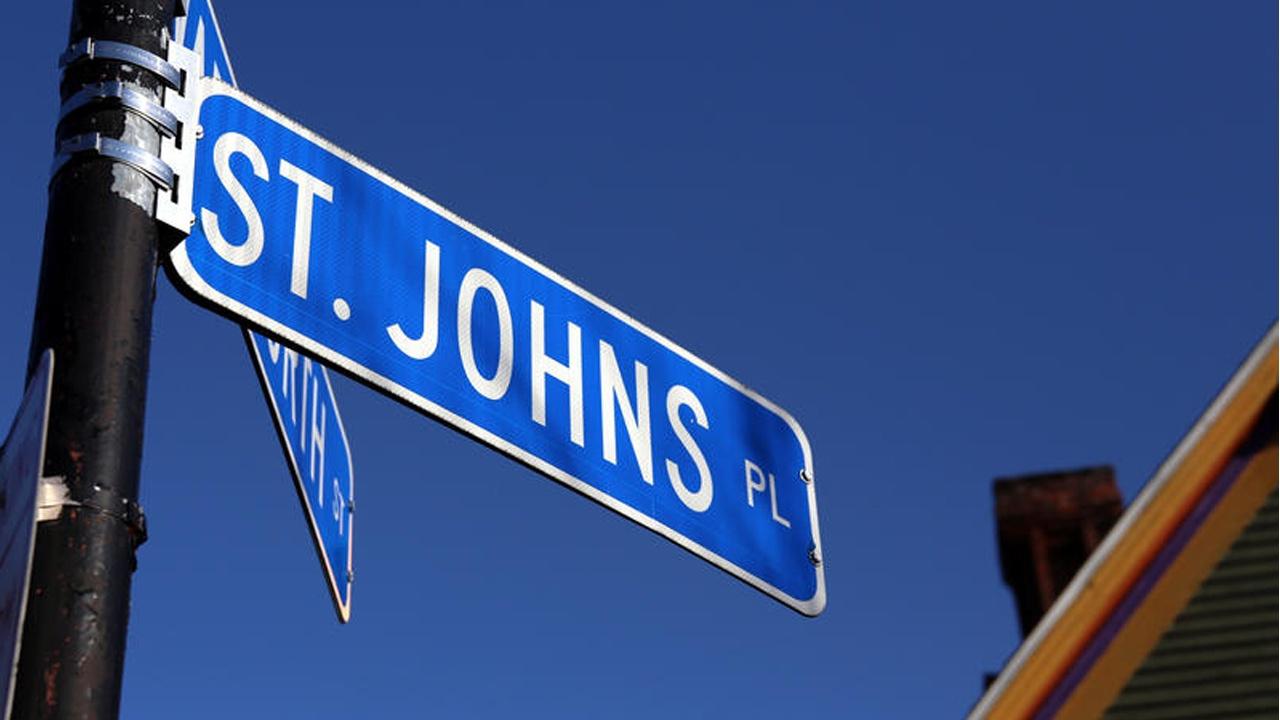 Meet the women who gave Buffalo streets their names

Most of the streets in Buffalo are named after prominent men. But what’s the story behind the ones named for women?

March is Women’s History Month, where we highlight and celebrate the accomplishments of women who have changed the world. From women in art, science and politics, here are some videos from WNED PBS to celebrate this Women's History Month!

Illuminating the stories of extraordinary American heroines from the early years of feminism, American Masters — Unladylike2020 is a multimedia series consisting of a one-hour special for broadcast and 26 digital short films featuring courageous, little-known and diverse female trailblazers from the turn of the 20th century.

Native American women veterans speak about their experiences in the United States military.

The first woman to fly solo across the Atlantic, Amelia Earhart was one of America’s first celebrities. After only a few years as a pilot she became the best-known female flier in America, not only for her daring and determination, but also for her outspoken personality. American Experience portrays her journey.

See how Gay, child of Haitian immigrants, transcended expectations to become a leading voice in the feminist movement with her essay collection "Bad Feminist."

Sojourner Truth (Isabella Baumfree) was born into slavery in Ulster County, New York around 1797. After escaping slavery, Truth went to court and fought to get back her son who was illegally sold to an owner in Alabama. She became the first black woman to go to court against a white man and win the case. Sojourner is remembered today as one of the nations first feminists & foremost abolitionists.

Susan B. Anthony | She Inspires

Susan B. Anthony helped lead the way for women's right to vote. In 1846 while teaching at a female academy in Canajoharie, New York, Susan discovered that she earned about a quarter of the salary as the male teachers. She Inspires showcases Anthony, who eventually became the co-founder of the Women’s Suffrage Association and spent the rest of her life fighting for women to have equal rights and an equal voice.

Meet a group of supremely awesome and unapologetic artists who take risks, question art world practices, and also happen to be women.

These are the innovators, problem-solvers and dreamers who live right next door, passionate about their work, hobbies, families and helping to make the world a better place. Real Women, Real Jobs by SciGirls features Minnesota women of STEM.

Elizabeth Cady Stanton was born in Johnstown, NY on November 12, 1815. Elizabeth was instrumental in the Seneca Falls Convention and the path to the women’s right to vote, which was passed with the 19th Amendment to the U.S. Constitution in 1920. Her legacy in her writings and her actions in the women’s rights movement continue to inspire us today.

She was America’s first Native doctor, breaking barriers of race and gender to heal her traumatized people. A century later, Native women from many tribes follow in the footsteps of Dr. Susan La Flesche Picotte.

The Case for Yoko Ono | The Art Assignment

Yoko Ono was an established artist before most of the world heard of her in 1968, and she continues to make groundbreaking work to this day. Who is Yoko Ono? What is her work? And why should you take her seriously?

Tony Award-nominated writer Gurira made the leap from storyteller to Hollywood superstar. The Zimbabwe native yearned to bring African faces and voices to Broadway through her plays, but ended up starring in the mega-hit "Black Panther. Danai Gurira features the star in Breaking Big.

In 1963 Betty Friedan wrote The Feminine Mystique and exposed the happy homemaker myth. Many women wanted the opportunity of a career of their own, and Friedan wrote about it, highlighted in Makers.

To honor women’s history month in the international year of the periodic table, today we wanted to share the story of two of chemistry’s most brilliant and bold women and their paths of elemental discovery -- because what they brought to the table changed the world as we know it.

Margaret Mitchell was no ordinary writer. The one book she published in her lifetime - Gone With the Wind - sold millions of copies during the Great Depression in America and won the Pulitzer Prize in 1937, 75 years ago. Margaret Mitchell: American Rebel engages leading authors, historians, biographers, and people with personal connections to Mitchell to reveal a complex and mysterious woman.

This intimate portrait of maverick painter and printmaker Elizabeth Murray from American Masters explores the relationship between her family life and career, and reconsiders her place in contemporary art history.

Experience the power of song in the struggle for equality through the story of feminist singer and activist Holly Near, who for the last 40 years has worked on global social justice coalition-building in the women’s and lesbian movements. 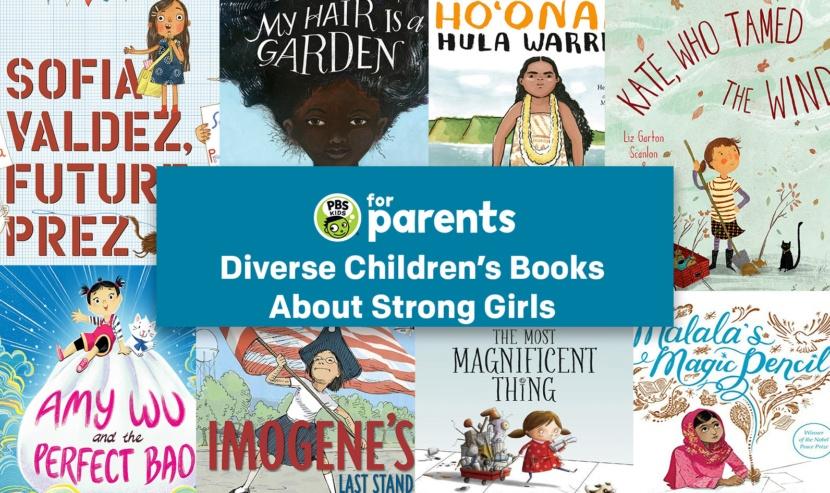 Celebrate girl power and Women's History Month with these books that encourage young readers to investigate the world, find their voice, take action and follow their dreams!

Inspire your students with thousands of free teaching resources including videos, lesson plans, and games aligned to state and national standards from PBS LearningMedia. Explore these collections related to Women's History Month. 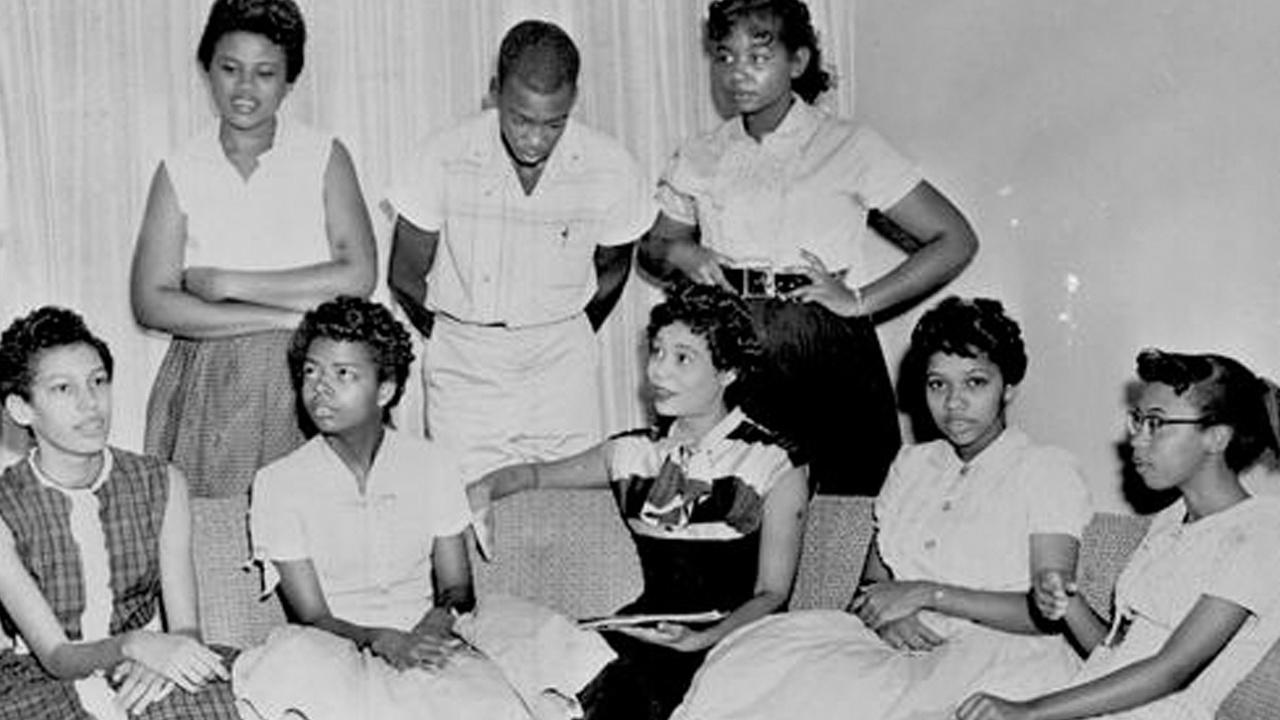 This collection celebrates Women's History Month by focusing on women and girls around the world. The films tell powerful, personal stories; and the activities encourage students t 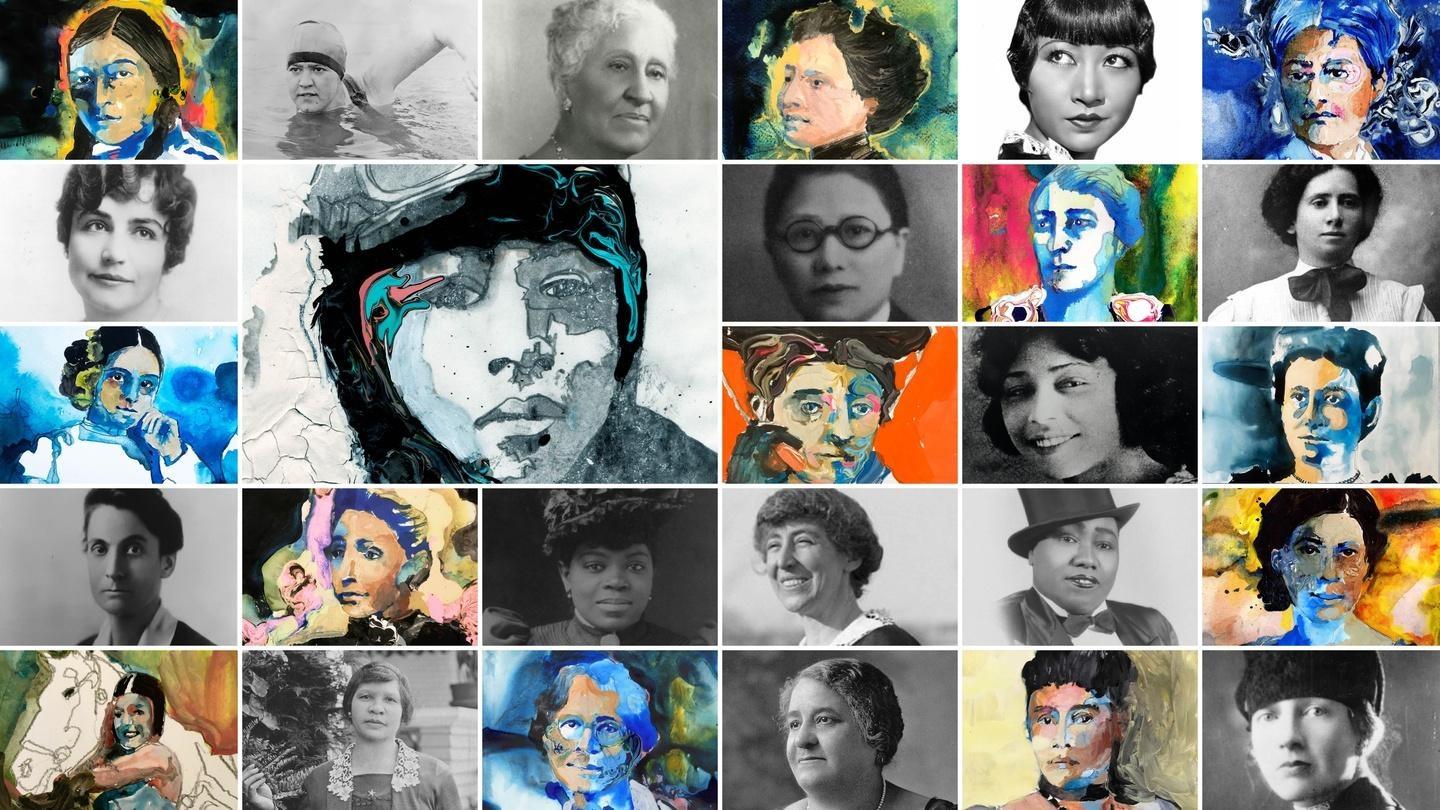 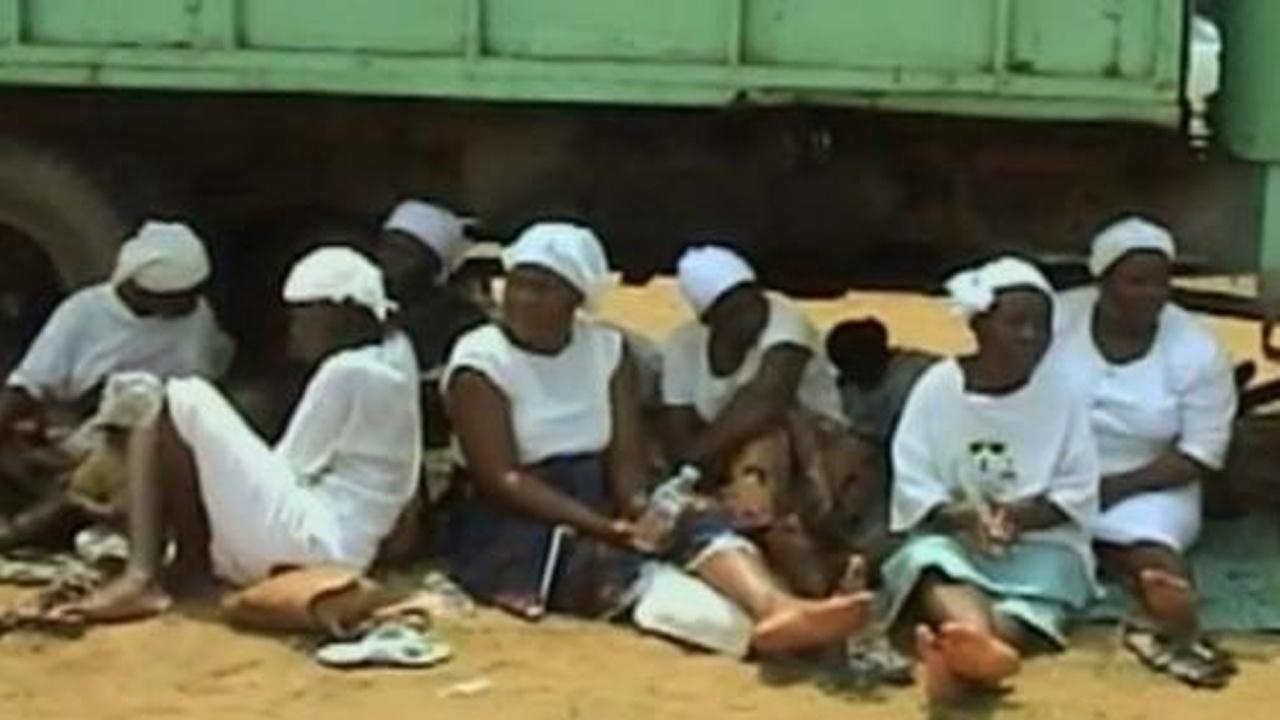 Native American Women in the Military 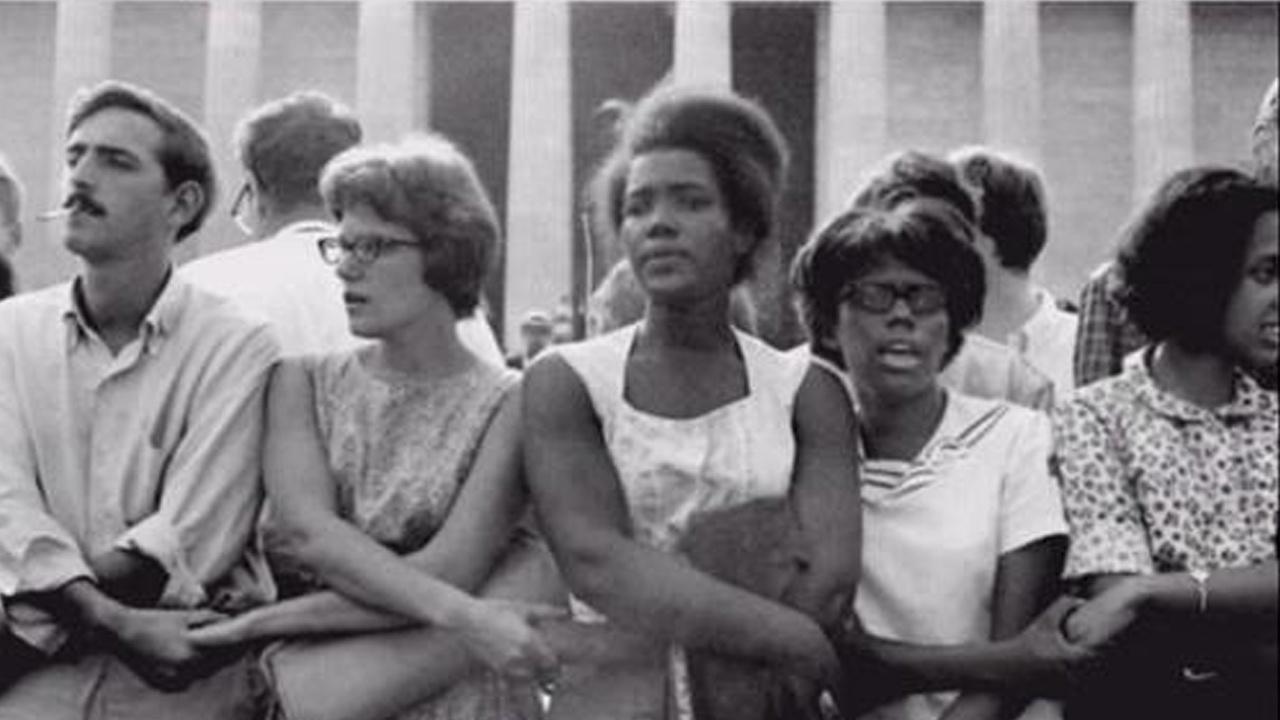 The Women's Movement was a diverse social moment in U.S. history. It sought equal opportunities for women in all aspects of their lives (personal, political, economic, etc.) 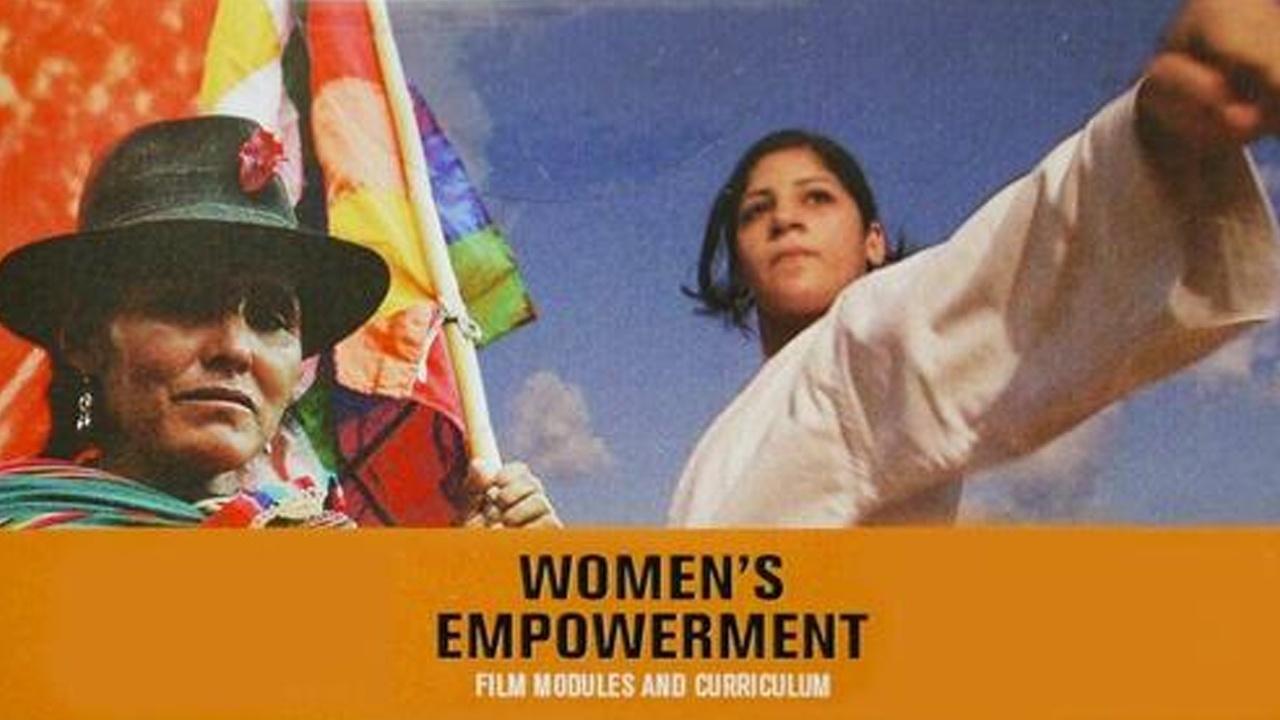 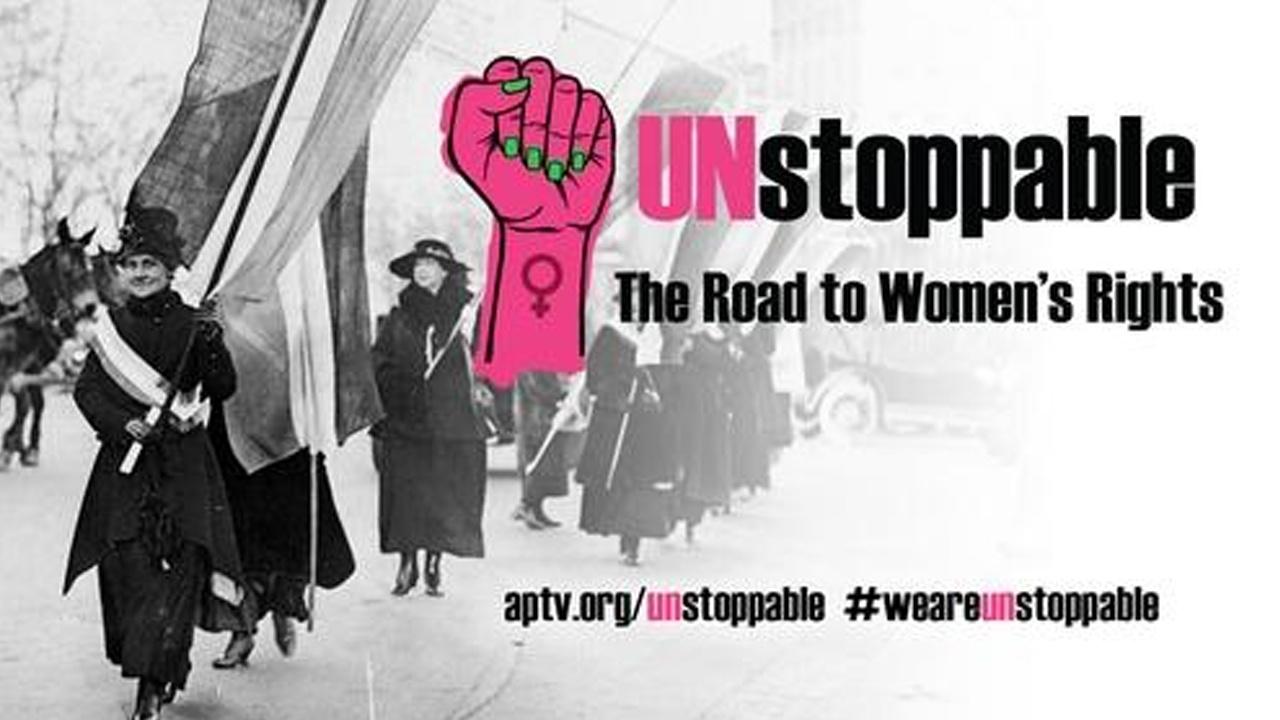 Unstoppable | The Road to Women's Rights

A focus on the history of the women’s suffrage movement, its impact on resulting legislation and subsequent human rights movements in the US for gender and civil rights equity. 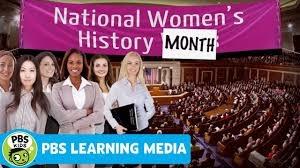 This collection includes classroom resources for Women's History Month. Many people use the month of March to honor American women and the history of women in the United States.