My maternal grandmother, Eva Edelbruk, was born in Morrisfield, Hungary in 1892. In 1914, she and her sister Angelina sailed to the U.S. from Hamburg, Germany on the ship The Fatherland. They had come for a visit. As they began their journey back to Germany, World War I broke out. The ship was ordered back to the port of New York and arrived there on July 10, 1914.

Eva and Angelina ended up staying in the U.S. They settled in Buffalo, New York. Thirteen years later, on June 30, 1927, Eva signed a “declaration of intention” to become a U.S. citizen. On May 2, 1930 she was granted U.S. citizenship.

Eva’s 1927 “declaration of intention” stated that she was married to August Farkas. It also stated that he was confined to Buffalo State Hospital due to alcoholism. It is known that August later denied paternity of their seven children and abandoned the family. Records from Buffalo State Hospital indicate that Eva and her children spent time living in poverty. From my recollection of time spent with Eva in the late 1950’s and early 1960’s, she was employed as a cleaner of doctor’s offices. Eva passed away at the age of 88. 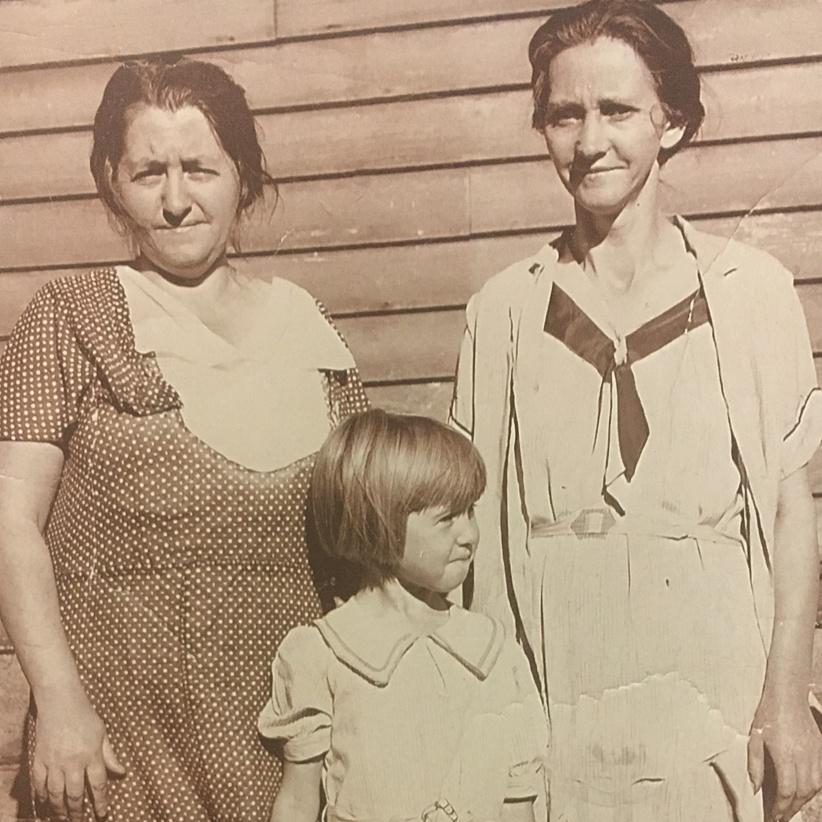 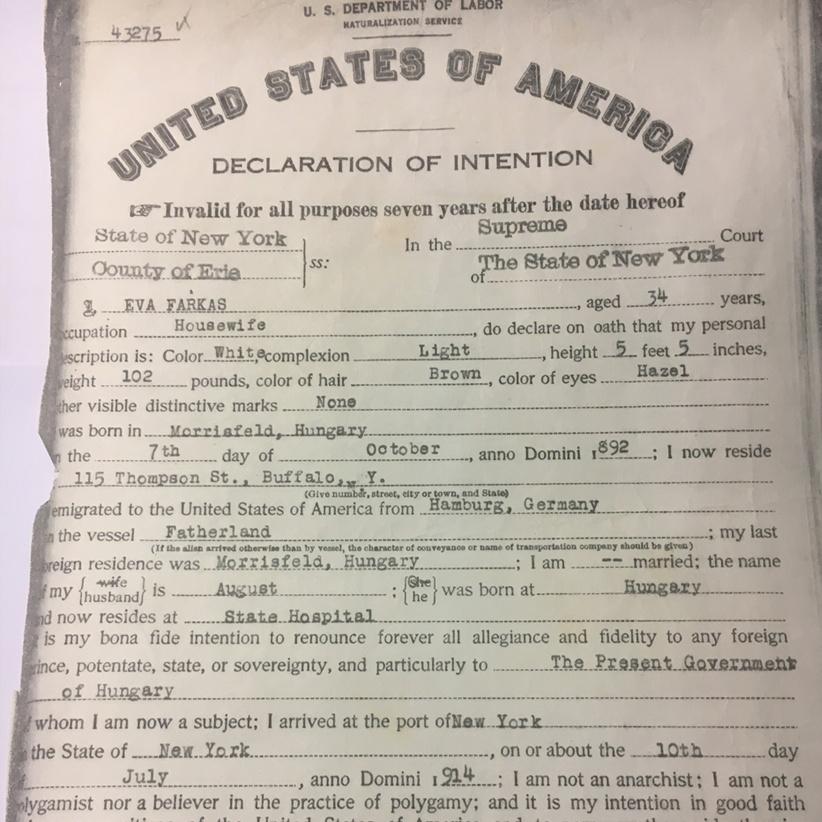