So many Canadians have made, and are making, their mark on the world stage in every sector of daily life. And while their names may be known to millions, their Canadian heritage may not. It's time for Canadians, Americans, and the world to understand what makes successful Canadians the people they've become, and what their success means to all of us. Canada Files is a weekly, half-hour interview program hosted by veteran Toronto broadcaster Jim Deeks.

The first season premiered in 2020. It included of 13 episodes of one-on-one interviews with Canada's most prominent and successful people. The interview guests are Canadian, but many of whom may also be resident in the US, and well known to American audiences. Season 2 of Canada Files  premiered in 2021, followed by season 3 in 2022..

Find out why Canadians are America's best friends!

Episode 1 | David Frum- U.S. Political Commentator and staff writer for The Atlantic. He is also the author of several books, including TRUMPOCALYPSE: Restoring American Democracy.

Episode 2 | Larry O’Reilly - CEO of ARHT Media, a pioneer company in holographic technology. This episode will be the first long-form broadcast interview done by hologram!

Episode 3 | Wade Davis - An anthropologist, global social commentator, author, photographer, and ethnographer, Davis has had the opportunity to explore the globe, focusing on the natural world in his research.  He is also the author of a piece in Rolling Stone magazine that went totally viral last summer, called The Unraveling of America.

Episode 4 |Edward Burtynsky - a world-renowned photographic artist, his works have been featured in the MOMA, Tate Modern, and the Reina Sofia Museum to name a few.

Episode 5 | Dr. Joe MacInnis - an undersea scientist and leadership expert, MacInnis is known for his work on the first polar undersea station and leading the crew that conducted the first scientific dives at the North Pole. While also having worked with NASA, the US Navy, and the Canadian government, MacInnis is a presentation speaker and one of the first to dive to the Titanic.

Episode 6 | Patrick Moore - co-founder of Greenpeace and former President of Greenpeace Canada and Director of Greenpeace International, and now a climate change skeptic, Moore has spoken at conferences for governments and businesses about topics such as the environment, energy, and sustainability.

Episode 7 | Arlene Dickinson - most known for her role as Dragon/Venture Capitalist on the television series “Dragon’s Den”, Dickinson is an entrepreneur, author, speaker, and board member for numerous groups that seek to serve the community.

Episode 8 | Mike Weir - Canadian professional golfer and former Masters Champion, Weir is known for his creation of the Mike Weir Foundation, which seeks to help families in need.

Episode 9 | Nancy Southern - Chair & CEO of ATCO, Southern is a business leader and philanthropist, serving on multiple business organizational boards. Southern is also an advocate for women in business and the rights of Indigenous peoples.

Episode 10 | Jean Charest – the former leader of the federal Conservative Party of Canada, and former Liberal Premier of the province of Quebec, from 2003-2012.  His election in 2003 helped to diminish the popularity of the separatist movement in the province.

Episode 12 | Kristen Hillman - Canadian Ambassador to the U.S., and former lead negotiator for Canada in the Trans Pacific Partnership agreement.

Episode 13 | Best of… A compilation of clips from the first season of Canada Files. 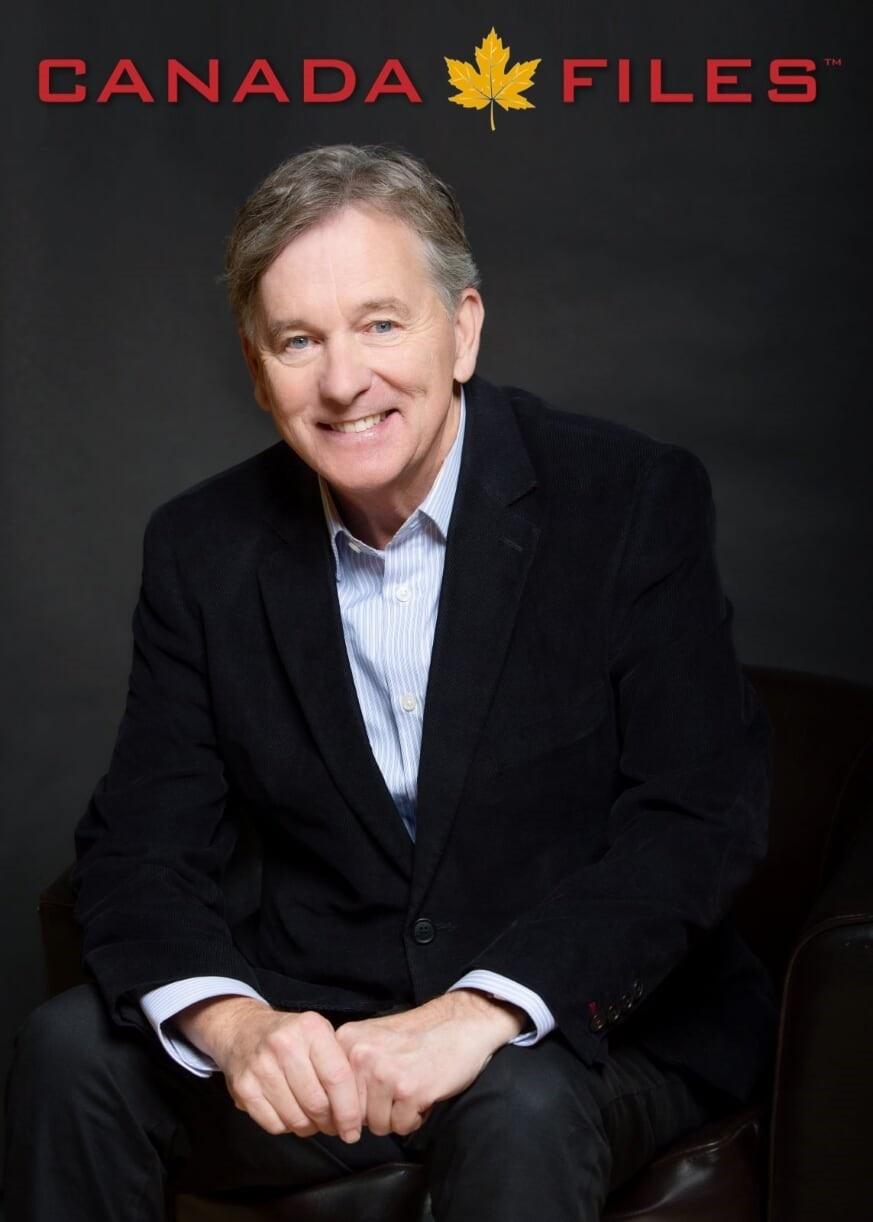 One of the underlying purposes of Canada Files is to give American audiences the opportunity to become aware of and appreciate Canadian heritage through the many guests they already know. As well, Canada Files will provide a better understanding of the role so many Canadians play on the North American stage.

“The last couple of years have seen a bit of strain in the unique and harmonious 200-year relationship we’ve had across our 5,500-mile border,” said Jim Deeks. “We thought this would be an interesting and entertaining way to reinforce our presence and goodwill with America, as well as reminding Canadian audiences of the importance of so many of our prominent people.”

Production of the series has been underwritten by private Canadian donors and the Central Canadian Public Television Association (CCPTA), a registered Canadian charitable organization. CCPTA’s mission is to advance education through the production, distribution, and promotion of non-commercial television programs, films and other communications that are educational in nature.