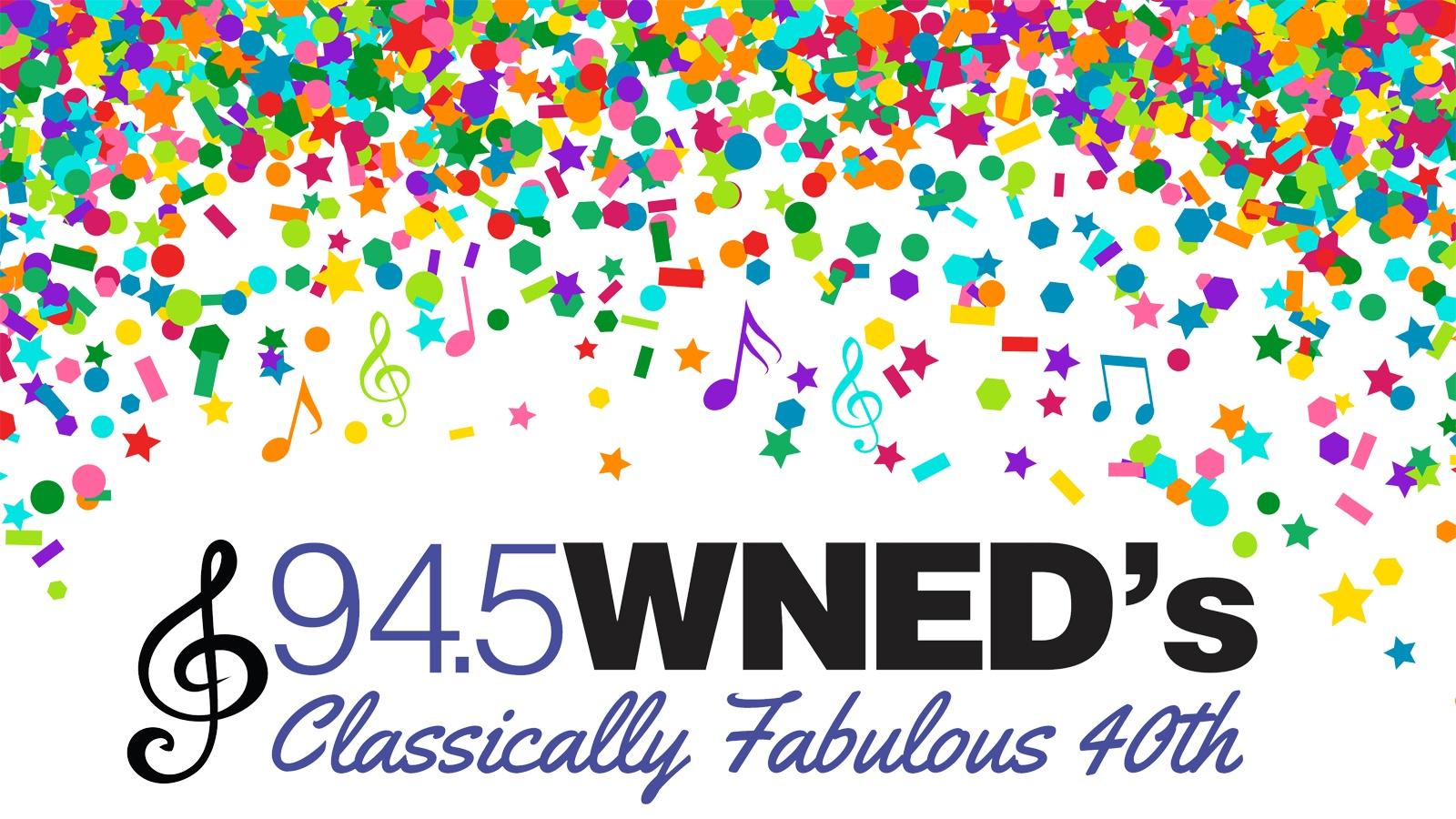 Many guests commented that it was one of the best concerts they have ever attended.

Tune into Classical 94.5 WNED on Dec. 31 at 5 pm for a broadcast of the Classically Fabulous 40th concert.

It was a banner day at WNED Studios on Saturday November 4th as over 300 guests celebrated the 40th anniversary of Classically 94.5 with an extraordinary concert featuring two of the world’s most gifted musicians playing exquisite, centuries-old instruments.

Playing a rare 1723 Stradivarius, Grammy winner Augustin Hadelich demonstrated why he was recently named Instrumentalist of the Year for 2018 by Musical America. His Ravel Sonata No. 2 was exquisite and he explained to the crowd how the middle movement had some jazz influences that connected well to the previous piece on the program, Gershwin’s “It Ain’t Necessarily So,” played by Tim Fain. Tim Fain plays a 1717 Gobetti violin and has played on the soundtracks of three Academy Award winning Best Pictures: Black Swan, Twelve Years a Slave and Moonlight. Both of their instruments are on loan to them through the Stradivari Society and Clement and Karen Arrison of Buffalo.

The crowd was rapt by the superb performances in such an intimate space. The concert marked the first time WNED has used its new tiered stadium seating which helped give everyone a great view of the performers. The two violinists closed the concert with the sublime “Meditation” from Thais by Massenet, which they dedicated to Clem Arrison, and the tango from “Scent of A Woman” to which two couples rose up out of their chairs and took the stage.

Buffalo String Works opened the concert, followed by remarks from Dan Hart and JoAnn Falletta from the Buffalo Philharmonic Orchestra, praising the relationship the BPO enjoys with WNED and underscoring the importance of supporting our world-class 24/7 classical station. As a gift to the guests, BPO Concertmaster Dennis Kim played Harburg’s “Prayer” in honor of all of the victims of recent tragedies around the world.

WNED Classical program hosts served as masters of ceremonies and Michael Collins, who launched the station 40 years ago was acknowledged as a special guest. Attendees enjoyed cupcakes and champagne after the concert as well as a keepsake program book and stayed in the lobby afterward to keep the party going. Many guests commented that it was one of the best concerts they have ever attended.

Stay tuned for a photo album from the event coming soon!

Here's a video of "Honest Music" by Nico Muhly feat. violinist Tim Fain. From PORTALS, a multimedia concert about the ways in which we connect in the digital age www.portalsproject.com

Growing up on a Tuscan vineyard may be idyllic for some, but it had its limitations for a teenager with such prodigious musical talent as Augustin Hadelich. Born in rural Italy to German parents, he had complete freedom to develop his own musical voice although opportunities for training and chamber music playing were few. After a serious accident at age 15 interrupted his progress for two years, 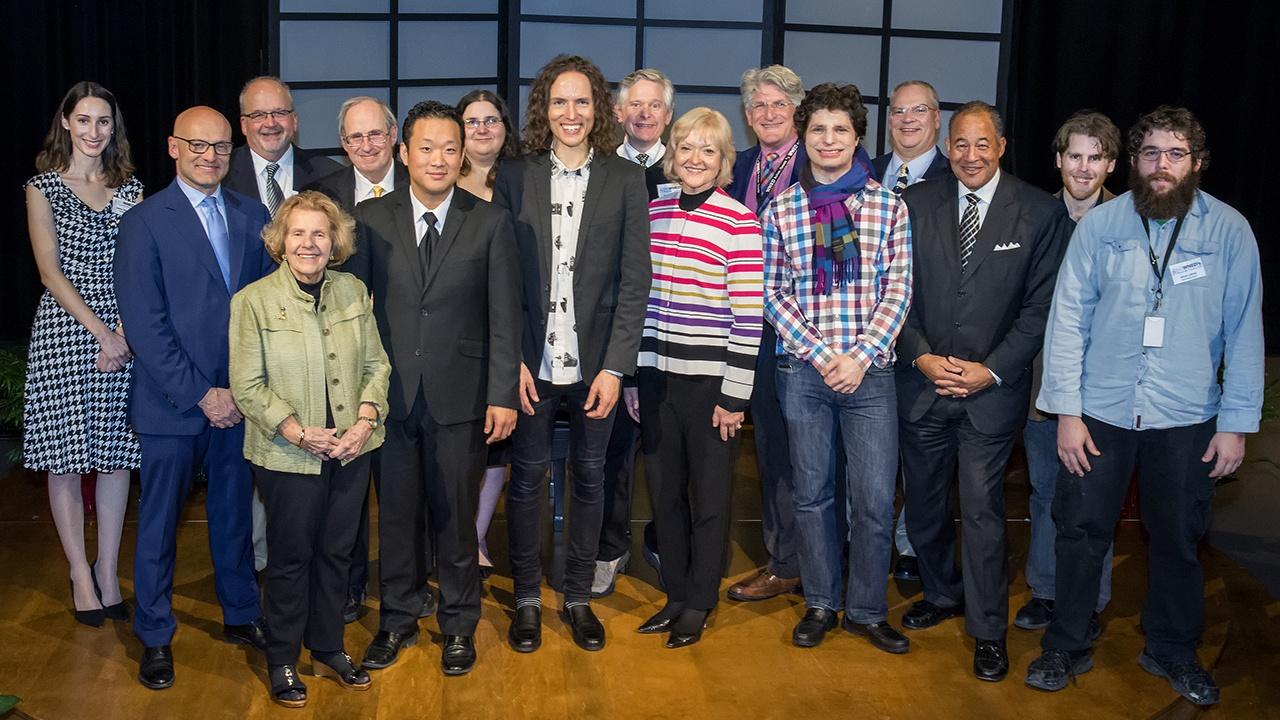 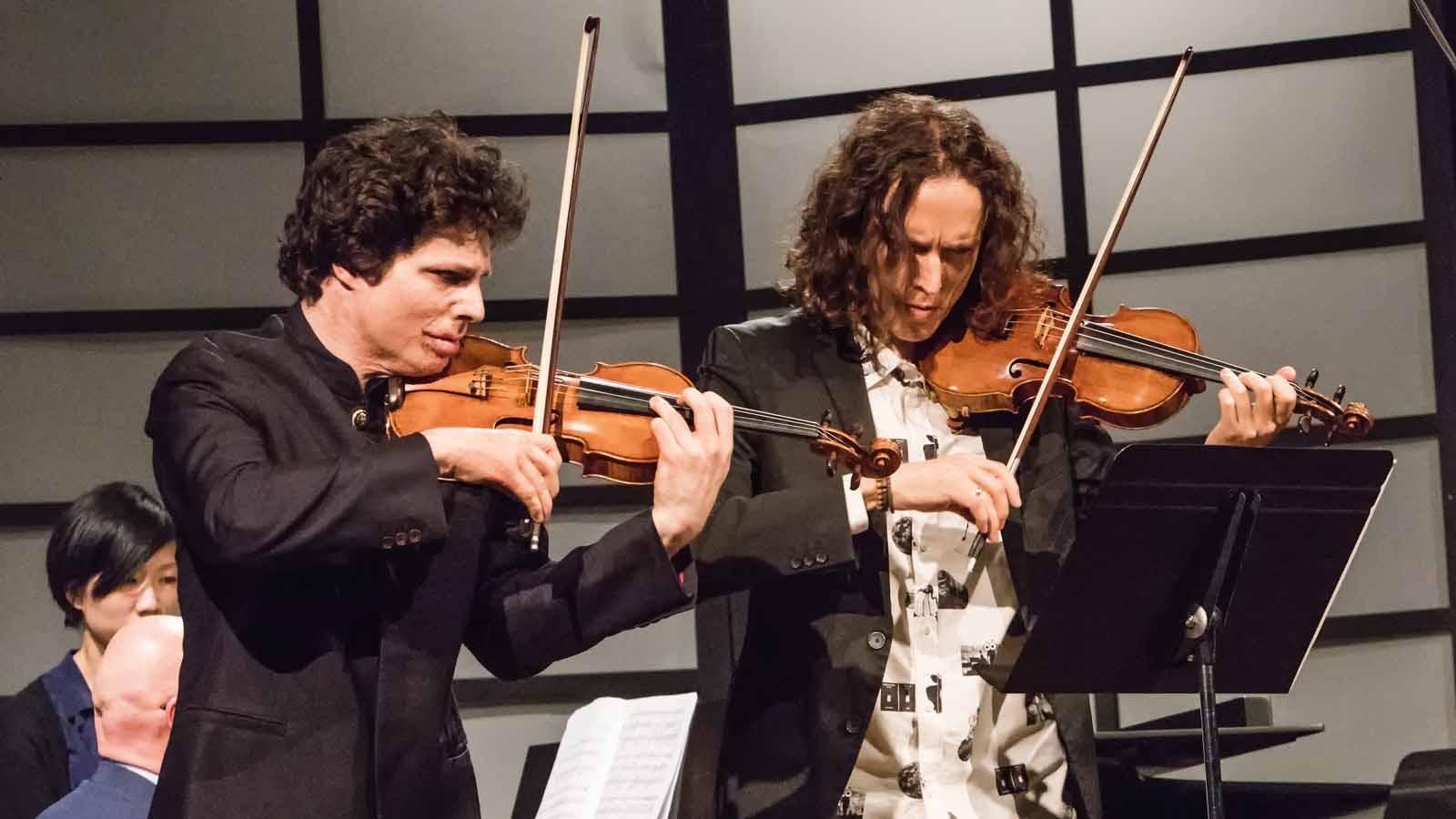 2 / 26
Share This Gallery
Augustin Hadelich and Tin Fain perform together. 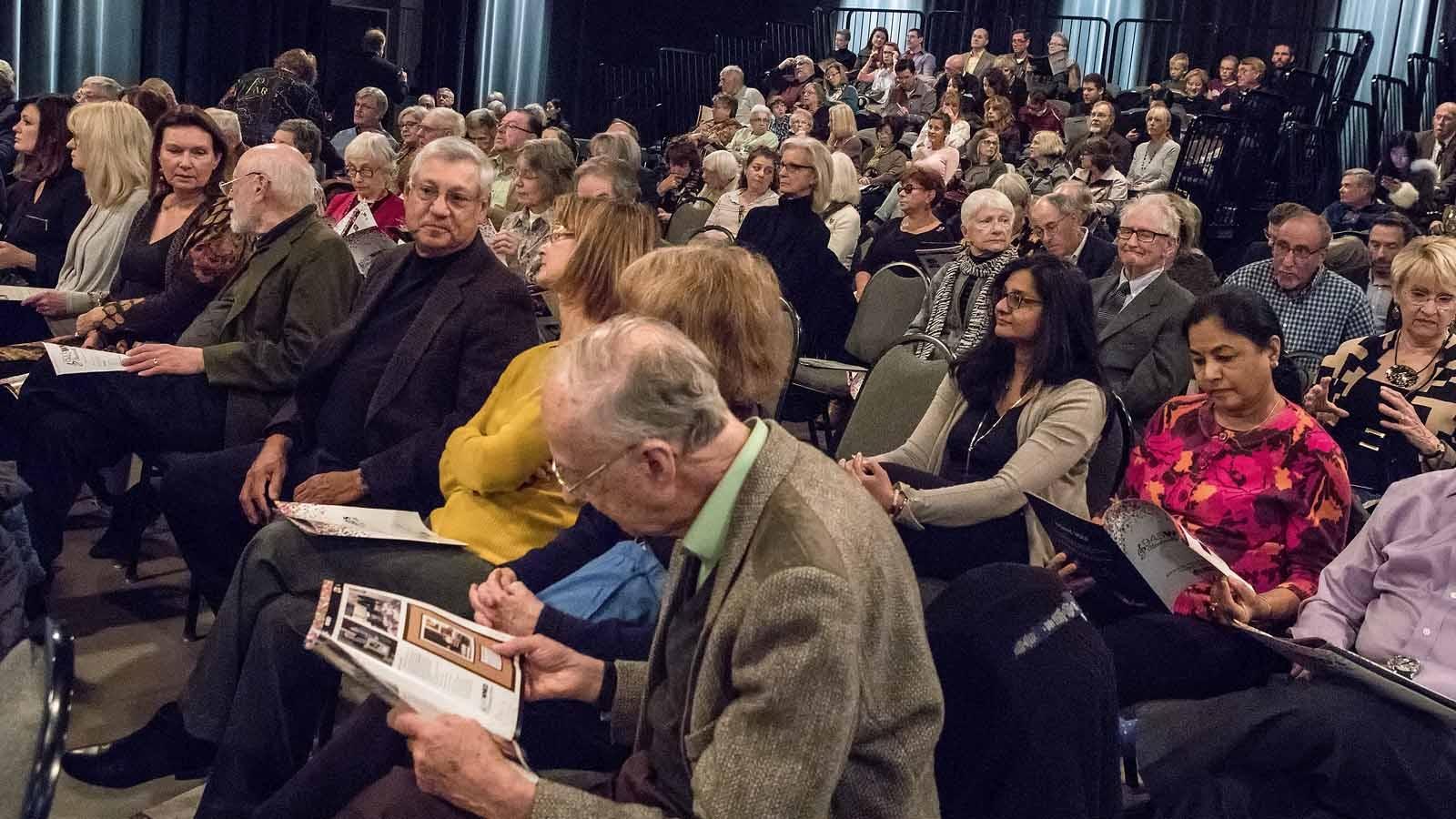 3 / 26
Share This Gallery
Audience gathered or WNED' Classically Fabulous 40th, waiting for the performance to begin. 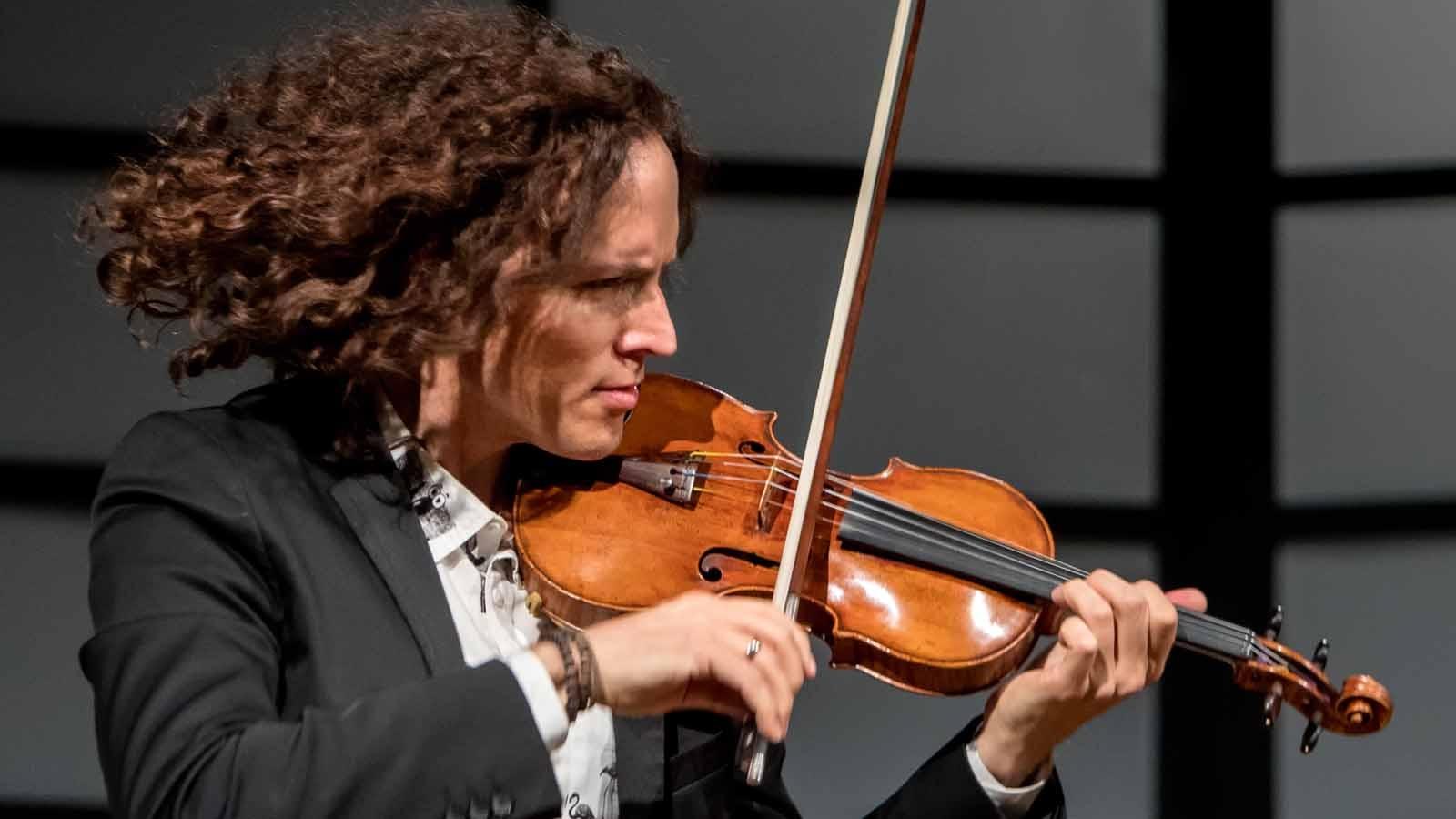 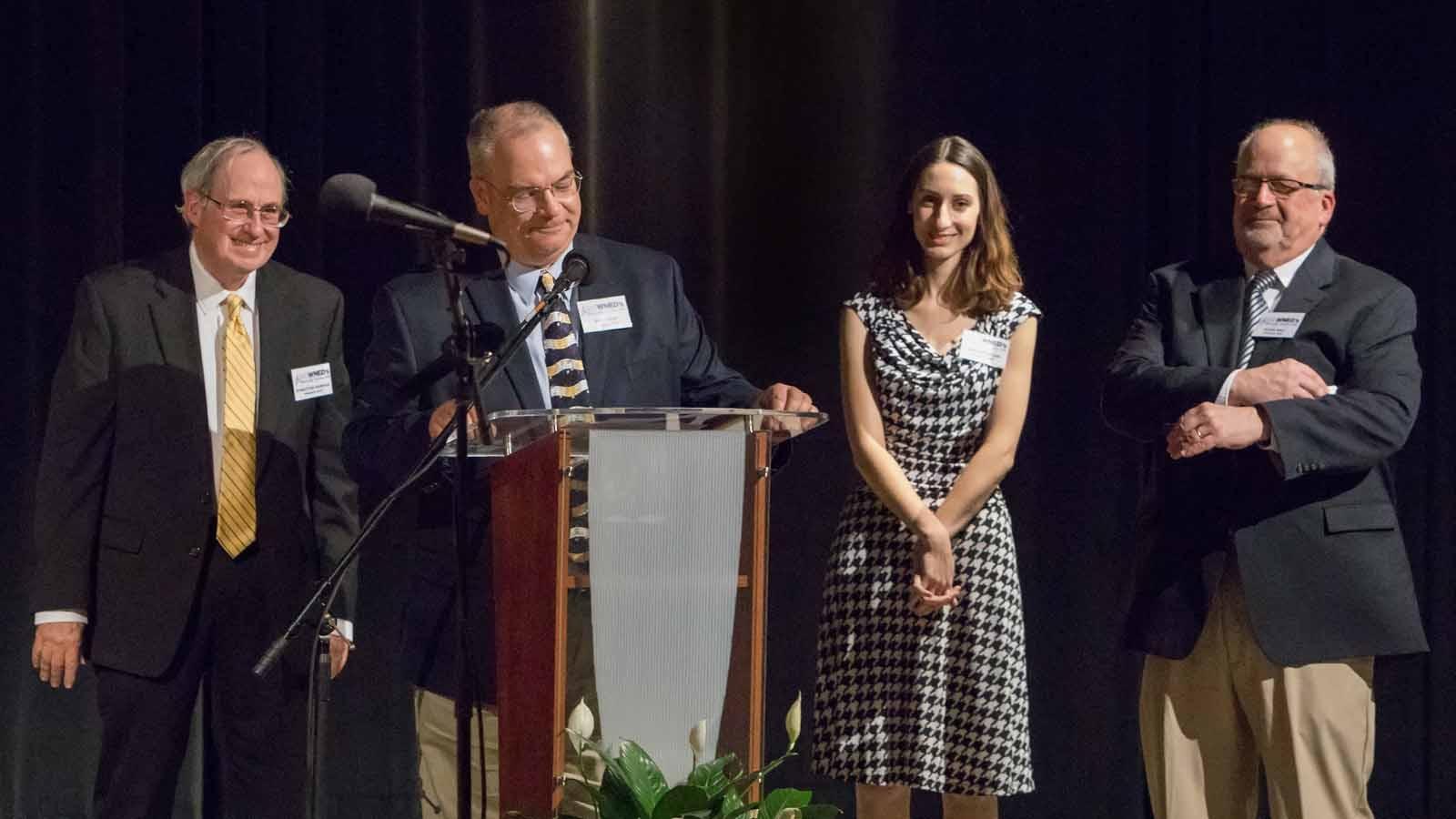 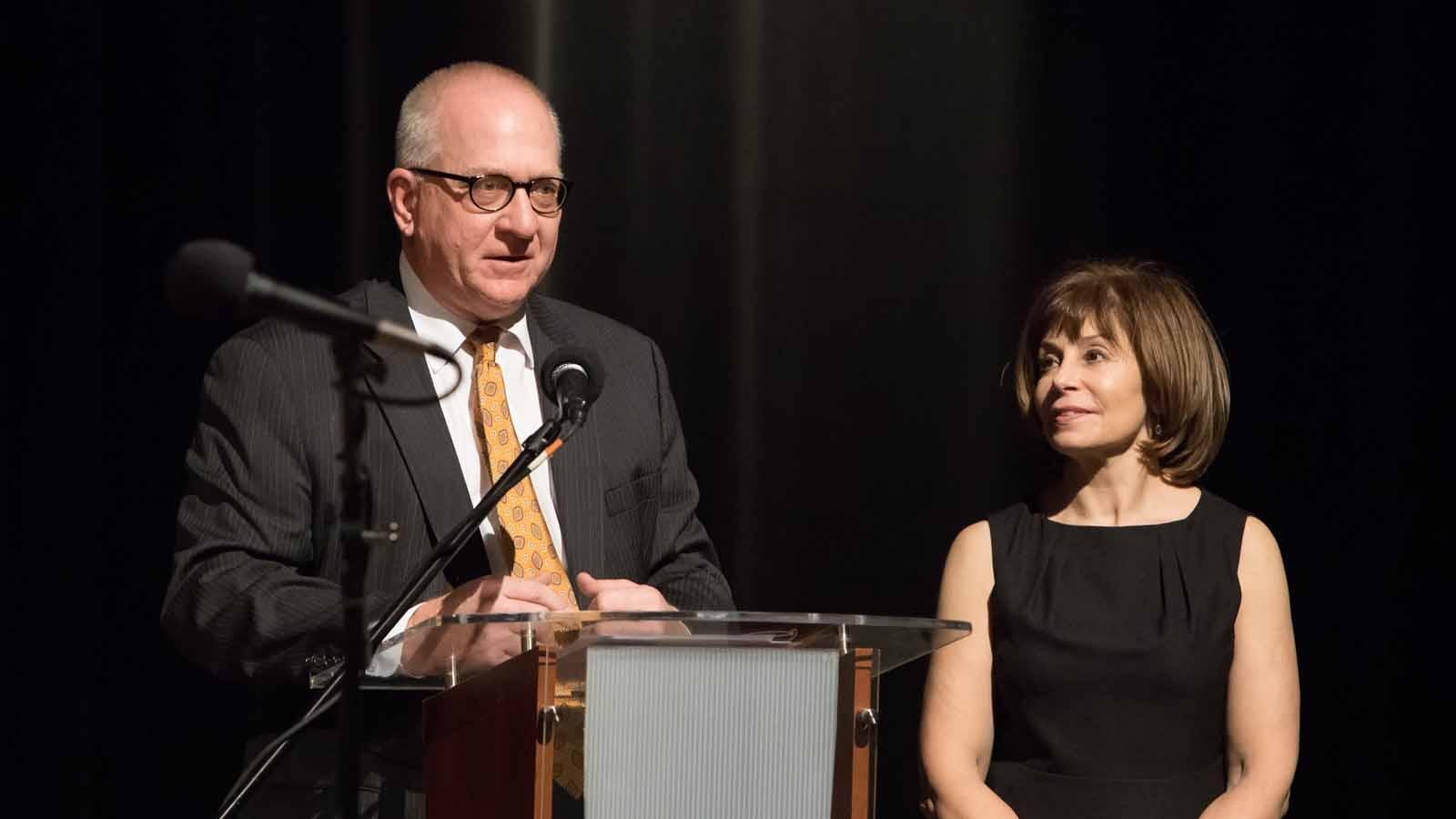 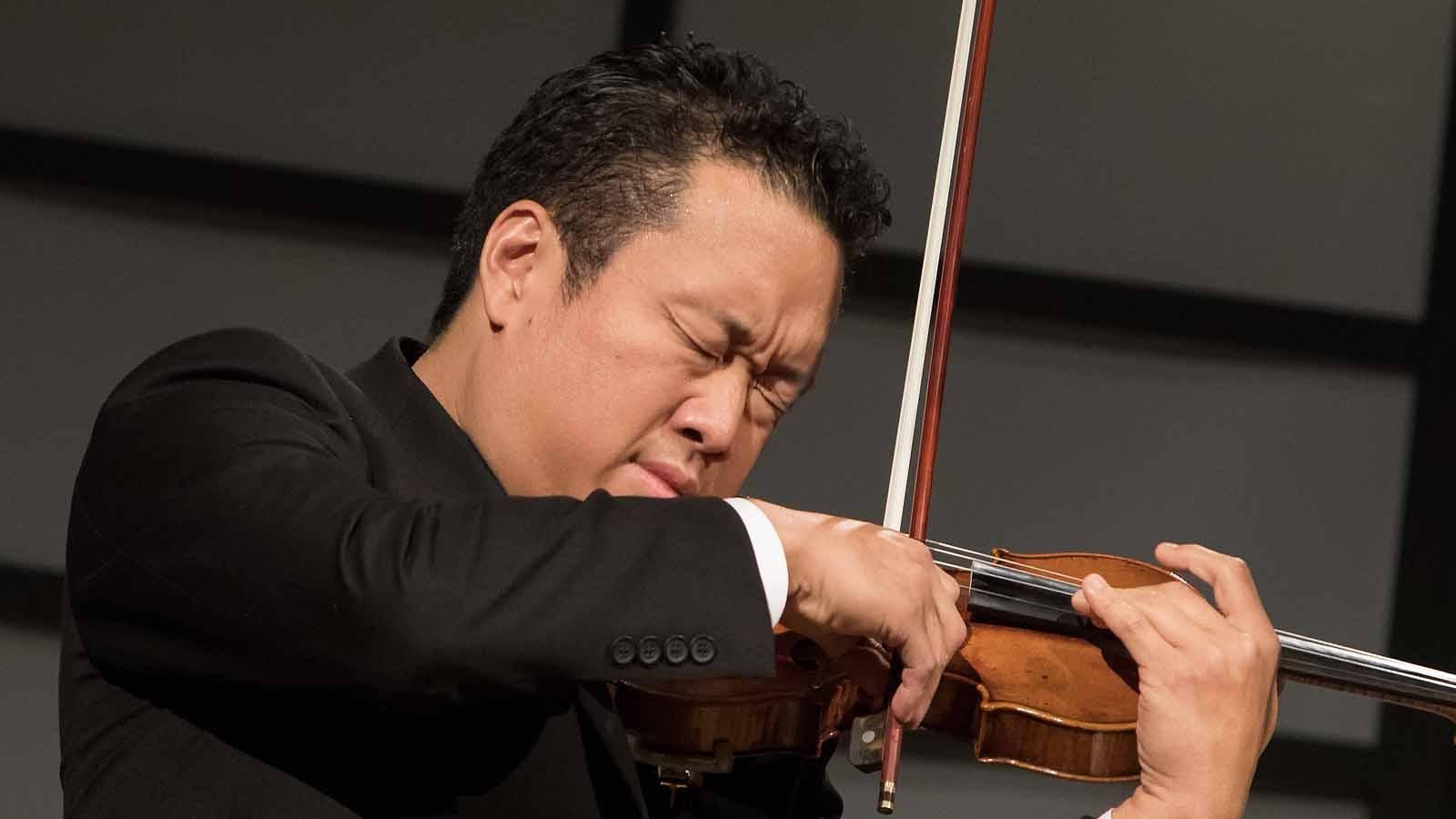 7 / 26
Share This Gallery
As a gift to the guests, BPO Concertmaster Dennis Kim played Harburg’s “Prayer” in honor of all of the victims of recent tragedies around the world. 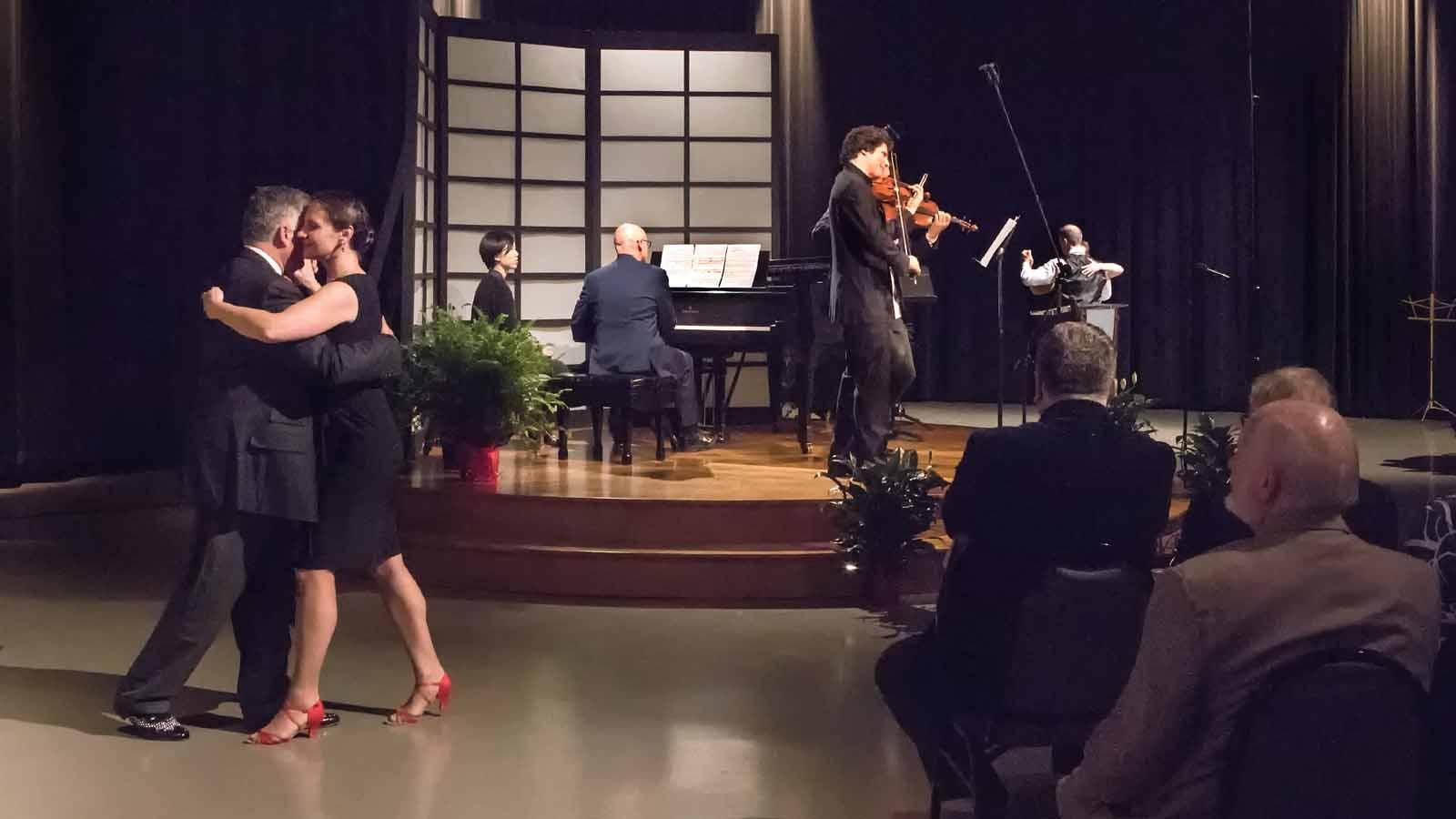 8 / 26
Share This Gallery
As the tango from “Scent of A Woman” began two couples rose up out of their chairs and took the stage. 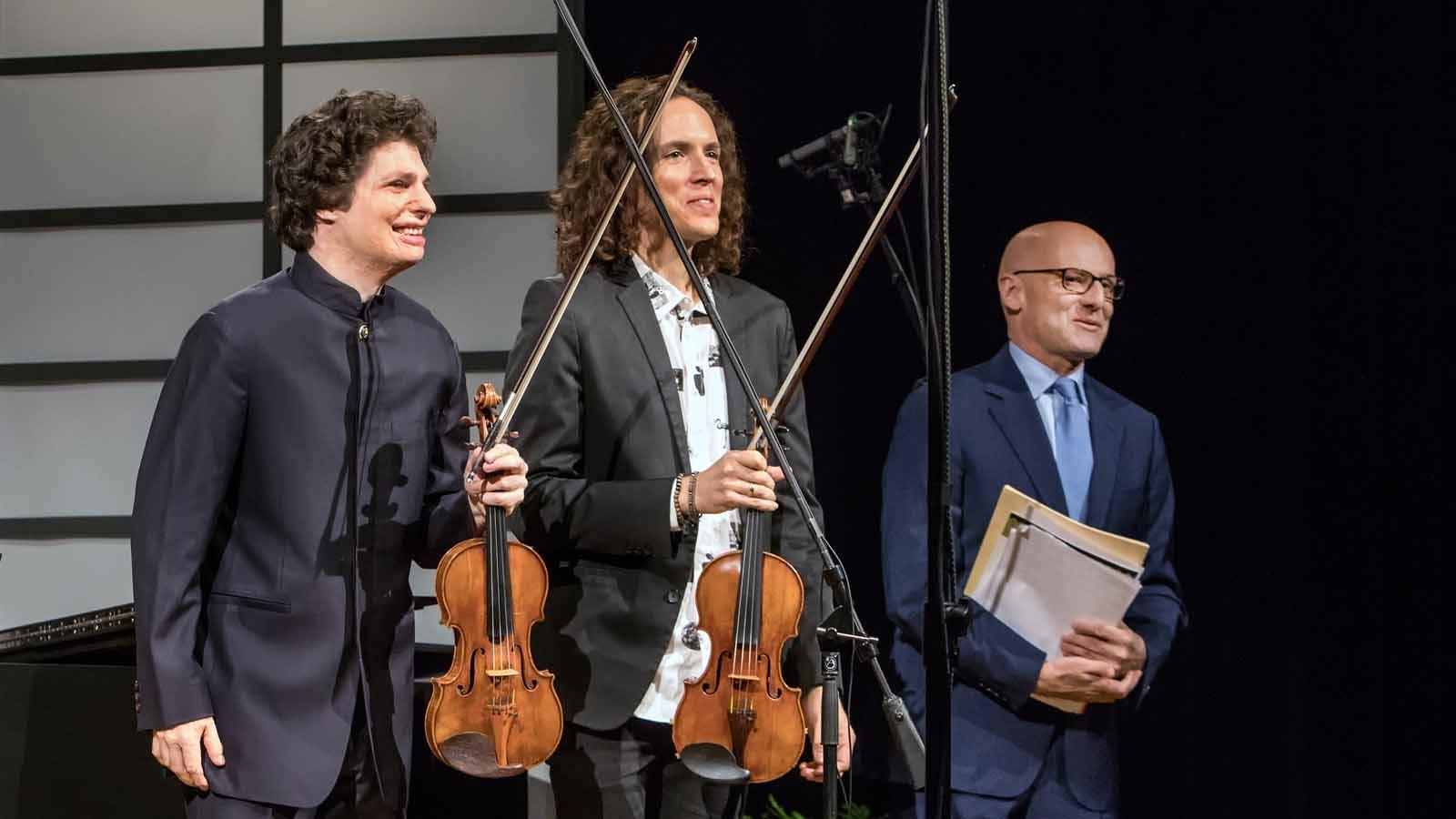 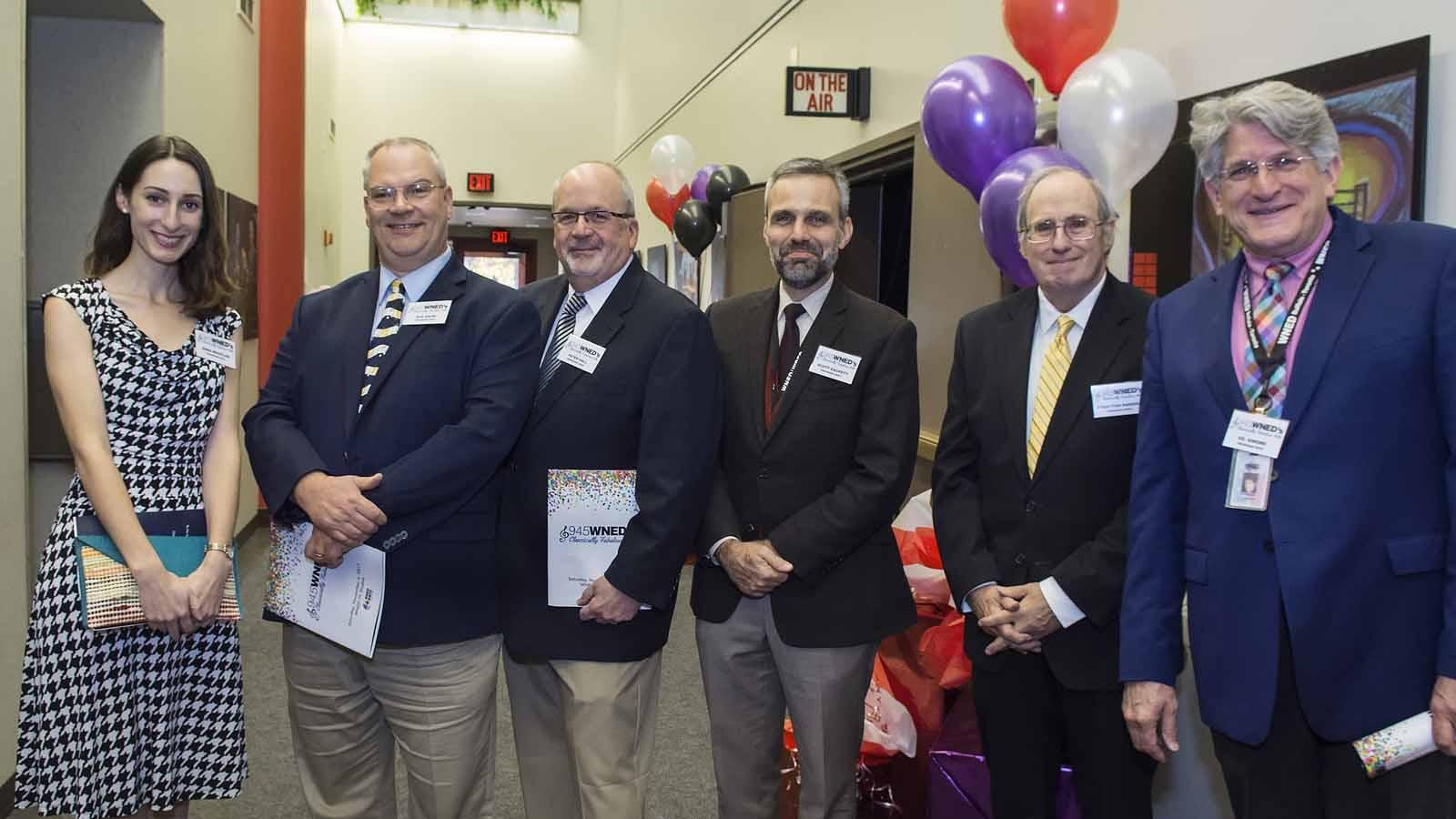 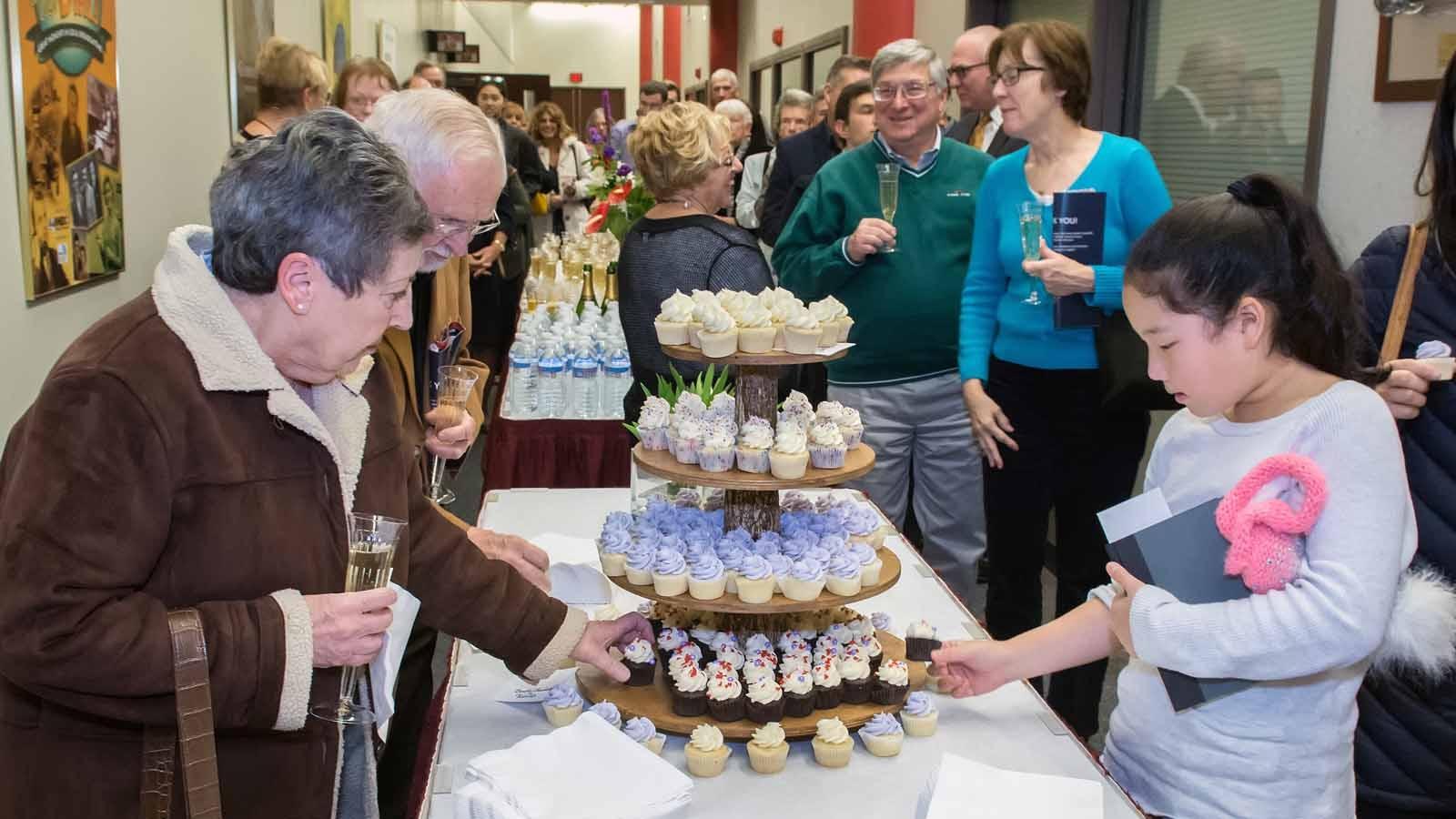 11 / 26
Share This Gallery
Guests celebrated with champagne and cupcakes. 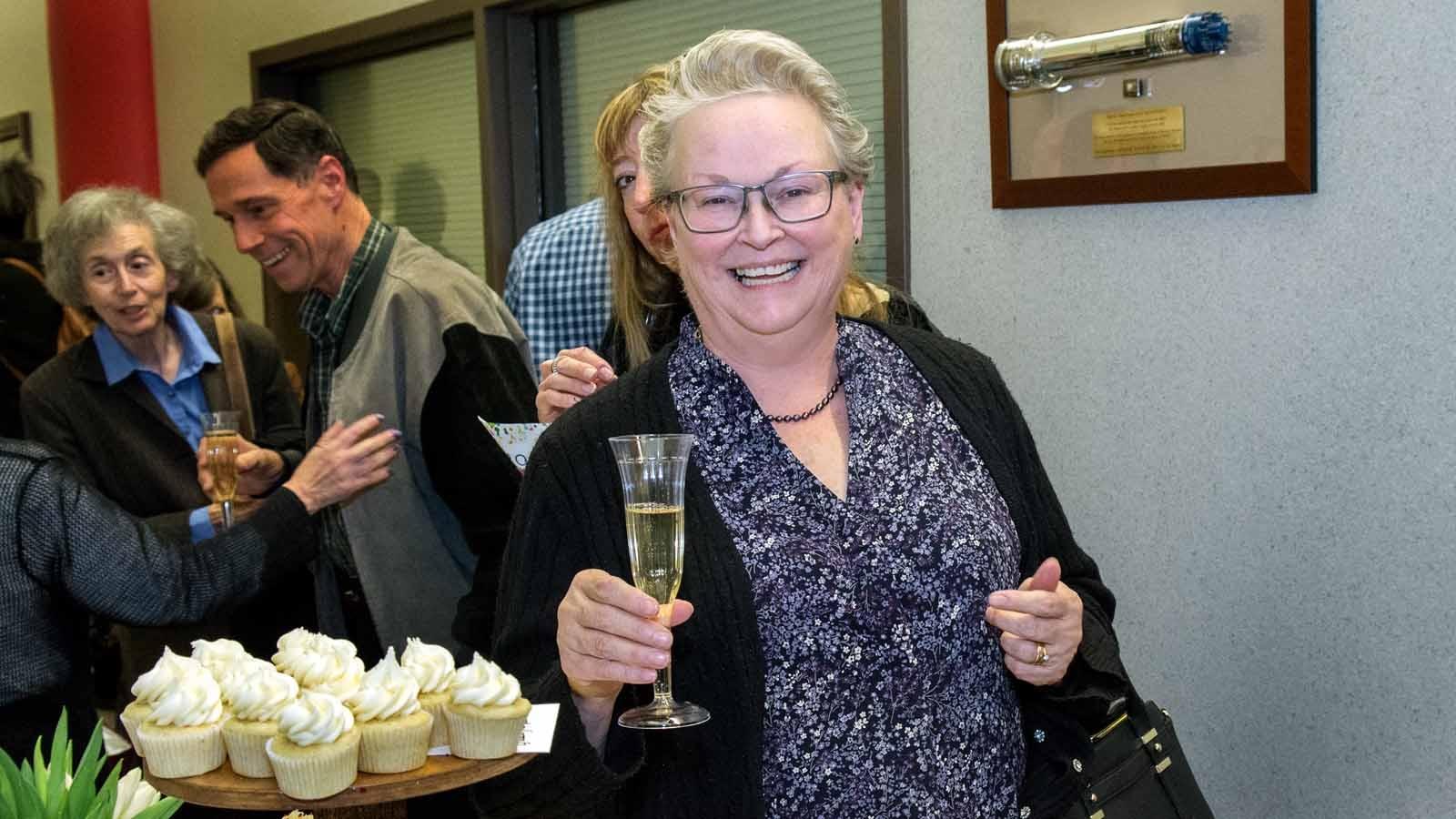 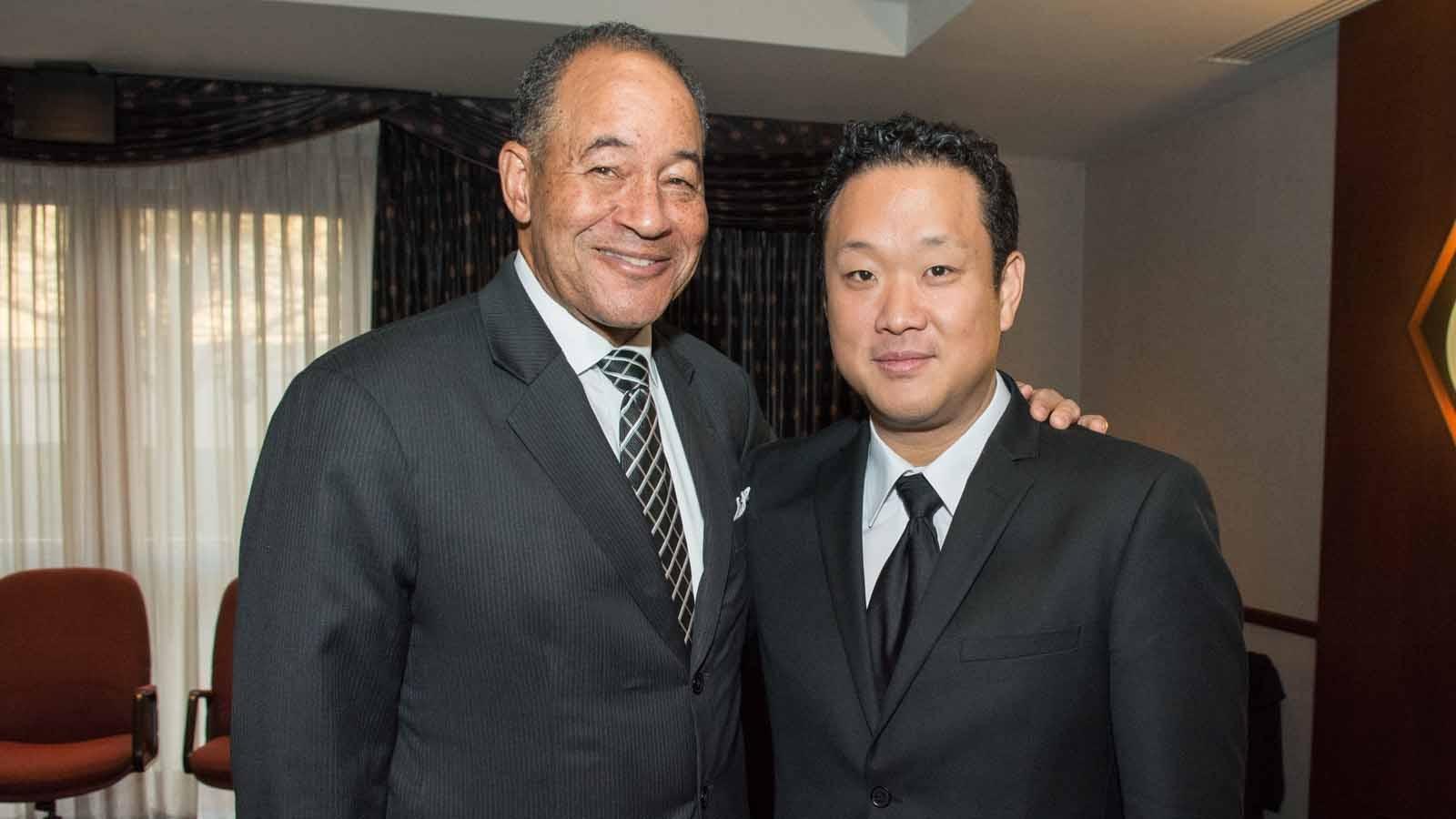 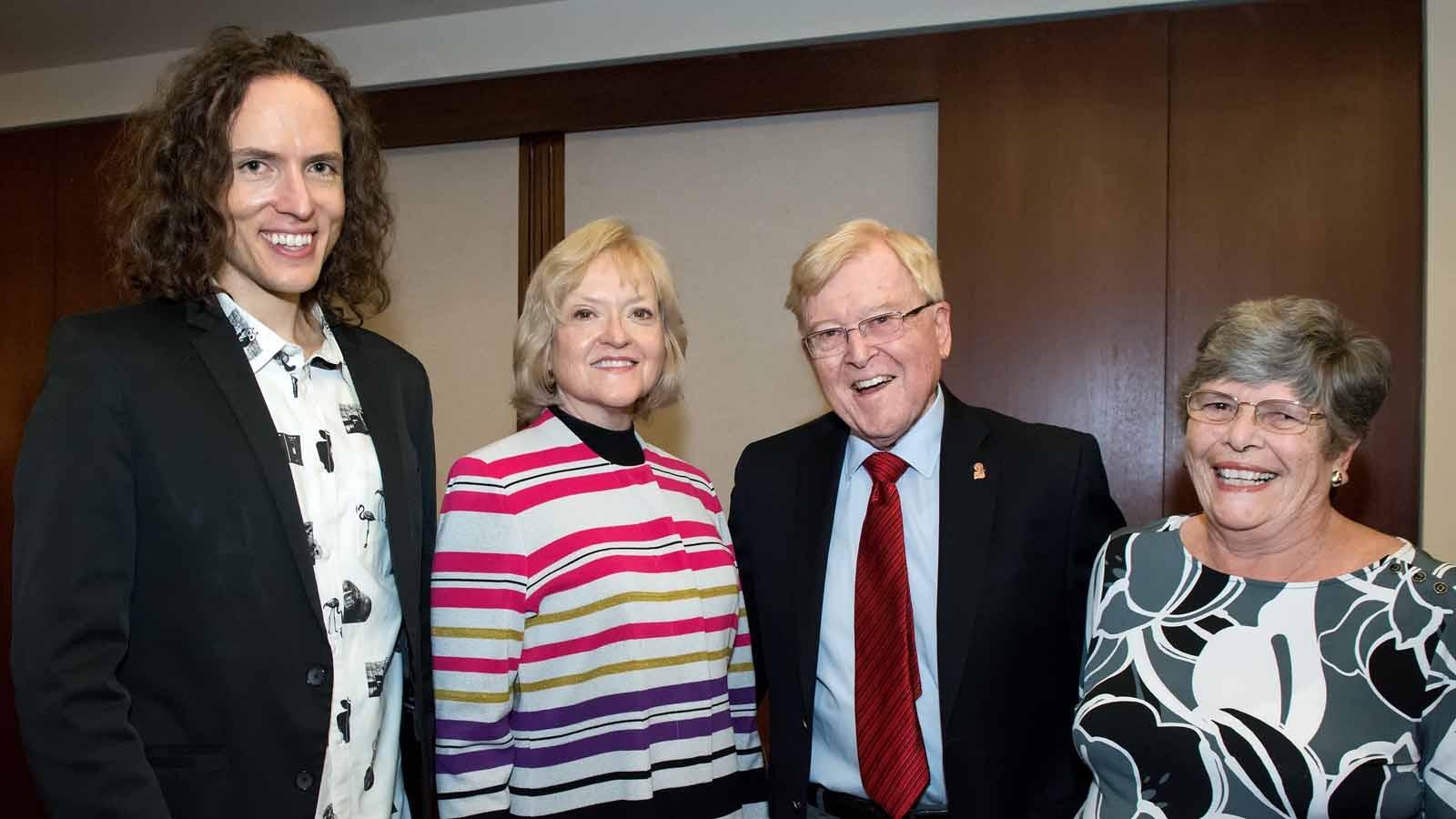 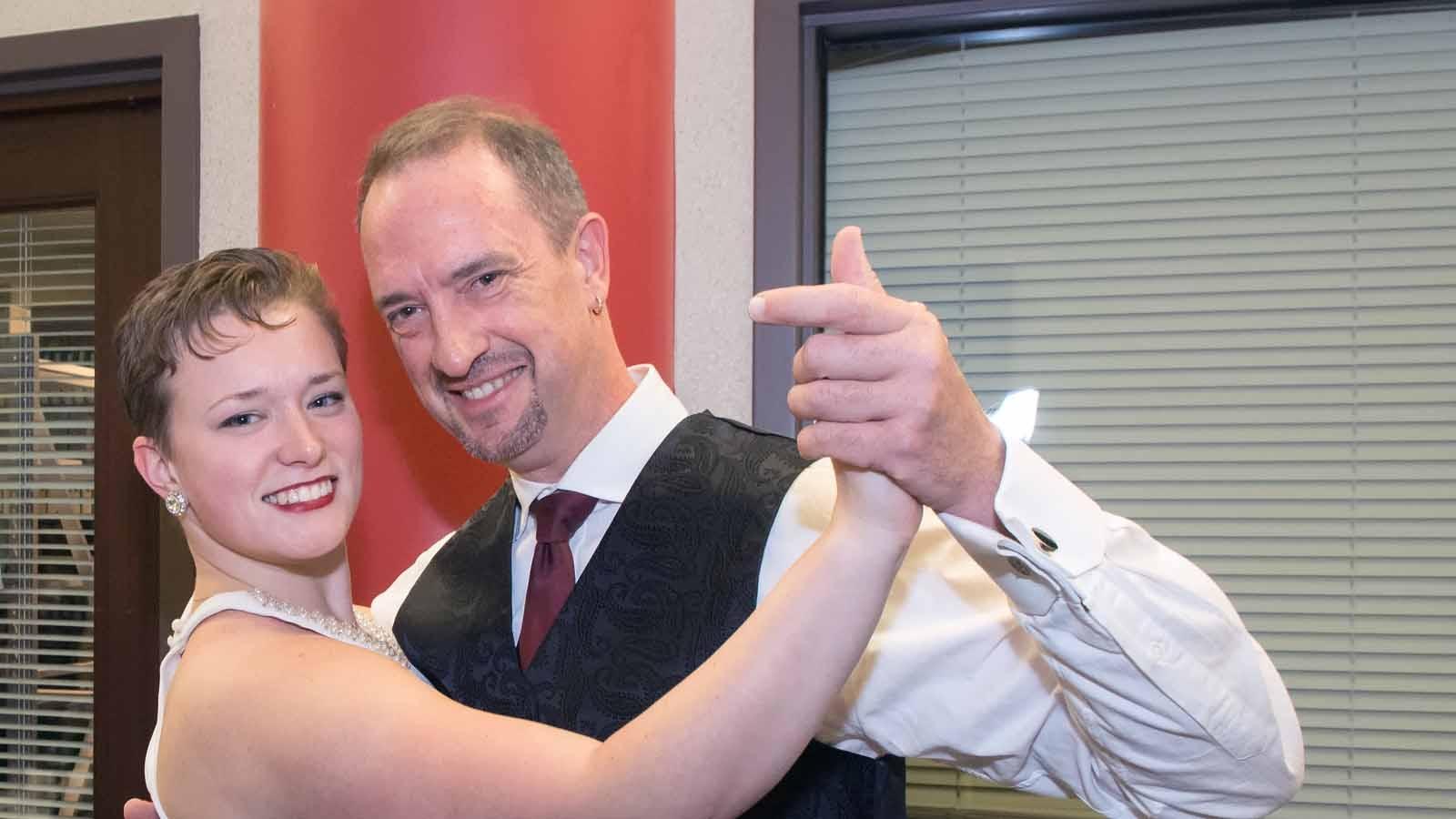 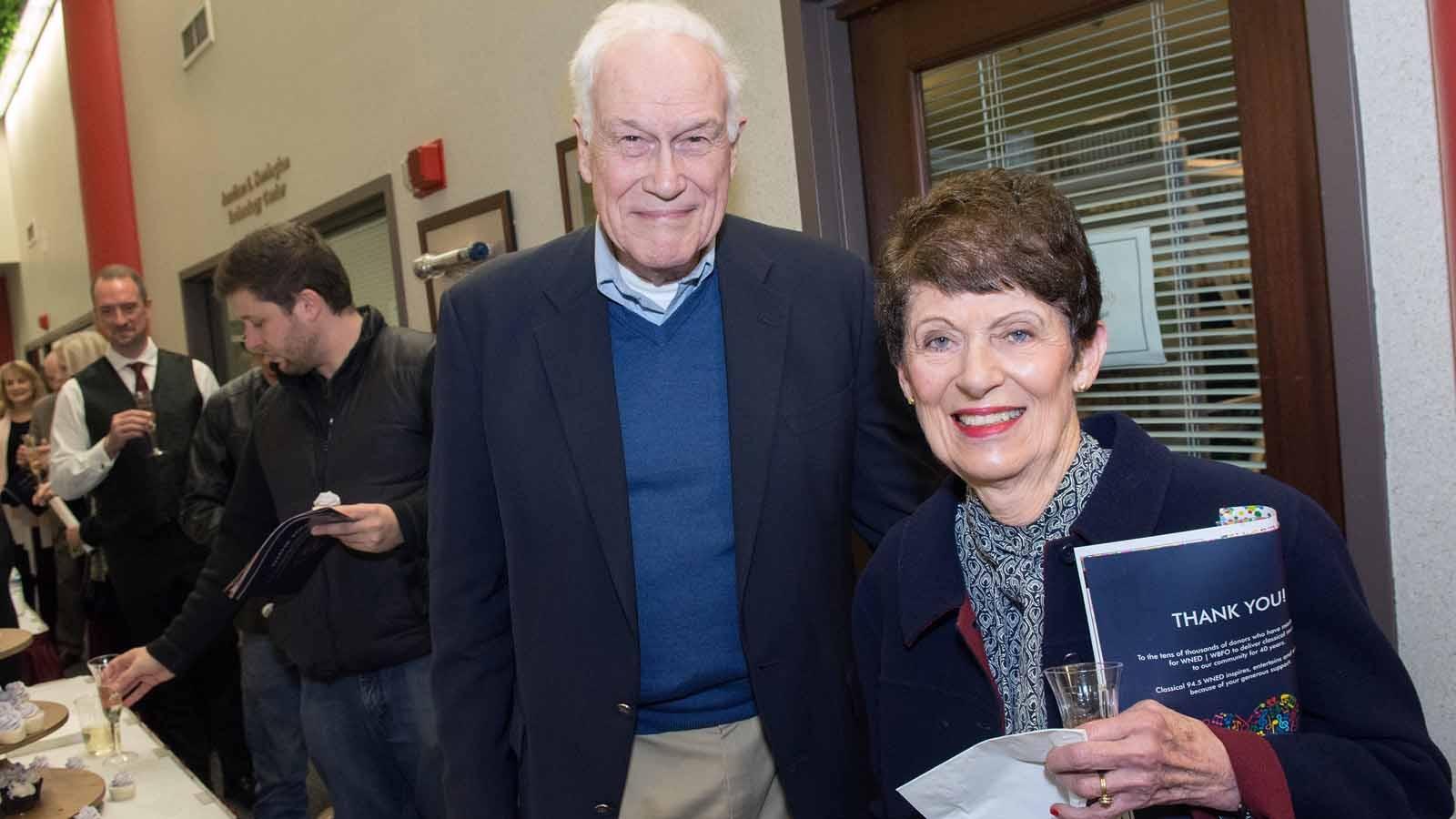 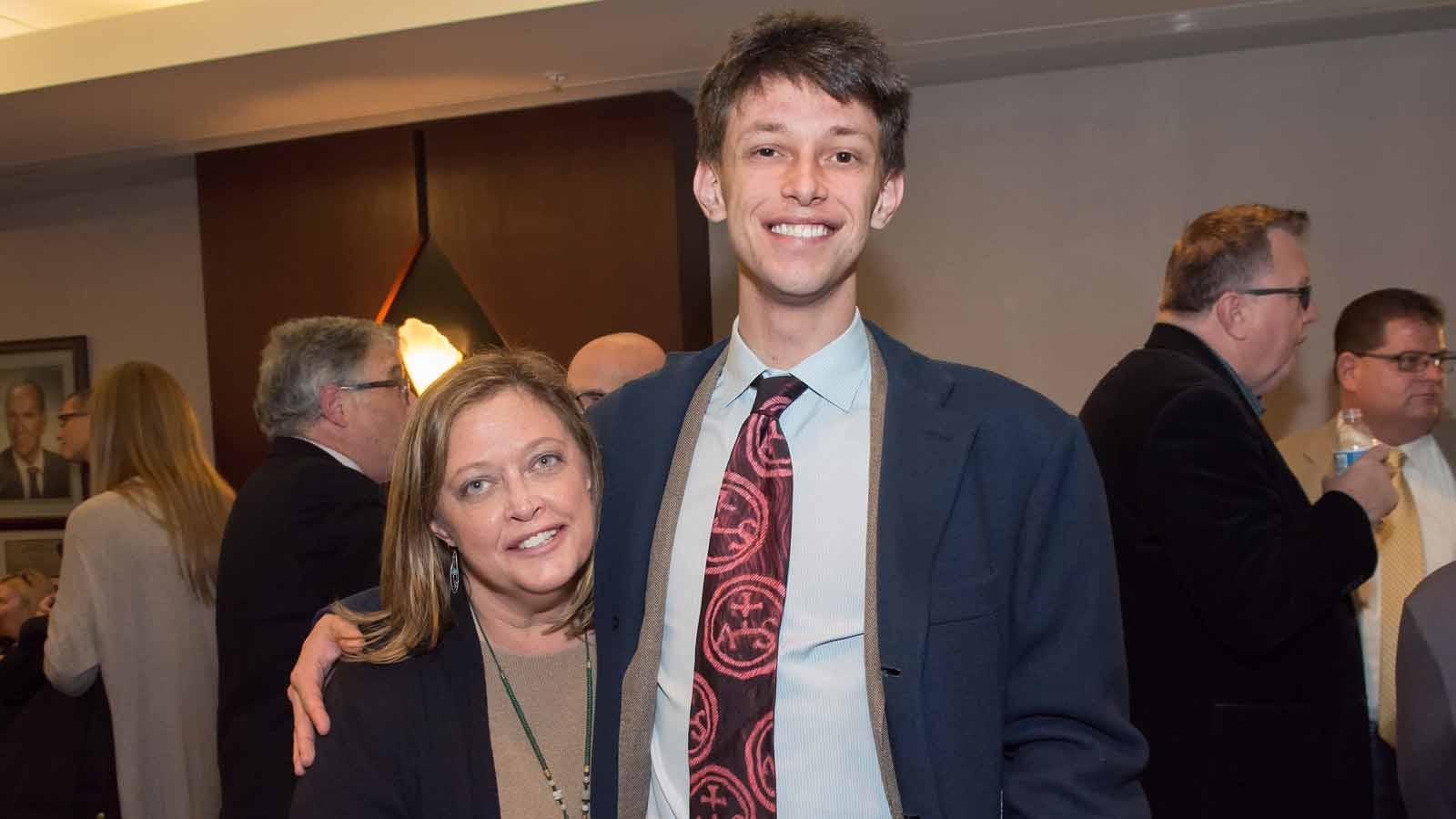 17 / 26
Share This Gallery
The participation of Tim Fain and Augustin Hadelich was made possible by the Stradivari Society. 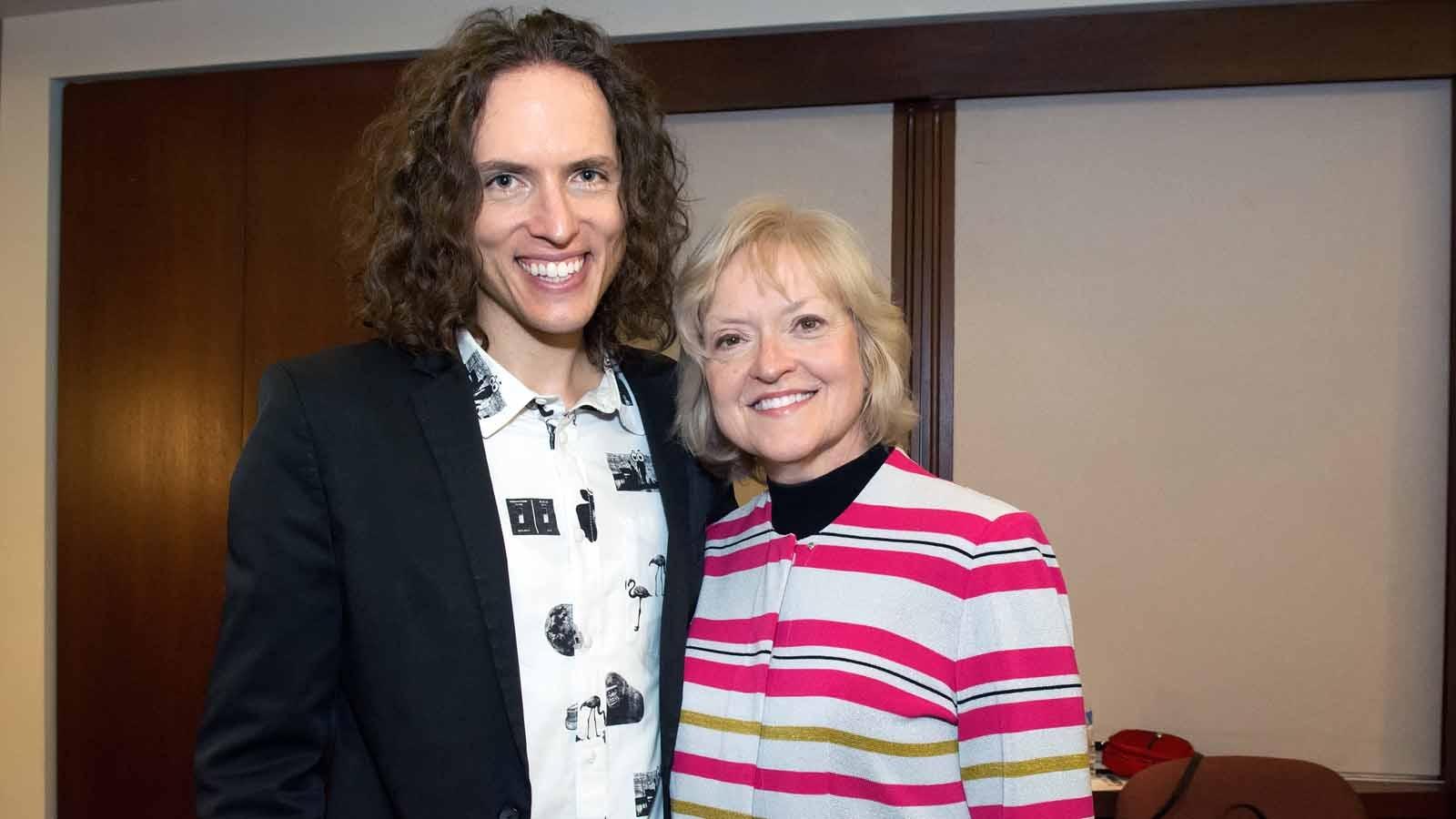 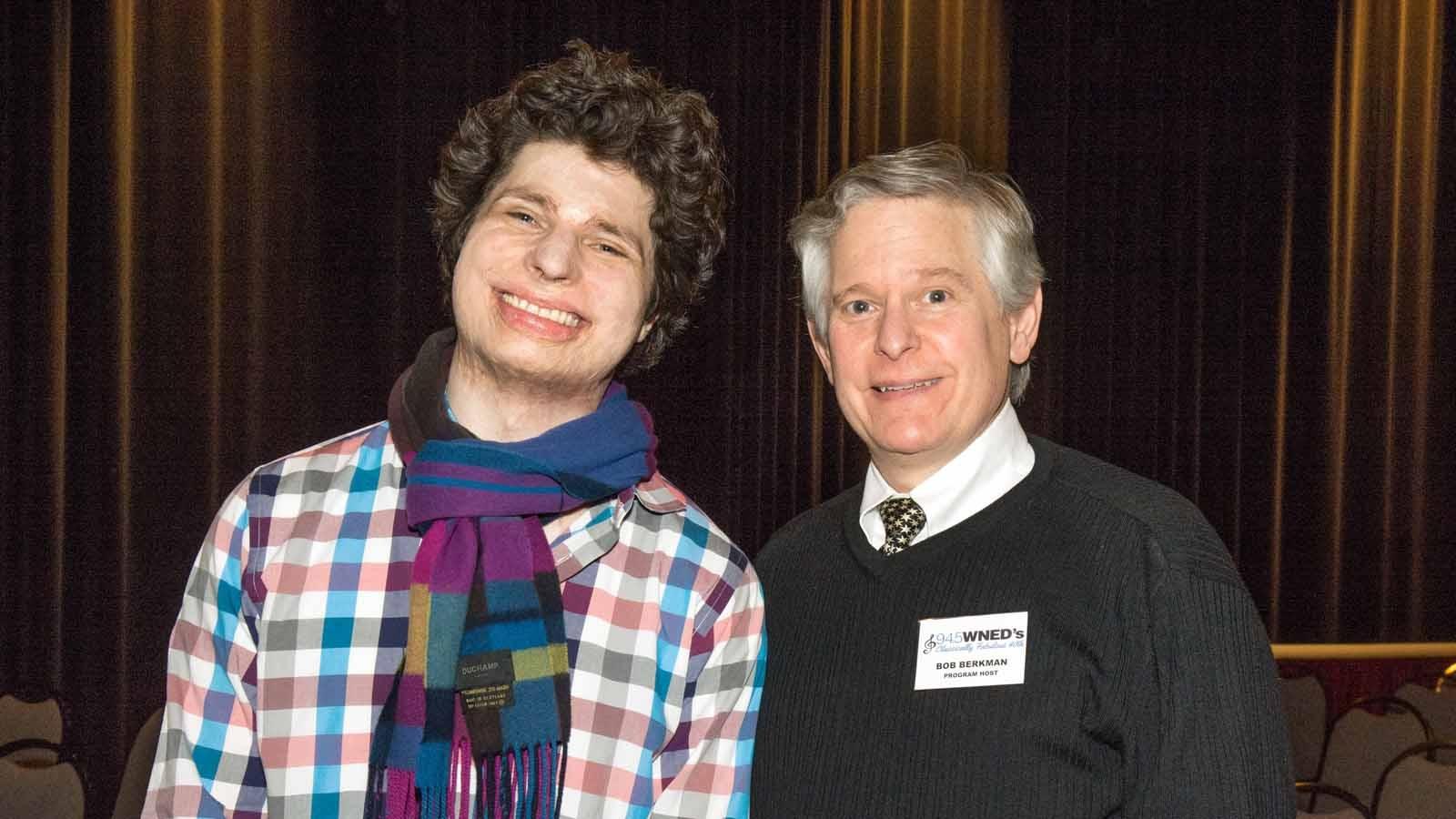 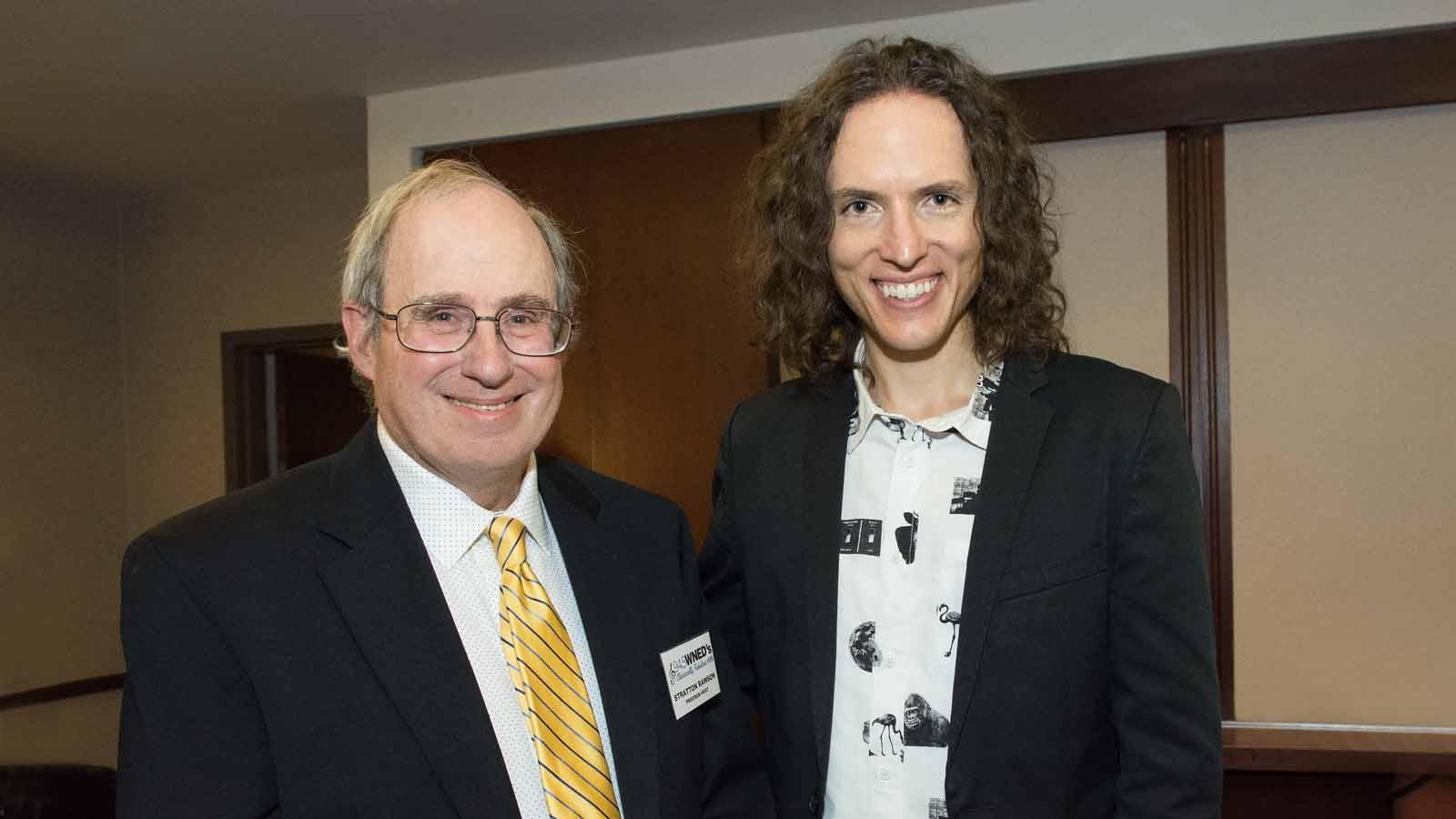 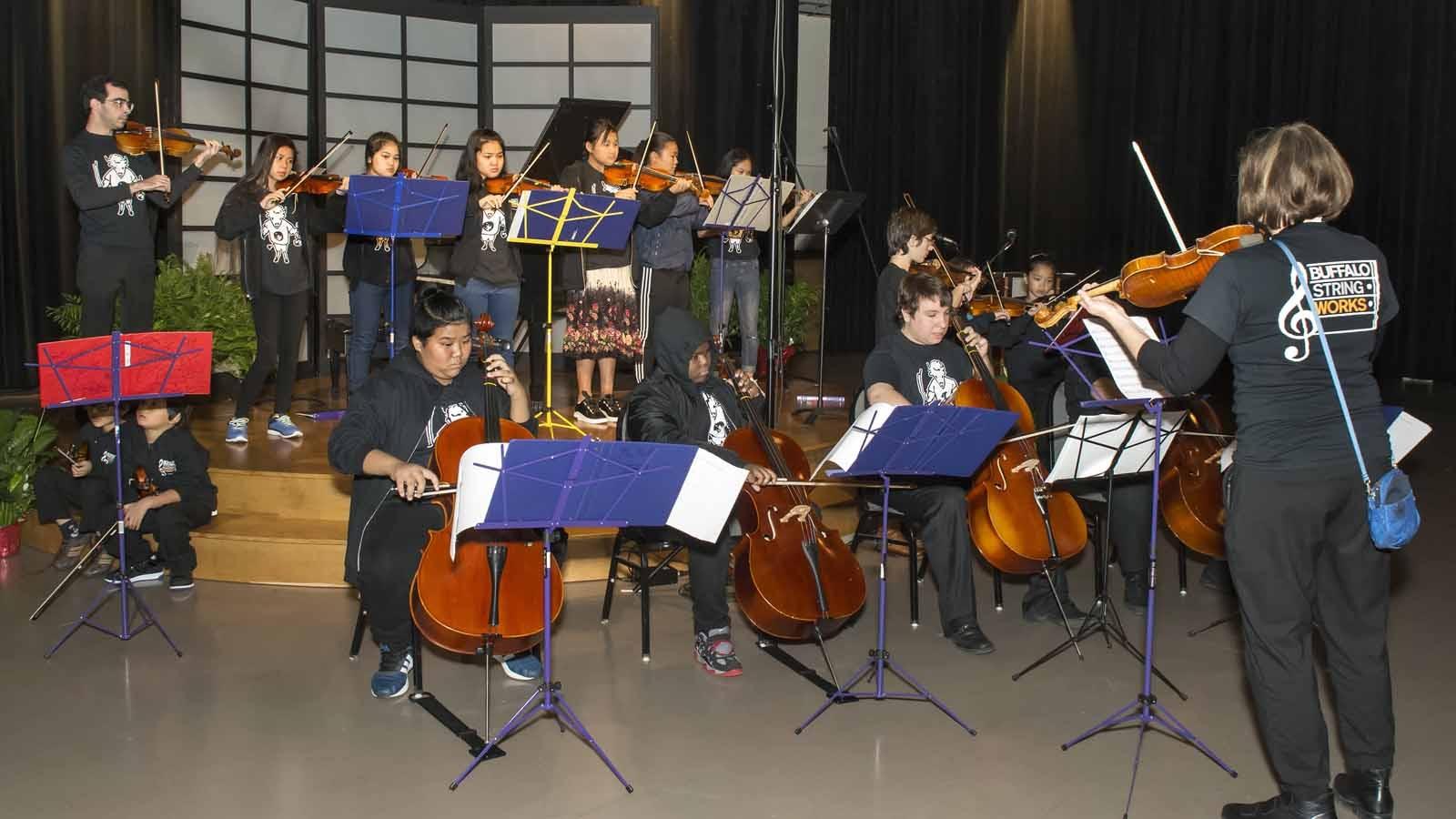 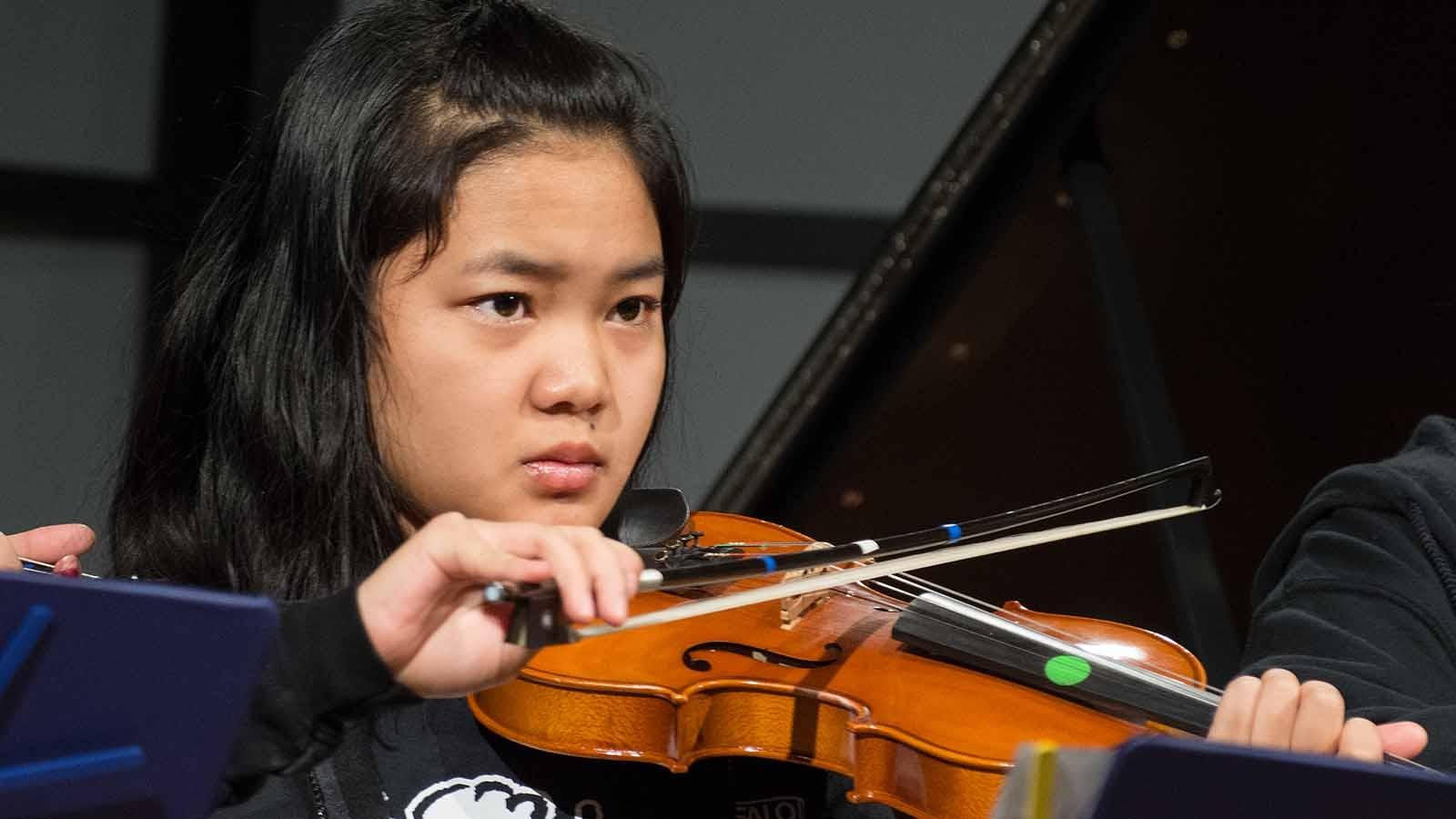 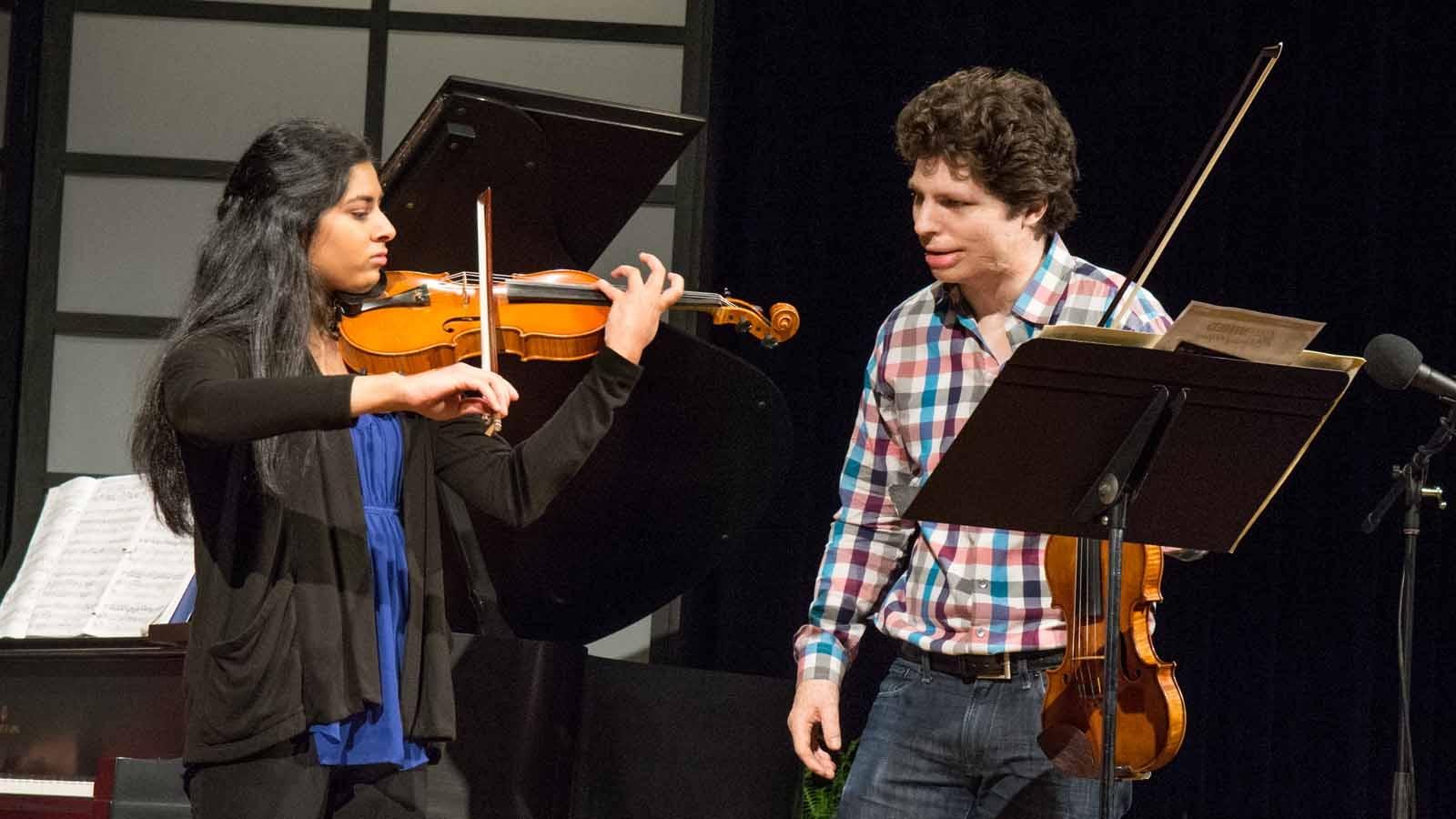 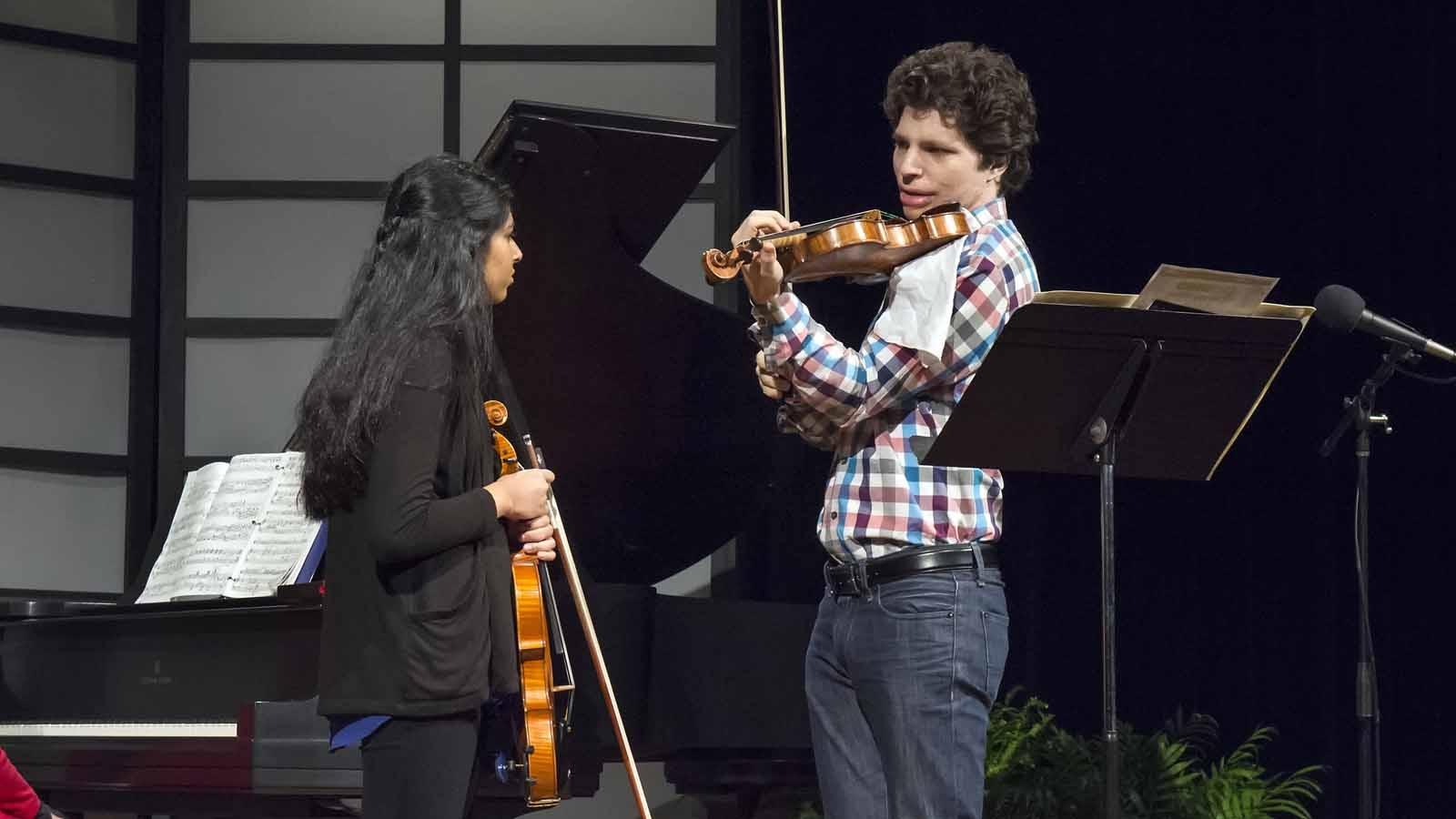 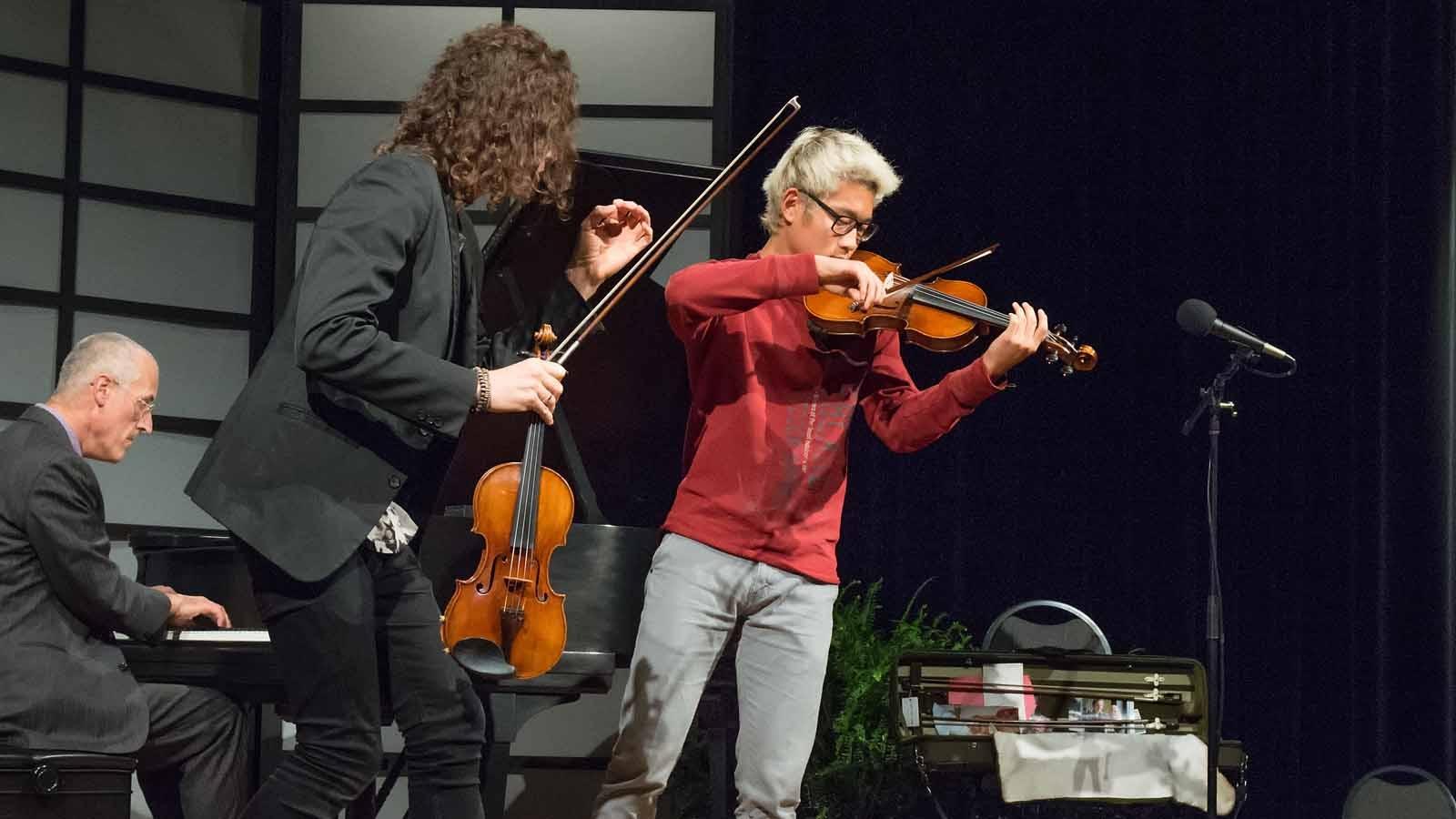 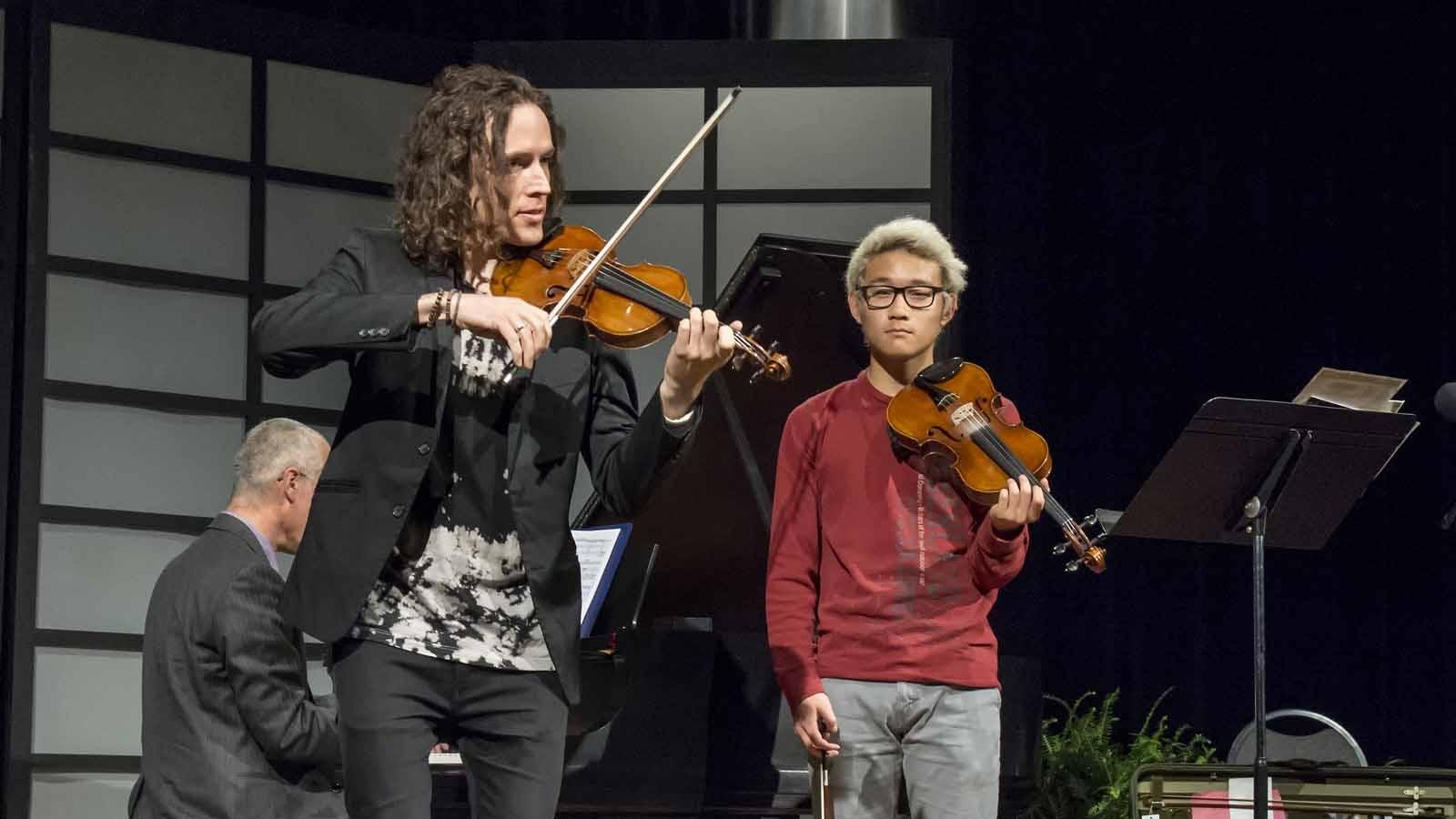 Thank you to the WNED Classically Fabulous 40th sponsors!