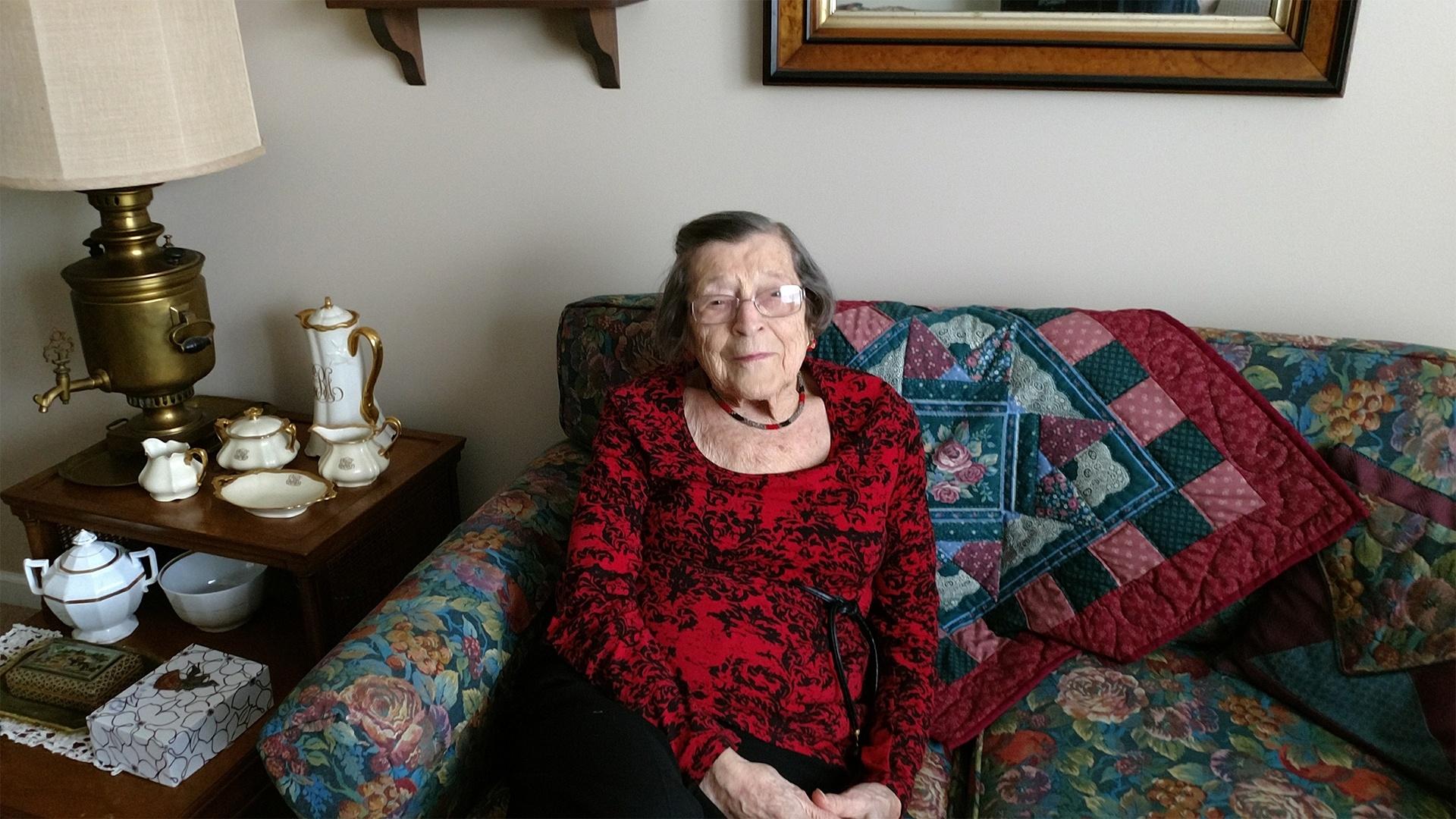 Peggy Noble Addoms, was a long-time Niagara Falls resident and when asked how long she supported Buffalo Toronto Public Media she said “as long as she could remember.” She relocated from Connecticut in 1948 and realized how enjoyable our programming was the minute we went on the air in 1959. She immediately began contributing to our stations.

In addition to BTPM, Addoms supported Child and Family Services, Opportunities Unlimited and the Niagara Falls Memorial Hospital where she served as a volunteer for 58 years!

She lived a very active lifestyle well into her 90’s and BTPM remained one of the top priorities in her philanthropy. Along with her annual support, Addoms had notified us that she also remembered BTPM in her estate plan, and when she passed away at 99 in 2018, we received a generous gift in her will. 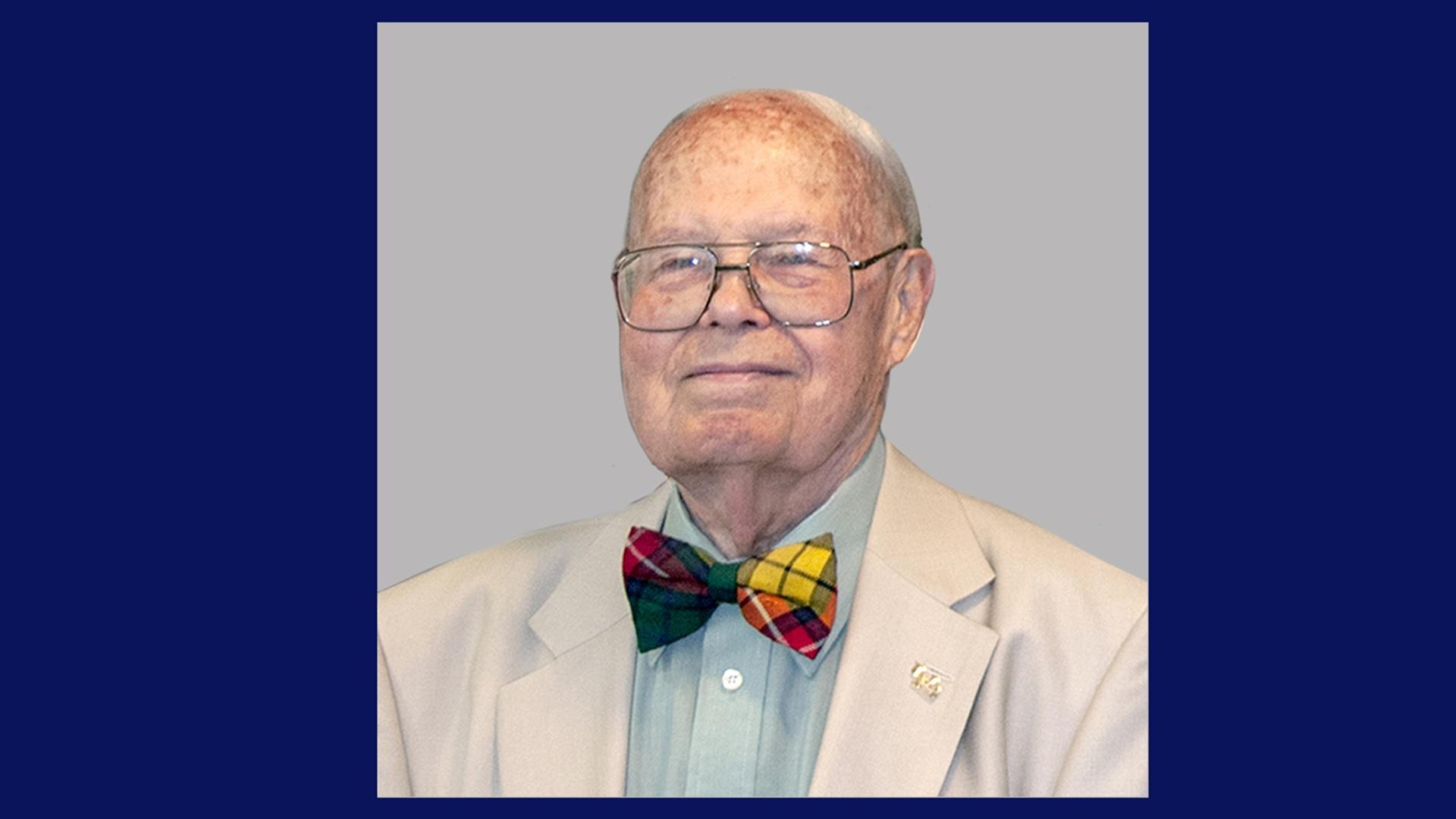 Doctors Charles and Beverly Bishop were philanthropists, supporting organizations that enriched their lives. As one of the beneficiaries of their generosity, BTPM appreciated the Bishops’ long-time annual support of WNED PBS and WNED Classical at the Leader Level as well as their donation to the Capital Campaign for Digital Conversion support.

The Bishops also had made provisions in their will for BTPM, however after Beverly’s death in 2008 Charles met with his financial advisor and decided to make his legacy donation while he was still alive.  Charles said he would prefer to see their legacy gift “in action” rather than wait until the gift passed through his estate.  At that time, Charles also doubled this support from $50,000 to $100,000.

Buffalo Toronto Public Media was happy that Charles could continue to watch and listen to the programs he helped make possible with this legacy donation until his death in 2014. 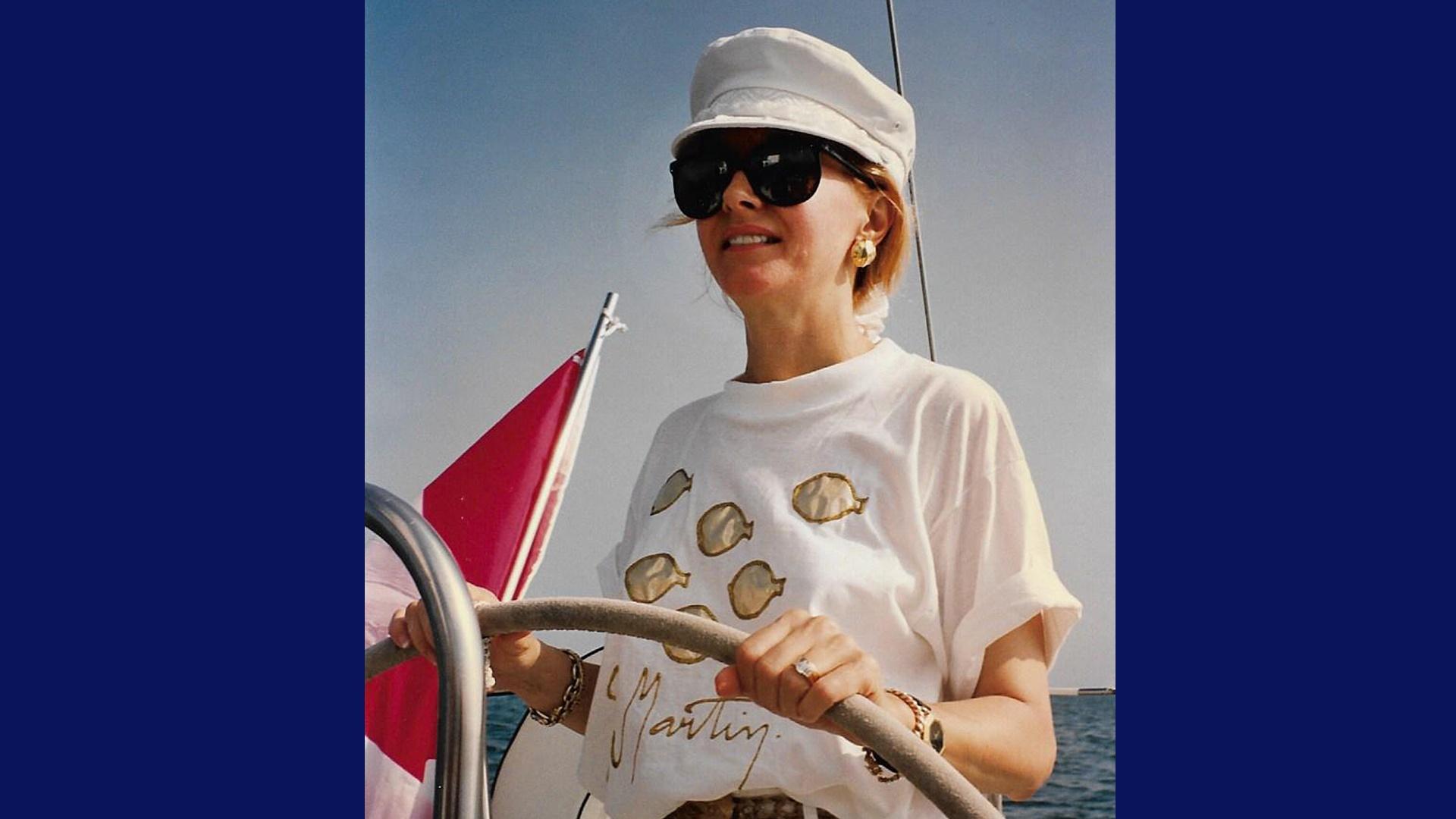 For Eileen Mary Frayn, education was a lifelong pursuit.

A high school teacher and a college guidance counselor in Toronto, Ontario for over thirty-five years, Ms. Frayn believed strongly in the importance of pursuing and celebrating education. She earned her Bachelor of Arts degree from the University of Windsor and her Master of Arts degree from the University of Toronto. Pursuing her passion for higher education, Ms. Frayn accepted a position at Cedarbrae Collegiate Institute where she filled several different roles, most recently as Assistant Head of the Guidance Department.

Sadly, a diagnosis of multiple sclerosis forced Ms. Frayn to retire early. As her disease progressed, her mobility decreased, and she turned to WNED PBS for educational programming. Spending hours watching content on history, science, and the arts, Ms. Frayn decided to safeguard public broadcasting’s future for the coming generation. Her incredible generous bequest of one million dollars has had a resounding impact on WNED PBS, and will continue to do so for years to come. Buffalo Toronto Public Media (BTPM) is incredibly proud to have been there for her during her hardest days, and we are honored she has chosen to help BTPM continue our work. 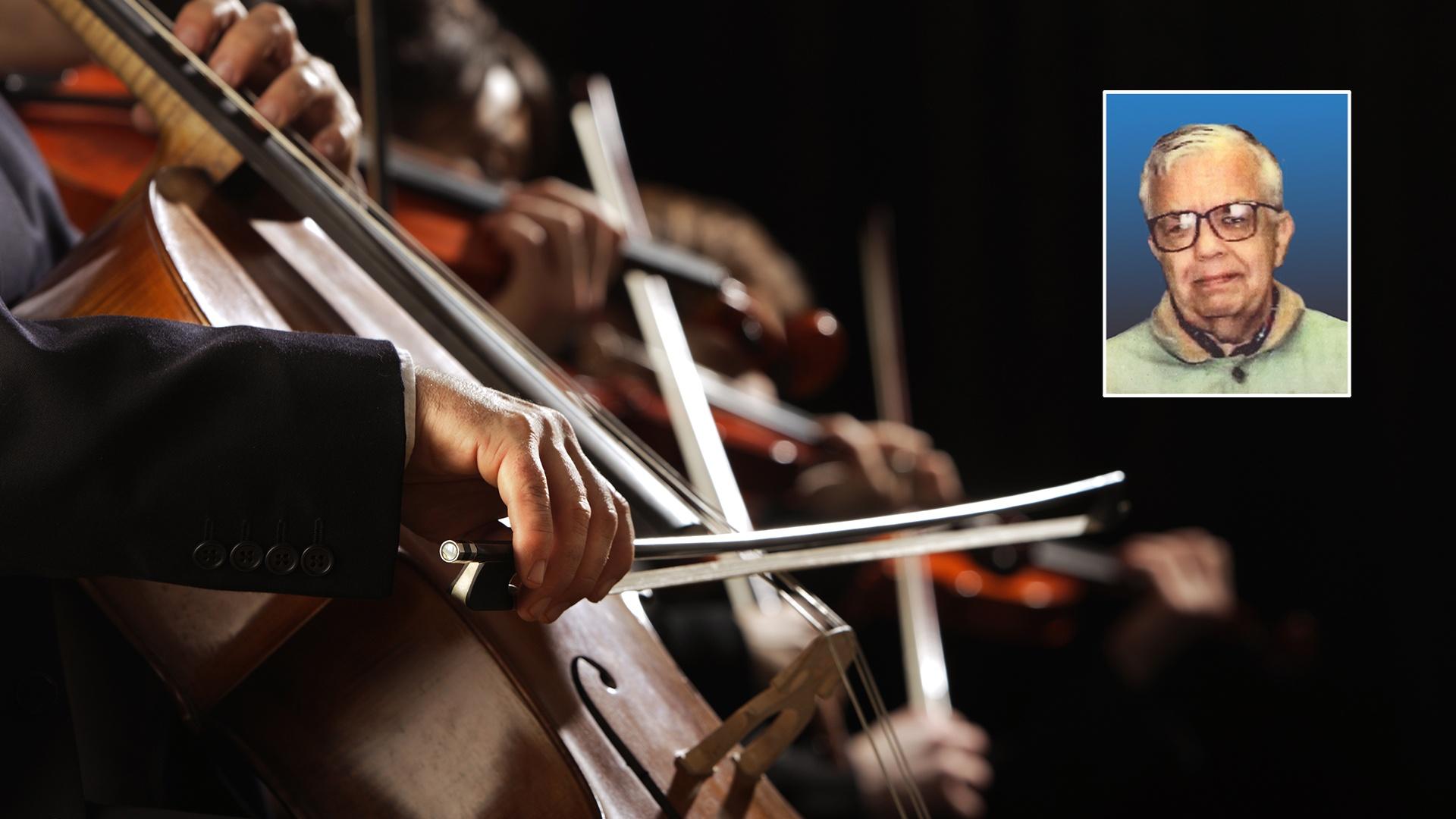 Charles Hubbell’s name had appeared on WNED’s list of donors since 1982. The former engineer was a member of WNED PBS, WNED Classical, and WBFO NPR sometimes supporting at the leader level. However, after his death in 2005, Buffalo Toronto Public Media (BTPM) was shocked to learn that Mr. Hubbell had placed all of his assets in a trust, providing a modest income for himself and a $1.4 million bequest to WNED – the largest in the station’s history.

When BTPM learned of this transformational gift, former President and CEO Donald K. Boswell said “We didn’t know much about this quiet patron but we are extremely grateful for his enormous generosity.”

We later learned from his attorney that Mr. Hubbell was wildly passionate about classical music. He had amassed more than 10,000 CD’s and although he lived an otherwise simple life, he had his home wired with an exceptional sound system.

To honor Mr. Hubbell, his name was memorialized at the BTPM headquarters as a reminder of his extraordinary commitment to public broadcasting. 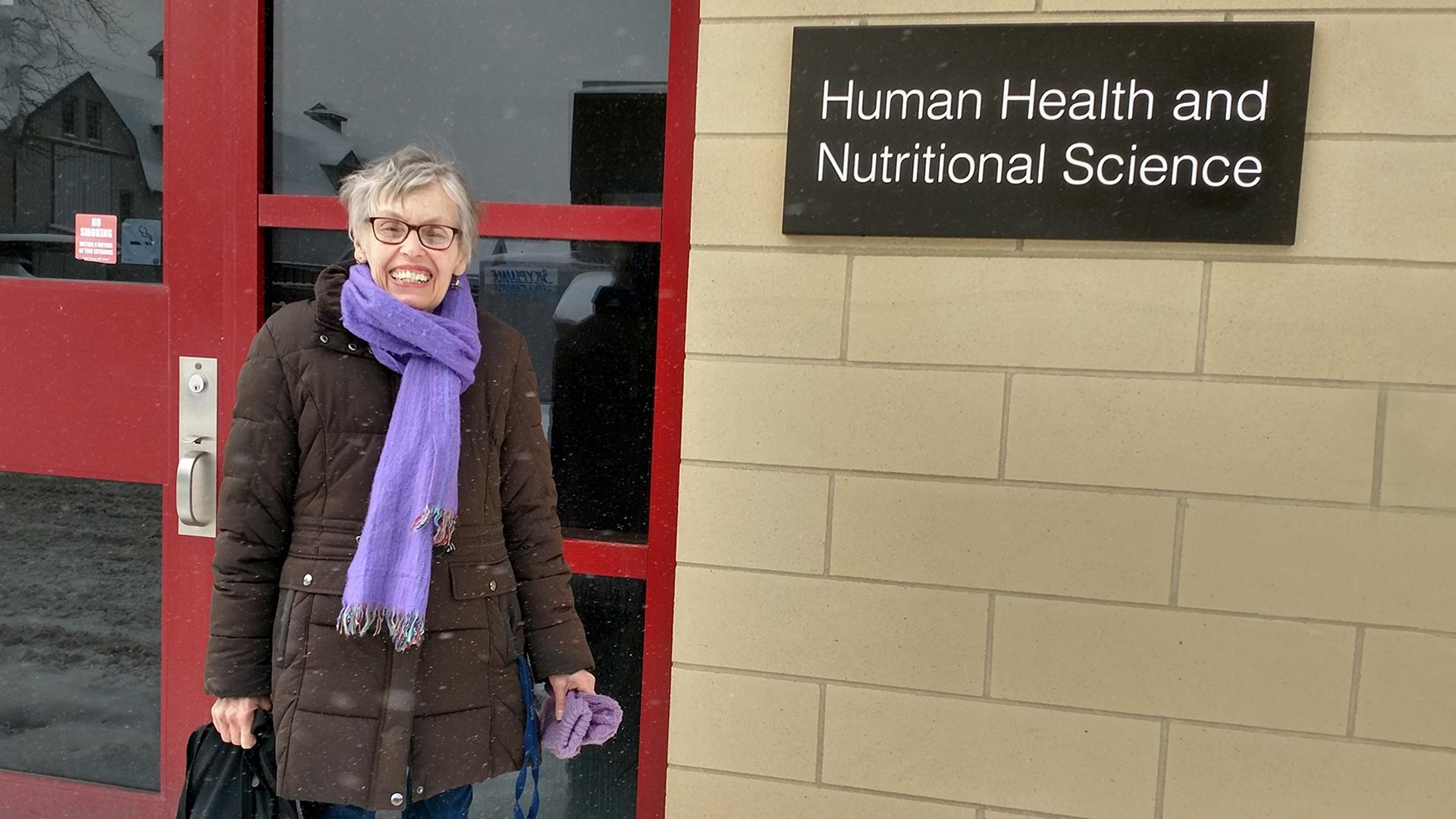 For Diana Philbrick of Toronto, her support of Buffalo Toronto Public Media (BTPM) is all about the content. Ms. Philbrick enjoys watching many WNED PBS programs, but mostly appreciates the programs that unite instead of divide. Raised in Vermont, U.S., Ms. Philbrick moved to Canada for work many years ago. She has been a member of the staff at the University of Guelph since 1970, where she currently serves as facility manager in an animal holding center for the Department of Human Health and Nutritional Sciences.

Ms. Philbrick values the fact-based and balanced stories on “American Experience,” “Frontline,” and “PBS NewsHour” as well as the many rich stories celebrating our diverse cultural differences. She loves that WNED PBS has something for everyone. While “NOVA” educates, “Masterpiece” entertains. Where “PBS NewsHour” informs, “American Experience” engages. Each program serves a unique and pointed purpose, allowing the viewer a holistic television watching experience.

A chairman level donor, Ms. Philbrick is an annual donor and is also a member of our Legacy Society as she has remembered the station in her will. Ms. Philbrick gives to BTPM so educational and high-quality programming will be available now and for generations to come. We thank her for her commitment to quality public broadcasting.

In addition to her generous financial support of BTPM, she also gives to the Canadian Red Cross and the Brattleboro Memorial Hospital in Brattleboro, VT, and is an active volunteer for the Heart and Stroke Foundation of Canada. 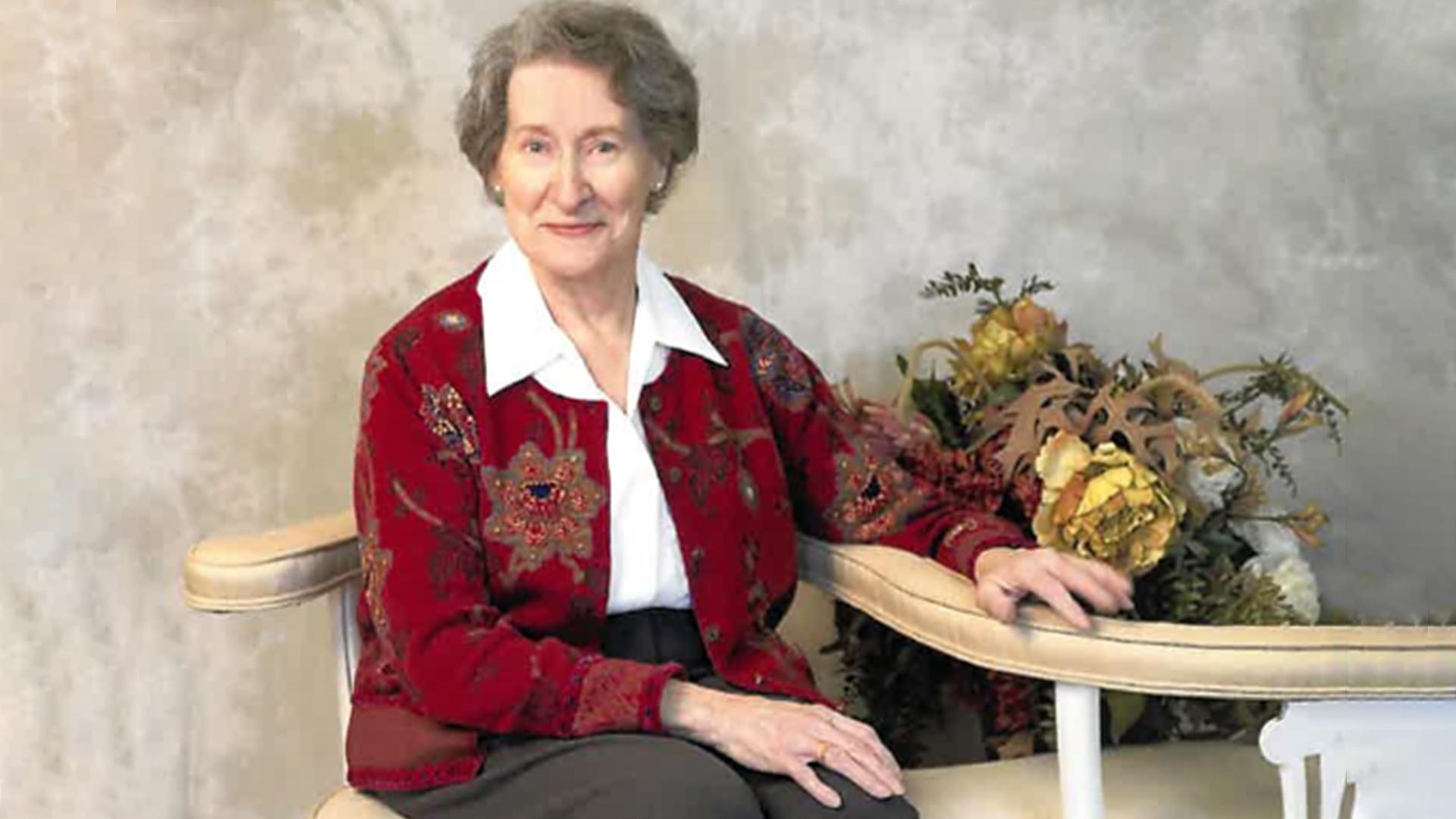 Dedicated Buffalo Toronto Public Media (BTPM) supporter Ann Reynolds of Stratford, Ontario lives a life of service to those in her community. Reynolds began giving to BTPM because of the impressive quality of its programming; in fact, “Brideshead Revisited” was the first program she enjoyed, leading to the purchase of her first television. Reynolds finds that the WNED PBS programs cover an incredibly wide selection of topics, from travel and nature to science and the arts.

Reynolds believes deeply in the mission of BTPM, stating:

“The cause matters because our world has changed and continues to change at a rapid rate. There is a need for certain linchpins in society that can be relied on to preserve and support programs that viewers can learn and be educated from.” Reynolds knows that BTPM is one of those linchpins.

Reynolds is passionate and kind, living her life so that others may benefit from her community service. She spends one to two days a week volunteering and completing administrative tasks for the Stratford Festival Theater. She also finds herself consistently drawn to classical music, and says it’s a vital and enriching aspect of her life. Reynolds has given to music programs for many groups including those focusing in classical, opera, and lighter styles. The stations of BTPM have been there to support her, and we are grateful that she has chosen to support us. In addition to her annual membership support, we are grateful that she has also chosen to remember Buffalo Toronto Public Media in her estate plans. 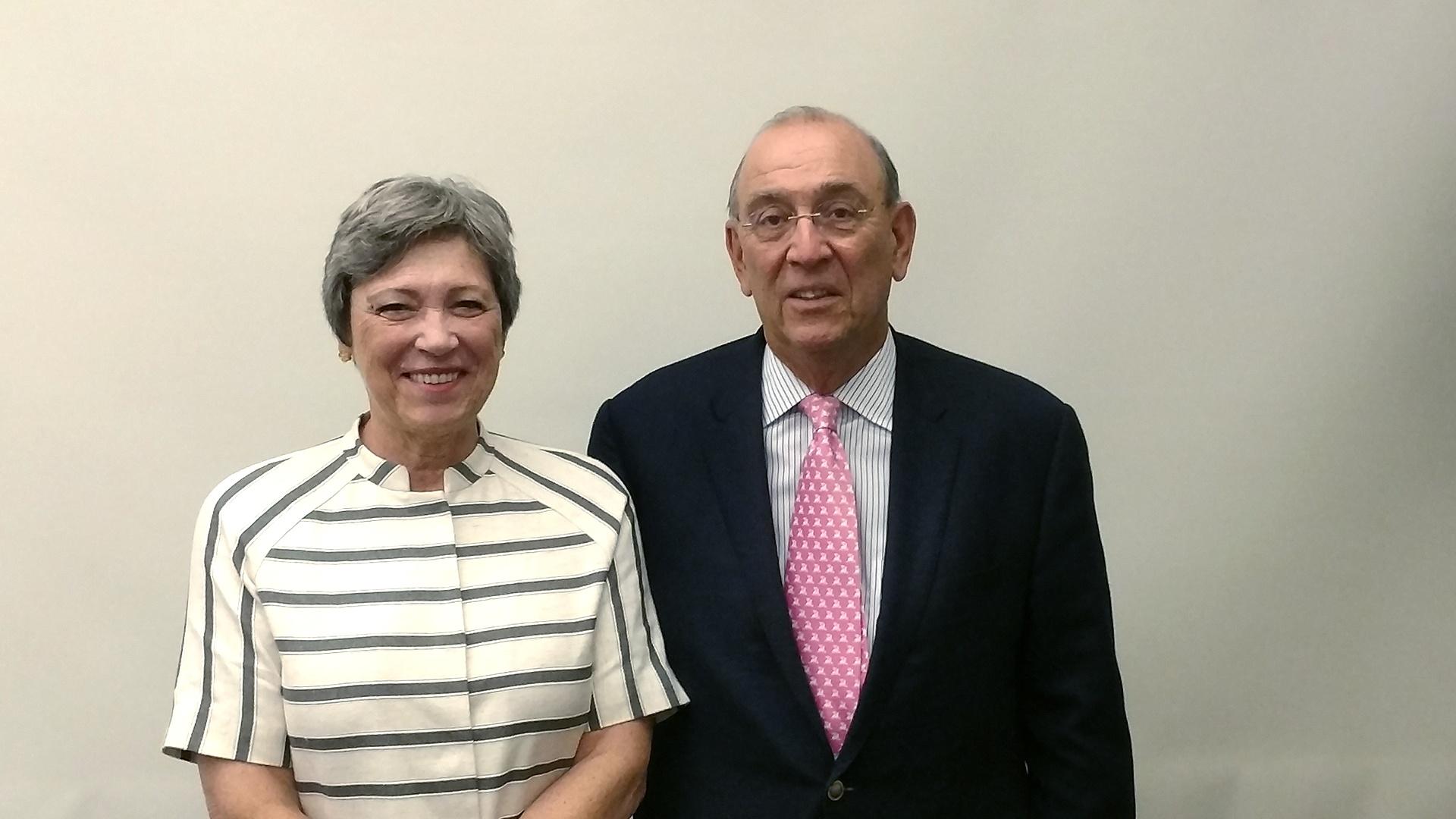 Jim and Michal, of Buffalo, NY are longtime members of Buffalo Toronto Public Media (BTPM). Jim, who was born and raised in Buffalo, remembers his mother’s love and support of the station. She always encouraged him to do the same. Michal grew up on Long Island, NY and learned about philanthropy at the knee of her step-mother, Patricia Oishei Colby. As a result, she understood from a young age the importance of community service.

Philanthropy has been a shared passion since the beginning of Jim and Michal’s relationship, when they met at a Buffalo fundraising event in 1991, and it remains a constant in their life. They began as volunteers at several organizations and now provide financial support to 35 nonprofits in the region. They give to arts and community organizations along with healthcare and academic institutions. Both serve as chairs and officers on several community and foundation boards in WNY.

BTPM is grateful that Jim and Michal believe that our programming is the best out there and our on-air staff is second to none.

Jim and Michal’s story of giving is unique in that they offer generous personal support, give through foundations in which they are involved with, and assist in securing corporate support from Hodgson Russ, LLP where Jim began as an attorney in 1964. Jim and Michal have also notified BTPM that they have made provisions for the station in their will.

We are grateful to Jim and Michal for their support of BTPM and the WNY Community! 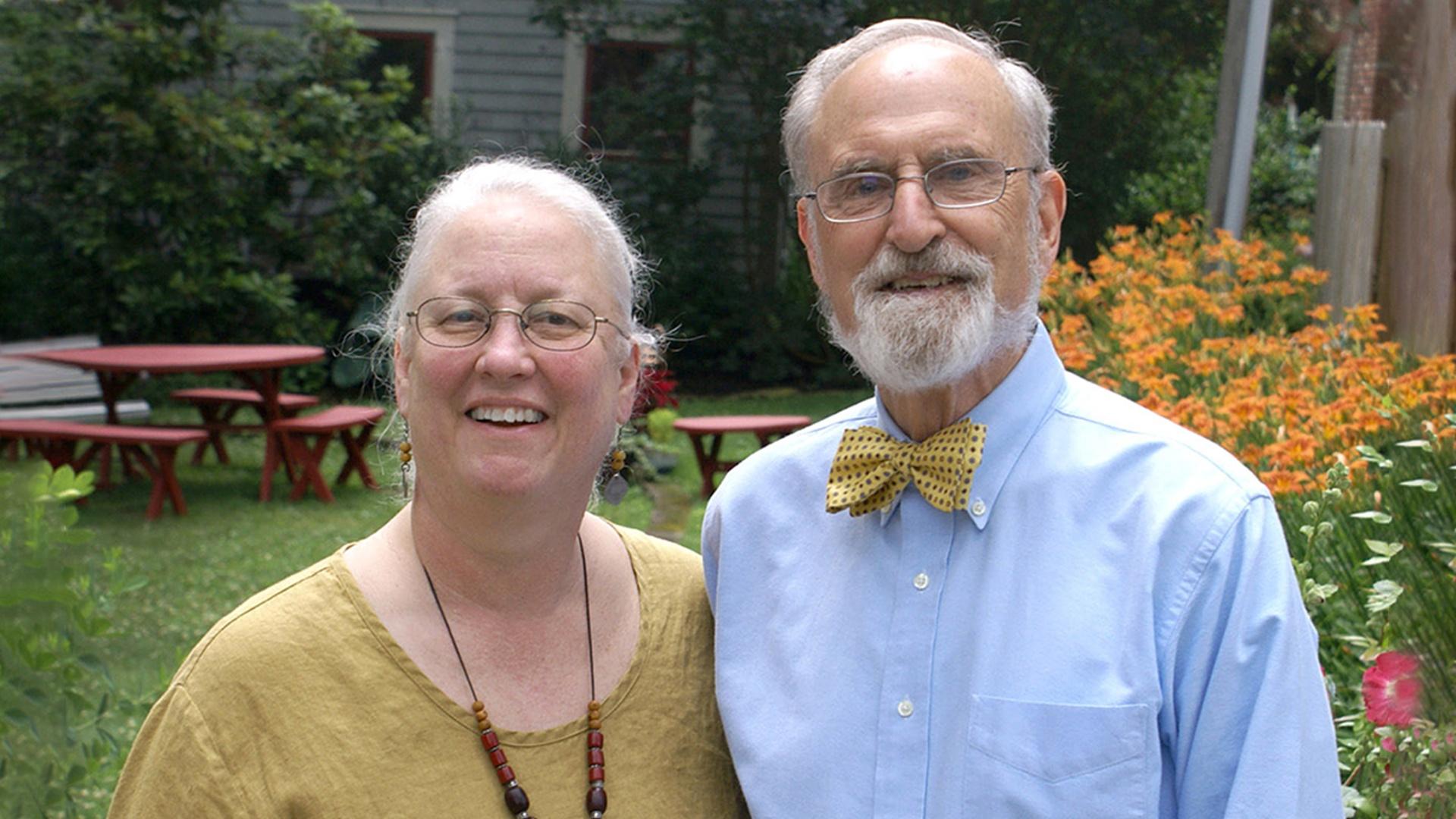 Claude Welch and Jeannette Ludwig moved to Western New York to pursue professorships at the University at Buffalo. Turning to WNED Classical for the music and WBFO for timely news coverage, they soon found their respective radio stations. Their television preferences soon followed as the couple looked to WNED PBS’ TV programming for enriching content, including “Nova” and “The American Experience,” WNED PBS original productions like “The War of 1812,” and “Buffalo’s Houses of Worship.”

Welch arrived on campus in 1964 as a political scientist and history buff, and he found himself particularly interested in WBFO. His colleague, Bill Siemering, who arrived in 1963 was an avid listener of CBC and was impressed with their wide-ranging, in-depth news coverage, and their excellent feature stories. He desired to create something comparable in the United States, which led to WBFO. Siemering became a founding member of NPR and the author of its original mission statement. As NPR's first director of programming, Siemering helped shape its flagship program “All Things Considered” into an influential and enduring fixture of American media. Welch has witnessed and supported WBFO’s continued growth firsthand. When Ludwig joined UB in 1977, the year that WNED Classical became an all-classical music station, she, too, became a dedicated listener and supporter.

Welch said that he expects Buffalo Toronto Public Media to continue to inform listeners by providing impartial, comprehensive coverage — what the CPB and NPR have carried out since their respective 1967 and 1970 launches. Reporting about scientific advances, including medical ones are especially important to him. Welch remains an active member of BTPM, honoring both his personal commitments and his wife’s legacy.

When Ludwig passed in 2018, she left a significant legacy gift to the WNED Foundation* to help ensure the future financial stability of all BTPM stations. Welch has notified BTPM that he too has made a similar legacy gift.

See friends and members who have planned for Buffalo Toronto Public Media’s future through a bequest intention or other gift planning techniques.