In an immersive narrative, Ken Burns and Lynn Novick tell the epic story of the Vietnam War as it has never before been told on film. The Vietnam War features testimony from nearly 80 witnesses, including many Americans who fought in the war and others who opposed it, as well as Vietnamese combatants and civilians from both the winning and losing sides.

THE VIETNAM WAR | The Reviews Are In | PBS

America's top critics are unanimous in their praise for The Vietnam War on PBS.

After a long and brutal war, Vietnamese revolutionaries led by Ho Chi Minh end nearly a century of French colonial occupation. With the Cold War intensifying, Vietnam is divided in two at Geneva. Communists in the north aim to reunify the country, while America supports Ngo Dinh Diem’s untested regime in the south.

President Kennedy inspires idealistic young Americans to serve their country and wrestles with how deeply to get involved in South Vietnam. As the increasingly autocratic Diem regime faces a growing communist insurgency and widespread Buddhist protests, a grave political crisis unfolds.

With South Vietnam in chaos, hardliners in Hanoi seize the initiative and send combat troops to the south, accelerating the insurgency. Fearing Saigon’s collapse, President Johnson escalates America’s military commitment, authorizing sustained bombing of the north and deploying ground troops in the south.

Defying American airpower, North Vietnamese troops and materiel stream down the Ho Chi Minh Trail into the south, while Saigon struggles to “pacify the countryside.” As an antiwar movement builds back home, hundreds of thousands of soldiers and Marines discover that the war they are being asked to fight in Vietnam is nothing like their fathers’ war.

American casualties and enemy body counts mount as Marines face deadly North Vietnamese ambushes and artillery south of the DMZ and Army units chase an elusive enemy in the central highlands. Hanoi lays plans for a massive surprise offensive, and the Johnson Administration reassures the American public that victory is in sight

On the eve of the Tet holiday, North Vietnamese and Viet Cong forces launch surprise attacks on cities and military bases throughout the south, suffering devastating losses but casting grave doubt on Johnson’s promise that there is “light at the end of the tunnel.” The president decides not to run again and the country is staggered by assassinations and unrest.

Public support for the war declines, and American men of draft age face difficult decisions and wrenching moral choices. After police battle with demonstrators in the streets of Chicago, Richard Nixon wins the presidency, promising law and order at home and peace overseas. In Vietnam, the war goes on and soldiers on all sides witness terrible savagery and unflinching courage.

With morale plummeting in Vietnam, President Nixon begins withdrawing American troops. As news breaks of an unthinkable massacre committed by American soldiers, the public debates the rectitude of the war, while an incursion into Cambodia reignites antiwar protests with tragic consequences.

South Vietnamese forces fighting on their own in Laos suffer a terrible defeat. Massive U.S. airpower makes the difference in halting an unprecedented North Vietnamese offensive. After being re-elected in a landslide, Nixon announces Hanoi has agreed to a peace deal. American prisoners of war will finally come home – to a bitterly divided country.

While the Watergate scandal rivets Americans’ attention and forces President Nixon to resign, the Vietnamese continue to savage one another in a brutal civil war. When hundreds of thousands of North Vietnamese troops pour into the south, Saigon descends rapidly into chaos and collapses. For the next 40 years, Americans and Vietnamese from all sides search for healing and reconciliation.

The film features stories from a wide variety of perspectives - and we want to hear your voice too.

See What Other People Are Sharing

PBS and WNED PBS invite you to participate in a national conversation about what happened during the Vietnam War, what went wrong and what lessons are to be learned.

24-HOUR HELP FOR VETERANS & THEIR FAMILIES 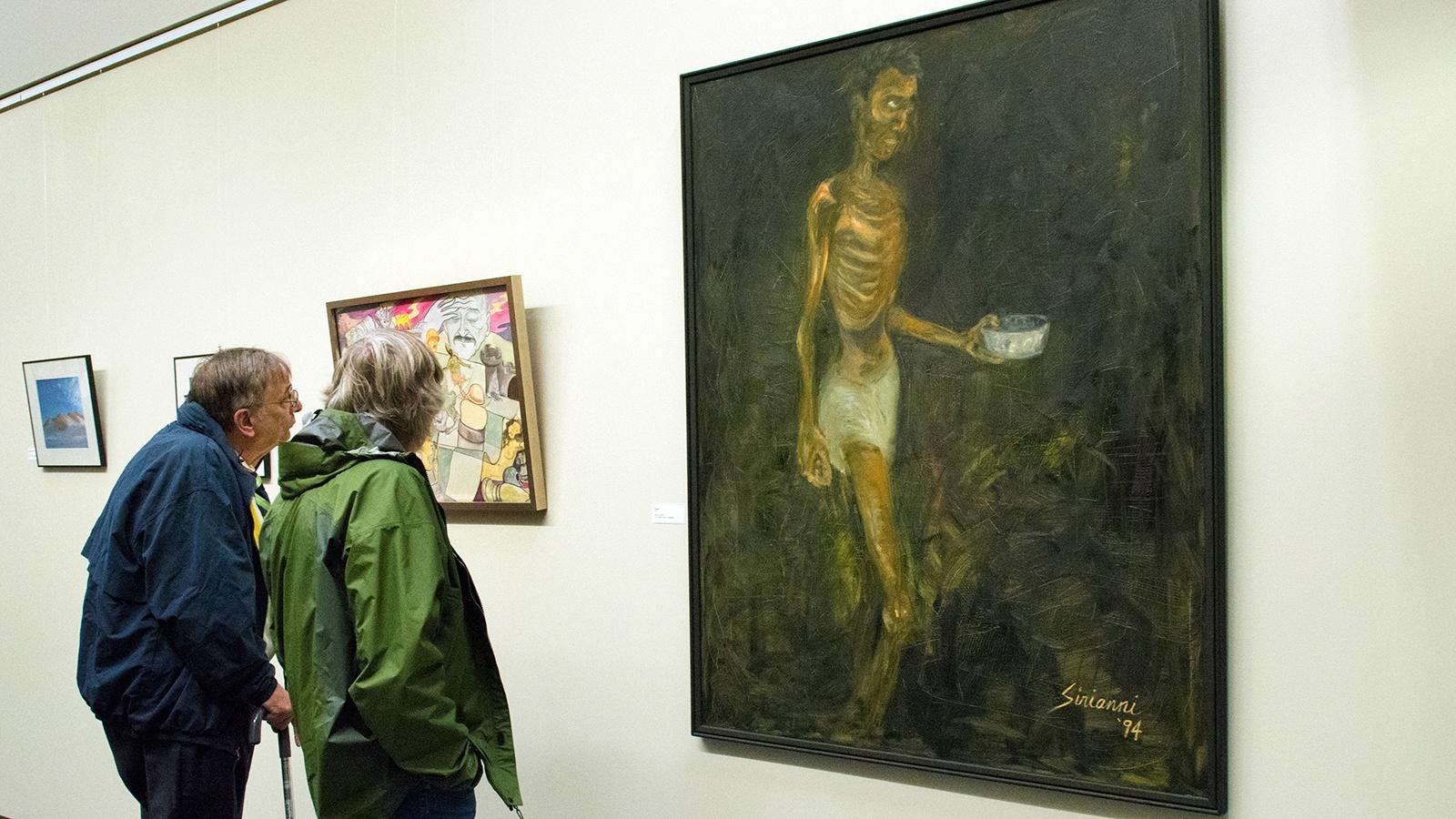 “Veterans as Artists: Transitions”, featuring over 20 works by local veteran artists, demonstrated how these veterans use art as a manner of expressing complex feelings. Fear, hop

In an immersive narrative, Burns and Novick tell the epic story of the Vietnam War as it has never-before been told on film. THE VIETNAM WAR features testimony from nearly 100 witnesses, including many Americans who fought in the war and others who opposed it, as well as Vietnamese combatants and civilians from both the winning and losing sides.

“The Vietnam War was a decade of agony that took the lives of more than 58,000 Americans,” Burns said. “Not since the Civil War have we as a country been so torn apart. There wasn’t an American alive then who wasn’t affected in some way — from those who fought and sacrificed in the war, to families of service members and POWs, to those who protested the war in open conflict with their government and fellow citizens. More than 40 years after it ended, we can’t forget Vietnam, and we are still arguing about why it went wrong, who was to blame and whether it was all worth it.”

“We are all searching for some meaning in this terrible tragedy. Ken and I have tried to shed new light on the human dimensions of the war by looking at it from the bottom up, the top down and from all sides,” Novick said. “In addition to dozens of ‘ordinary’ Americans who shared their stories, we interviewed many ‘ordinary’ Vietnamese soldiers and non-combatants in the North and South, and we were surprised to learn that the war remains as painful and unresolved for them as it is for us.”

Six years in the making, the series brings the war and the chaotic epoch it encompassed viscerally to life. Written by Geoffrey C. Ward, produced by Sarah Botstein, Novick and Burns, it includes rarely seen, digitally re-mastered archival footage from sources around the globe, photographs taken by some of the most celebrated photojournalists of the 20th century, historic television broadcasts, evocative home movies, revelatory audio recordings from inside the Kennedy, Johnson and Nixon administrations and more than 100 iconic musical recordings by many of the greatest artists of the era.

“Ever since THE CIVIL WAR, Ken and Lynn have been behind some of the most important documentary films ever shown on television, films that have in fact made television history and created national conversations around who we are as Americans,” said Beth Hoppe, Chief Programming Executive and General Manager, General Audience Programming, PBS. “Yet even with this remarkable track record, THE VIETNAM WAR stands out as an unmatched achievement that will spark thought, questions and debate around one of the most transformative periods in modern American history.”

The film will be accompanied by an unprecedented outreach and public engagement program, providing opportunities — facilitated by public television stations — for communities to participate in a national conversation about what happened during the Vietnam War, what went wrong and what lessons are to be learned. In addition, there will be a robust interactive website and an educational initiative designed to engage teachers and students through multiple platforms, including PBS LearningMedia.

THE VIETNAM WAR rounds out a trilogy of Florentine Films’ exploration of American wars that began with Burns’s landmark series, THE CIVIL WAR (1990), followed by Burns and Novick’s acclaimed seven-part series about the World War II, THE WAR (2007). 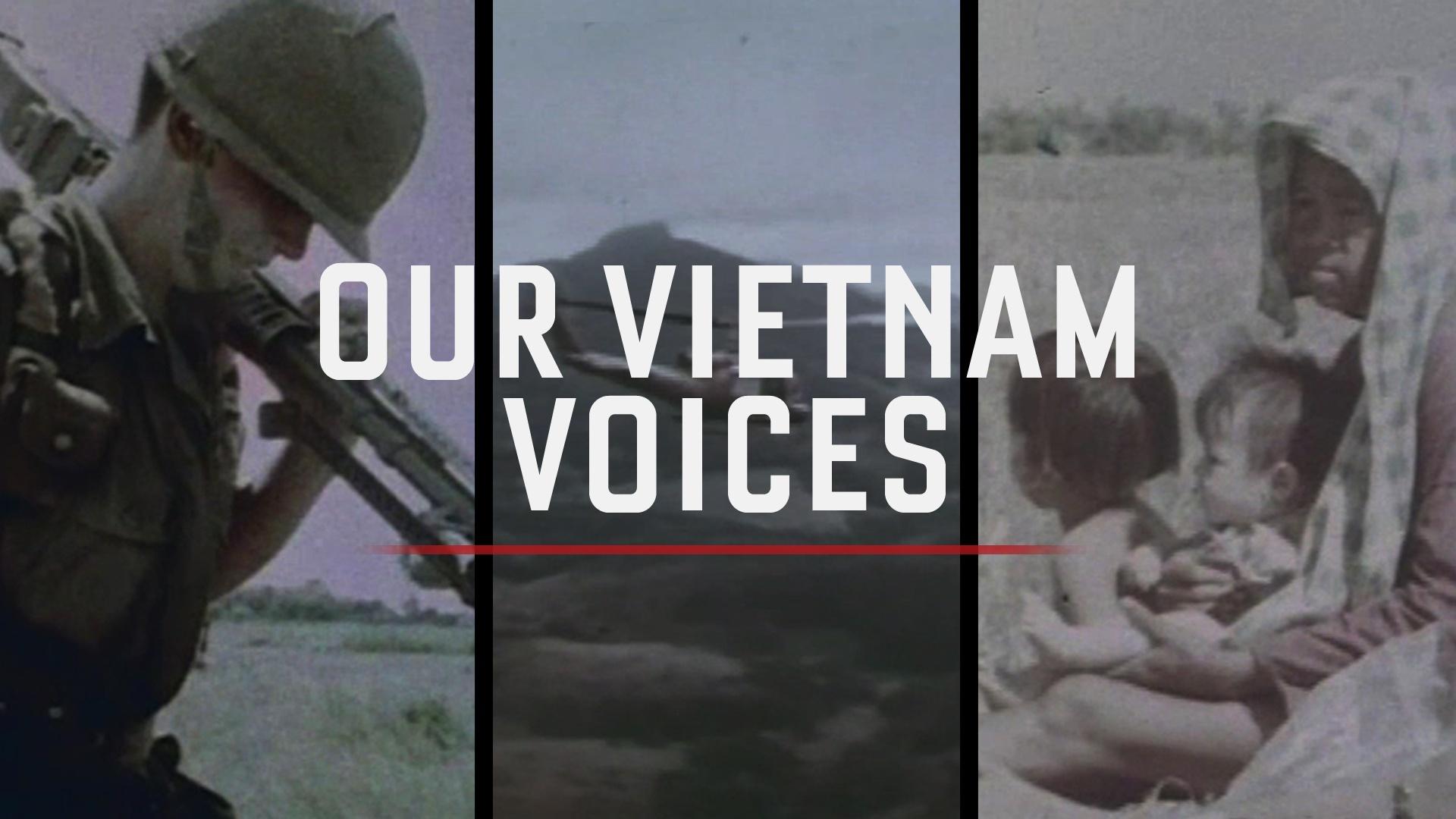 Voices From the Film

A N. Vietnamese soldier laments how the war pitted Vietnamese against each other.

A mother wonders how she'll be informed if her son is injured in combat.

Ken Burns & Lynn Novick tell the story behind their most ambitious film to date.

The Vietnam era was marked by protests, not just about war, but also for social change.

On November 15, 1969 half a million citizens gathered in D.C. to protest the war.

Not Since The Civil War | First Look

A GI recalls how the Vietnam War divided American society.

A soldier describes the enormous high and enormous costs of combat.

With the Vietnam War ramping up, college students begin to worry about the draft.

Karl Marlantes, a marine veteran, from THE VIETNAM WAR.

A VietCong soldier realizes his American enemy is not unlike his own countrymen.

Save Us | First Look

A Vietnamese woman learns that the powerful American military is coming to her country.

A South Vietnamese soldier is shot but fights on.

The Fear Went Away | First Look

A navy pilot describes being shot down on his first combat mission.

A veteran GI remarks on the real heroes of the Vietnam War.

How Am I Doing This? | First Look

A GI talks about his fear of land mines, and the courage it took just to walk in Vietnam.

A Marine phones his mother when he doesn't think he'll make it out of Vietnam alive.

Behind the Scenes | Making of THE VIETNAM WAR

The filmmakers discuss their decision to make a film about the Vietnam war era.

Behind the Scenes
1 / 6 Videos 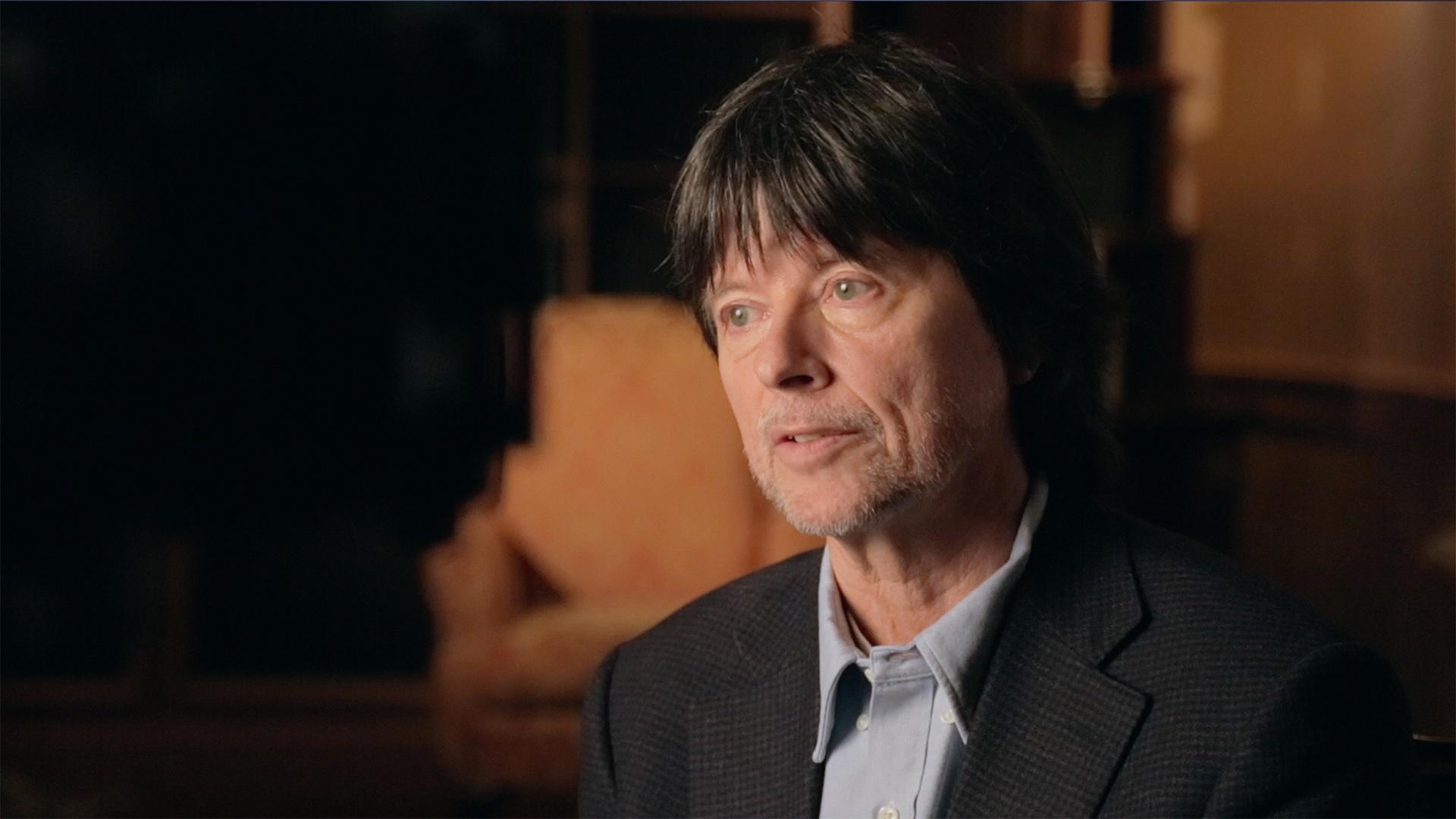 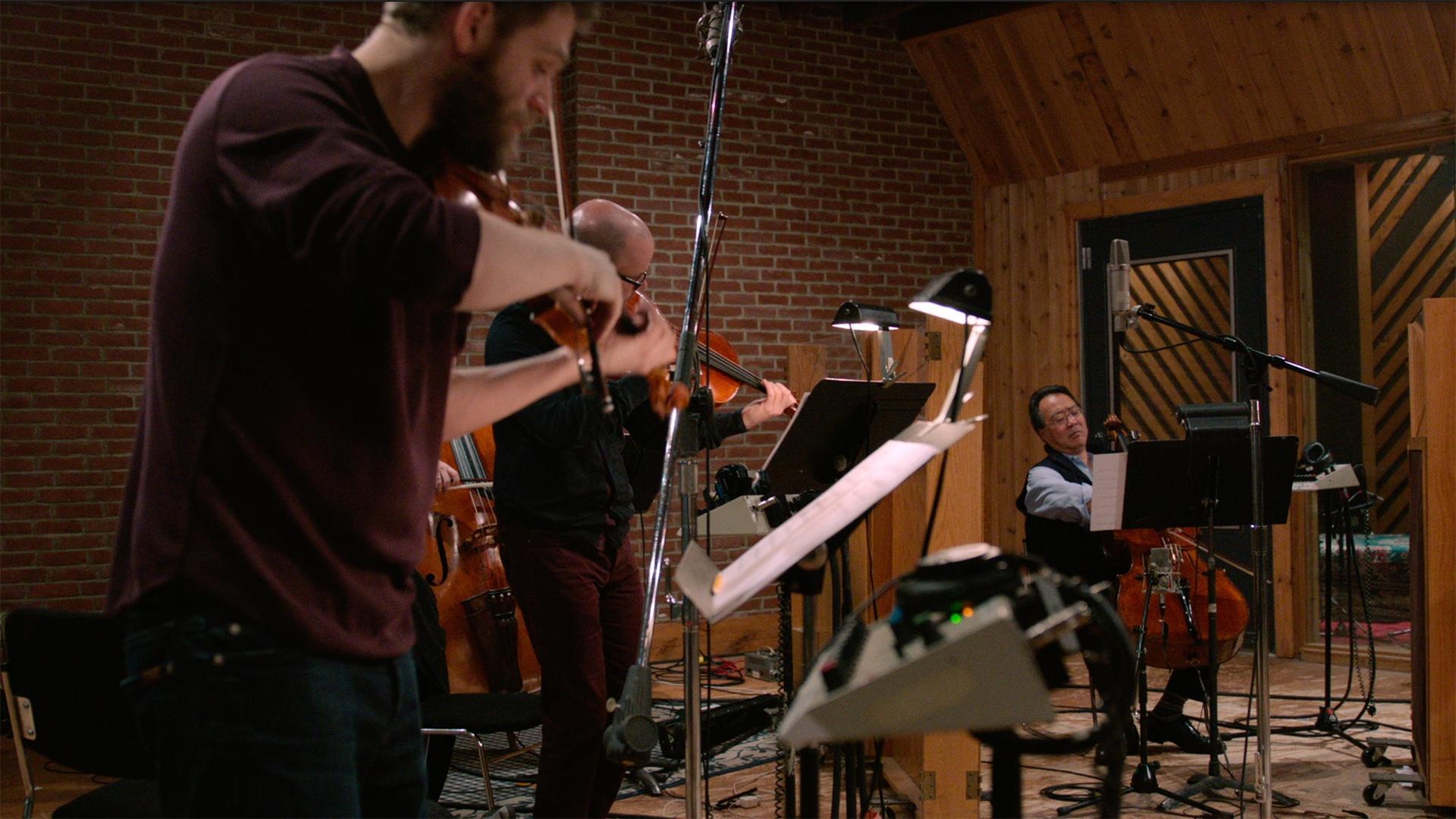 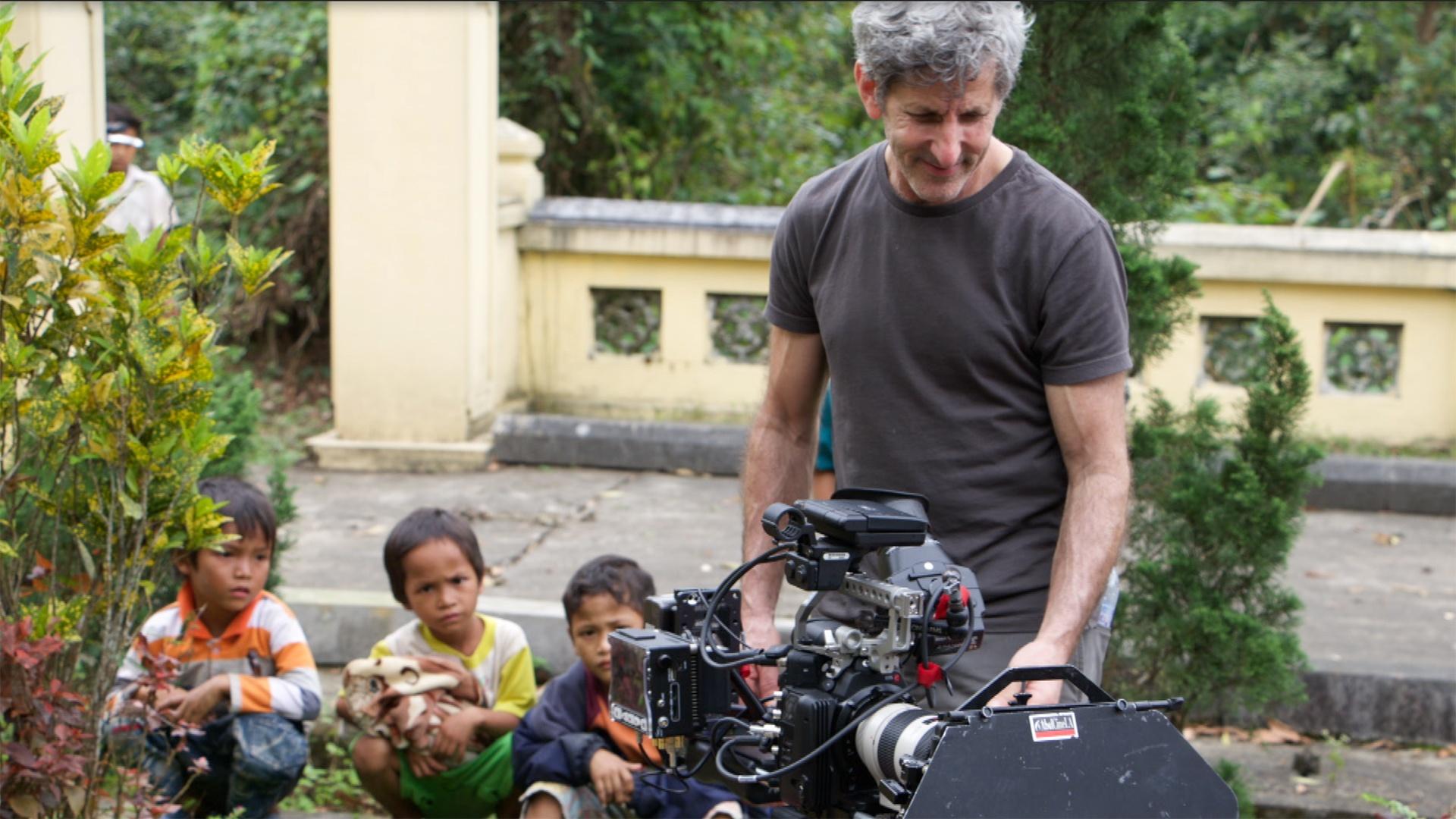 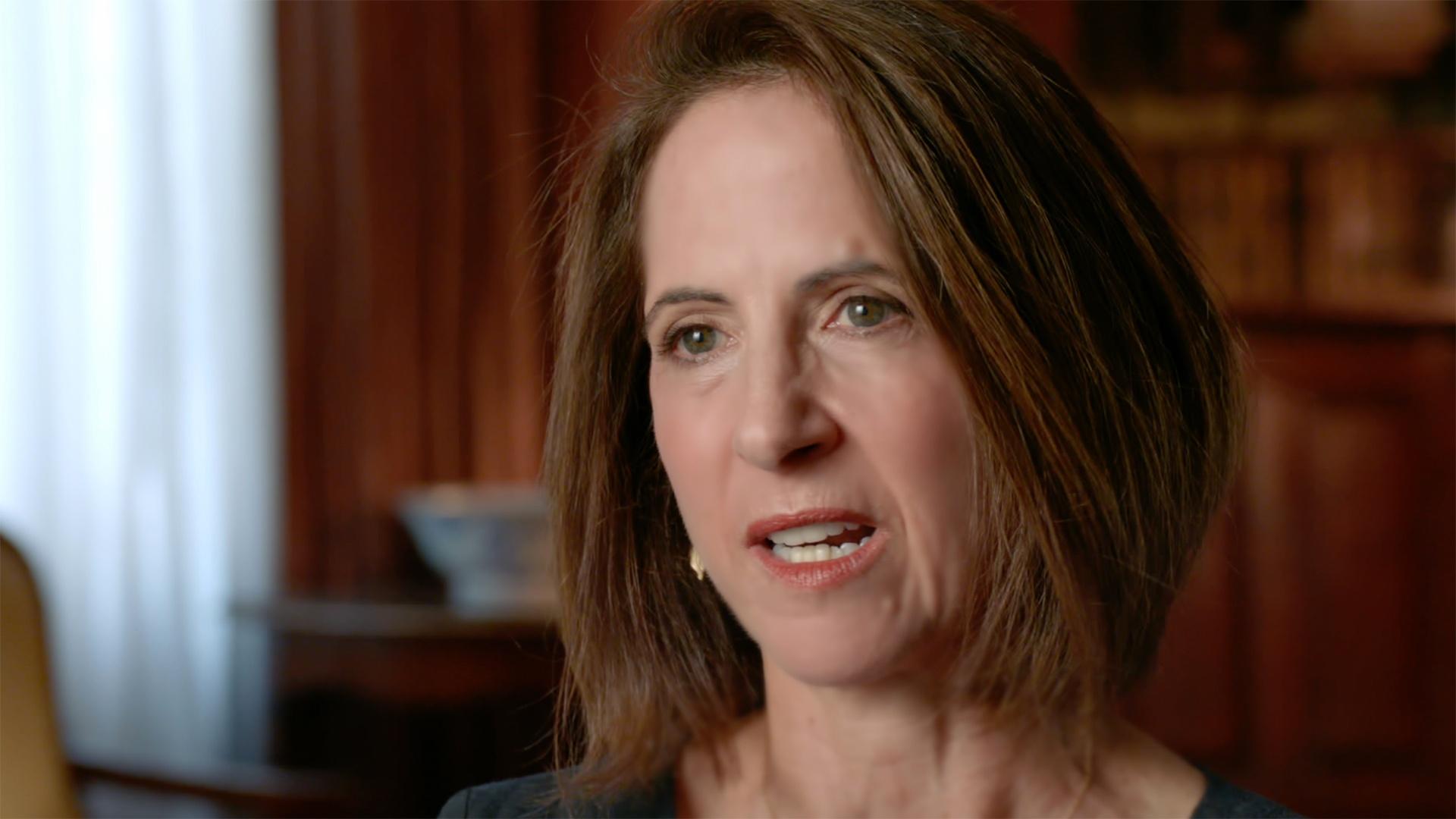 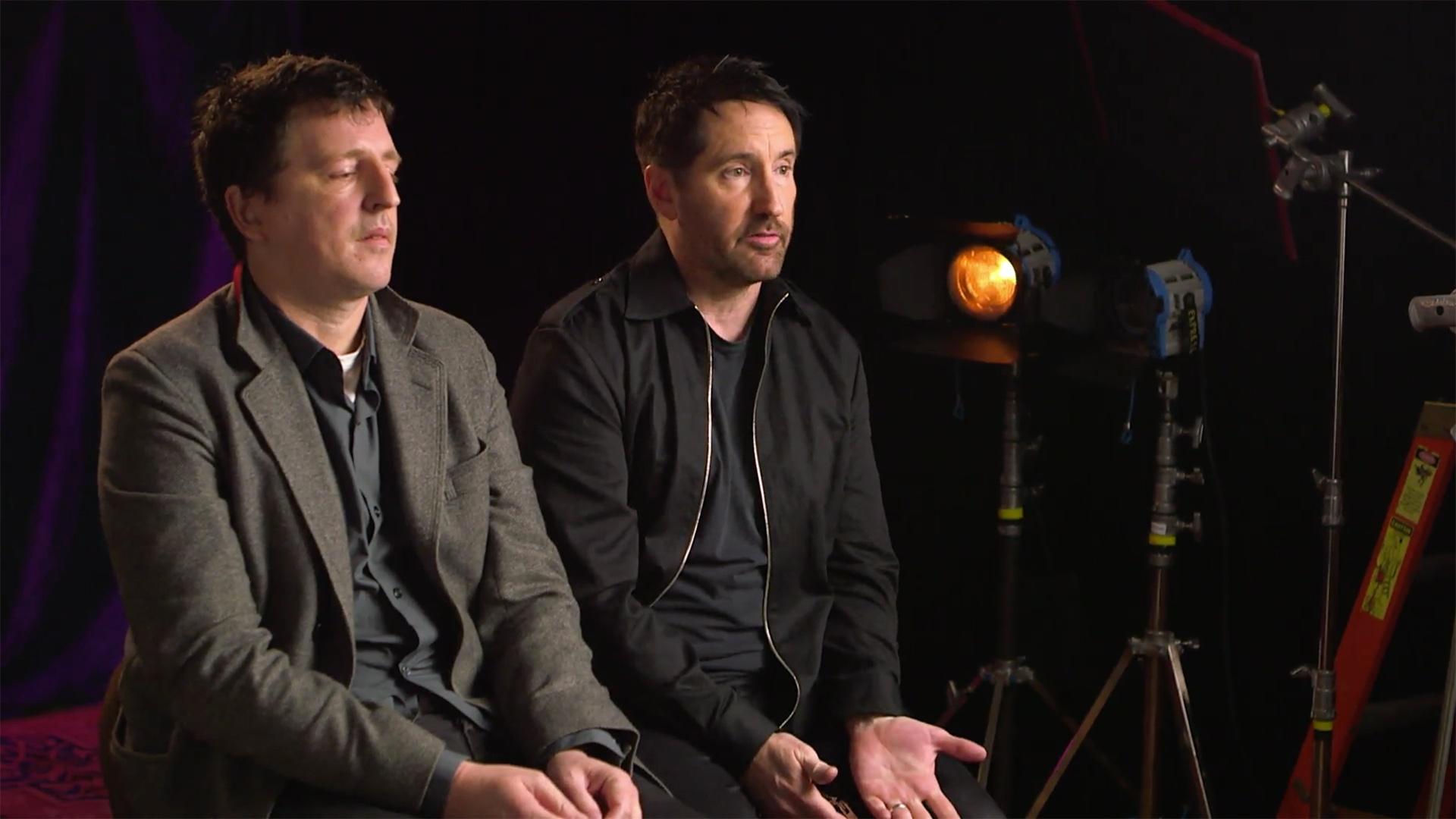