WBFO's Mental Health Initiative Facebook Live events are an engaging way to connect with the community through social media. Each event is focused on a singular topic and brings different experiences and perspectives together into one conversation.

Our conversations have focuses on the changes in mental health treatment over the years, the New York State mandate for teaching mental health, how inside Crisis Services hotlines respond to citizens in need, personal experiences of living with mental illness, and how mental illness is portrayed in pop culture. Watch them online now (below).

As COVID-19 leaves us in in a dual crisis of physical and mental health, in April we will host a series of Facebook live discussions on your mental health related to the coronavirus pandemic.

Each Thursday in April and May on WBFO’s Facebook page we presented information to help you understand how this pandemic can affect your mental health. We talked about coping, quarantine, isolation and more.

WBFO welcomed credentialed alcohol and substance abuse counselor Karl Shallowhorn to talk about addiction and risk of suicide amidst a global pandemic. He spoke about integrated treatment, the biology of addiction, and how mental health first aid can help you assess someone's risk of suicide.

Dave Debo, WBFO’s News Director, talks with psychiatrist Dr. Sourav Sengupta from UBMD Psychiatry and Oishei Children’s Hospital about the mental health of those facing COVID-19 on the front lines - first responders, healthcare workers and those in essential businesses.

Dave Debo, News Director, welcomes Dr. Ursuline Bankhead, a psychologist working in geriatrics and with older adults at the VA WNY Healthcare Center. She answers questions and comments from older adults and their caregivers regarding the range of emotions this population is experiencing during this pandemic.

Your Mental Health during COVID-19 | Children and Adolescent

Dave Debo, News Director, welcomed Dr. Aimee DiPasqua, a child psychiatrist from Spectrum Health and Human Services. She answered questions and comments from parents and other caregivers regarding the range of emotions children are experiencing during this pandemic.

Your Mental Health during COVID-19 | PTSD

Host Dave Debo, WBFO’s News Director, talked with local Advanced Practice Clinician, Ofer Ziv, from Horizon Health Services about signs and symptoms of PTSD, how you can help those who struggle with it, and how this health crisis is having an impact on all of us.

Your Mental Health during COVID-19 | Stress and Anxiety 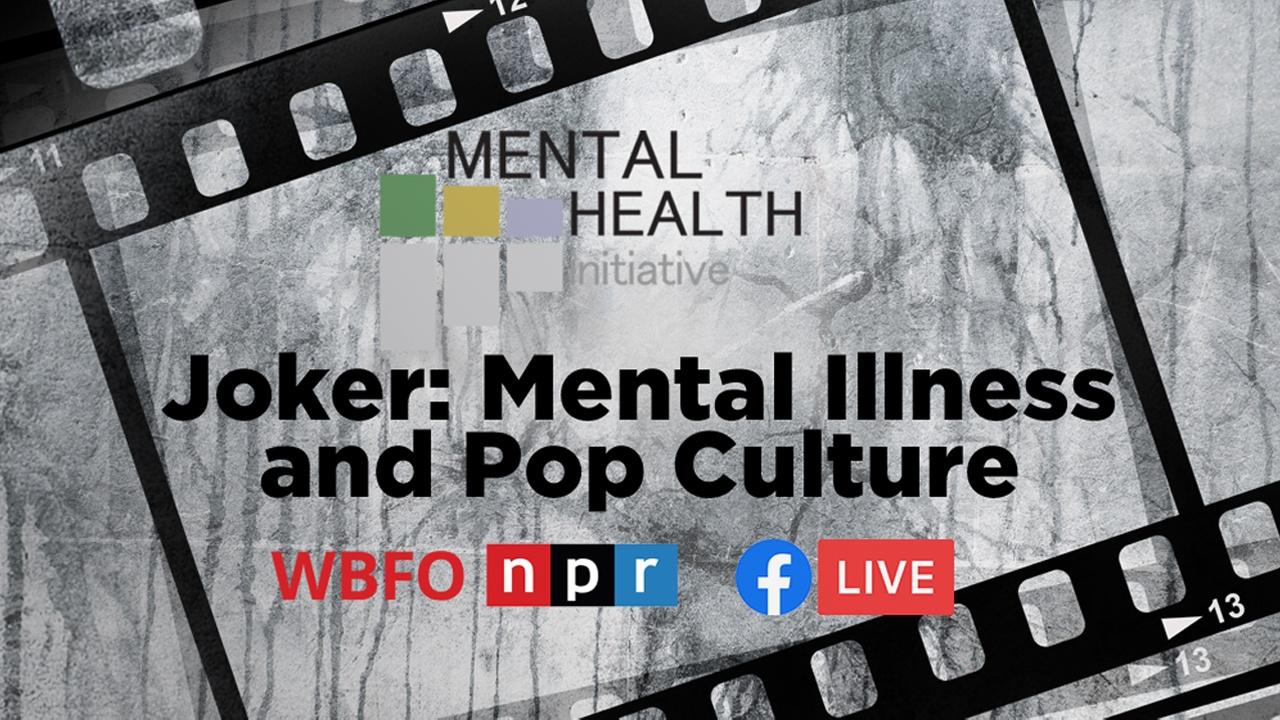 In this Facebook Live, we examined how mental illness is portrayed on the big screen through the lens of the blockbuster film “Joker” staring Joaquin Phoenix.

We looked at how accurately the film portrays people suffering from mental illness. For example, does the film incorrectly strengthen the link between mental illness and violence? As part of our Mental Health Inititative, WBFO held a Facebook Live discussion at the Merriweather Library on Jefferson Avenue Tuesday night.

The statistics are concerning:

As part of our Mental Health initiative, Buffalo Toronto Public Media hosted a Facebook Live event on the topic of mental illness among young people.

WBFO reporter Nick Lippa was joined in conversation with Kaitlyn Ledzian and Juliana Hill, both 22 years old and both youth peer advocates with Mental Health Advocates of Western New York.

Youth peer advocates have lived experience, meaning they have a mental illness that is stabilized, and are credentialed to assist other young people who are experiencing mental illness.

They talked about the rise of anxiety, depression and suicide among youth.

WBFO hosted a Facebook Live conversation on location at Crisis Services. We were inside the facility, where 24/7/ hotlines are open to respond to citizens in need. Crisis Services responds to - mental health/illness crisis – suicide – rape victim – domestic violence victim – child abuse – where to find helped for loved ones in crisis – drug over does – drug addiction and mobile outreach.

We answered questions from our Facebook audience and explained how the public relies on Crisis Services to respond to their ‘life-emergency’.

As 2018-2019 the school year begins, a new law mandates mental health education for students across New York. We're discussing the new curriculum that aims to teach children about their mental well-being and what it means for teachers and students.

As part of WBFO's Mental Health Initiative, senior reporter Eileen Buckley lead a panel discussion about the dramatic changes in treatment over the years. Panelists discussed "breaking the stigma" to generate a new understanding of mental illness.

The focus of WBFO’s Mental Health Initiative is to normalize the conversation about mental illness by bringing this issue from the shadows into everyday light. This two-year project will provide in-depth coverage of mental health issues and help to build the mental health literacy of our community.